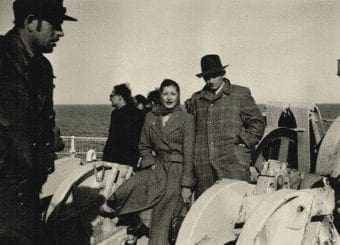 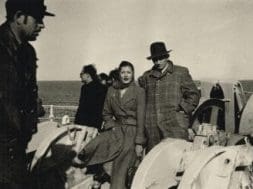 Occasionally, I am able to share someone else’s story. Gabriela  Jarrell was born in Canada, and grew up in the United States with German parents. She was lucky enough to have her Omi living in the home. This bit is only part of the story, since Gabriela is writing a book about her experiences. I look forward to reading more!

Starting Over in America

“I was born in Toronto, Canada and spoke German for 4 years prior to kindergarten. However by that time I was living in Ohio. I lived in Lyndhurst, Ohio from the age of 4 till the age of 23. My family was the only relations in America. I had a first cousin in Kitchener, Ontario and the rest of my father’s family was still in Eibesdorf., Romania, ( a German sector in Romania) after the wall came up. My father had been drafted at the age of 15 into the German army and did not get to see his family again until 1971. He kept saving money to have one person at a time moved to West Germany. Everyone was able to be taken to Germany due to his fortitude.

My mother and grandmother came from Luckenwalde, 50 km outside of Berlin. My mother was taken from my Omi when my mom was 5 due to having asked my grandfather for a divorce because she had discovered that he had not kept true to his marriage vows. However in Germany a woman’s rights were often not recognized. He was a soldier and would not give my grandmother a divorce and instead took my mother away from her to work on a farm for 12 years. They were finally reunited 12 years later when he wanted to remarry and then had another daughter who we met many years later. My grandmother was to live with us and when they still had the barbed wire in place where the wall was to go up, my grandmother ran through the wire an entire night to escape to West Berlin. She survived but with the Russians at her feet, she could only take a couple of pictures. My mother was just “ganz froh” that she made it to the West alive. 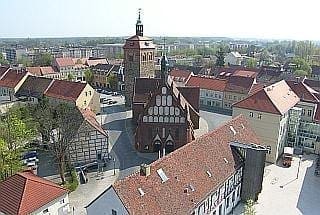 The plan was to make passage across the Atlantic to Canada and then work their fee for the passage in several work camps when they arrived. Here they met some of their closest friends. My father was to have gone to Pennsylvania to manage a factory for his great Aunt. However she had planned for him to marry her friend’s daughter. My father said that she was too late and that he had already been married to my mother. She curtly told him that the agreement was off and that was the last he ever saw her.

In Cleveland, Ohio where we lived on the east side in Lyndhurst there were very few immigrants. Rather we moved into a very nice new neighborhood. However my parents did not ask about the types of neighbors in the area. We had a slight mix however 99% of the neighbors were of Jewish descent. My parents did not have a problem with this as they did not in Germany. It was ironic but it did influence my upbringing and the person I became. There was a club for the Germans that came from Eibesdorf and that was the social world for my father. My mother studied cosmetology and worked for a salon in Shaker Heights, OH for 25 years. She was extremely good in this work and her creativity paid off in many awards and trophies for her skill. My grandmother took care of the home and cooked all of our meals and we ate at exactly 7 am, 12 noon, and 6 pm. On the weekend we had our dinner meal on Sundays and ate cold cuts and a variety of fresh fruits and vegetables for the Sunday evening meal. I did not have the experience of bringing lunch to school as the school broke for an hour and a 1/2 and I was able to go home where she would have lunch waiting for me.

I loved my childhood and my being German never was a problem. My brother was born 11 years later and he lived a completely different life. German was not even in the repertoire for him. In that we were so far apart in age we did not get to know each other in the earlier part of our lives but did for a time in his late 20’s and 30’s. 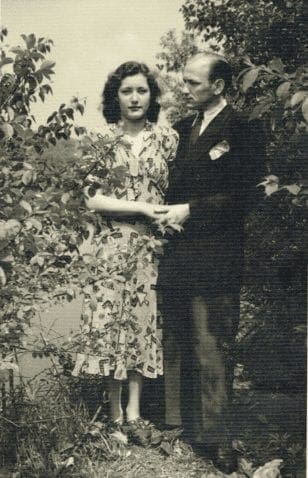 I was able to see the wall in 1975 when I took a 5 week trip throughout Europe with my mother, and I was able to see her home, nothing had changed at that point. It was as if time had stood still.

My husband and I took my mother and his to Europe for another 5 week tour in 1998. My goodness, how much had changed. My favorite place was Garmisch-Partenkirchen and at one time in my life I was going to move there on my own. We still think it would be a lovely place for retirement but the cold would not do well with my husband who is from Savannah, GA.

It is getting close to that time. We have had a difficult time for the past 10 years as my mother had Alzheimer’s and passed away recently in July, 2012. My father passed away 10 years ago at the beginning of Parkinson’s. One day my husband and I will take the ashes of my grandmother, mother, and father to their respective graves that are in place for them now.” 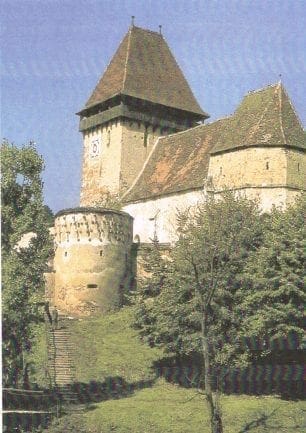 Thank you so much Gabriela for sharing a piece of your life with us.

I know I’m not alone in hoping that you are able to get the rest of your book written soon! German history is made up of stories like this. I believe that sharing them is a gift to those who come after us… a way of remembering who we really are. 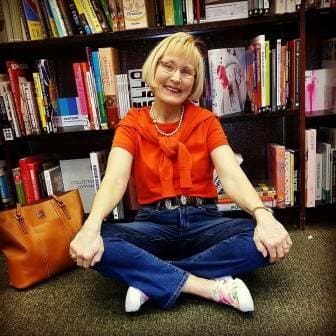 If you have a story you would like to share, please contact me at [email protected] I am happy to work with you on a guest post. Don’t worry about your writing skills… we can work together to tell your tale.

0
0   0
previous Memories of Christmas in Germany, A Trip to the City
next The History of the Freistadt Alte Kameraden Band 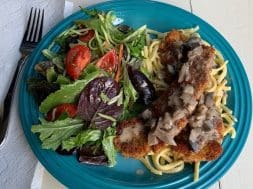 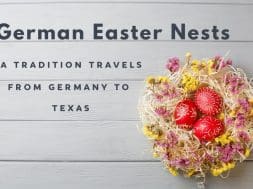