If you love and collect Hummel figurines, then these Hummel Christmas Tree Ornaments will be a wonderful addition to your Tree. These ornaments come as figurines or balls based on sketches by Berta Hummel herself.  A special edition Hummel Gold Christmas Ornament collection will bring sparkle to your holiday decorations!

Berta Hummel was born in Bavaria in the early 1900s and enrolled in the Academy of Applied Arts in Munich, Germany, where she developed her talent further. Children were largely the subjects of her drawings. But her life centered on her religious vocation. She entered a convent where she continued to pursue her artwork and later changed her name to Maria Innocentia. Her drawings began to be published on postcards. Franz Goebel liked the drawings and made an agreement with her to produce porcelain figurines from her images. Goebel’s company only was granted the right to produce the figurines based on M.I. Hummel’s drawings. Berta Hummel was so prolific that new figurines can still be created today.
Learn more about Hummel Figurines history here 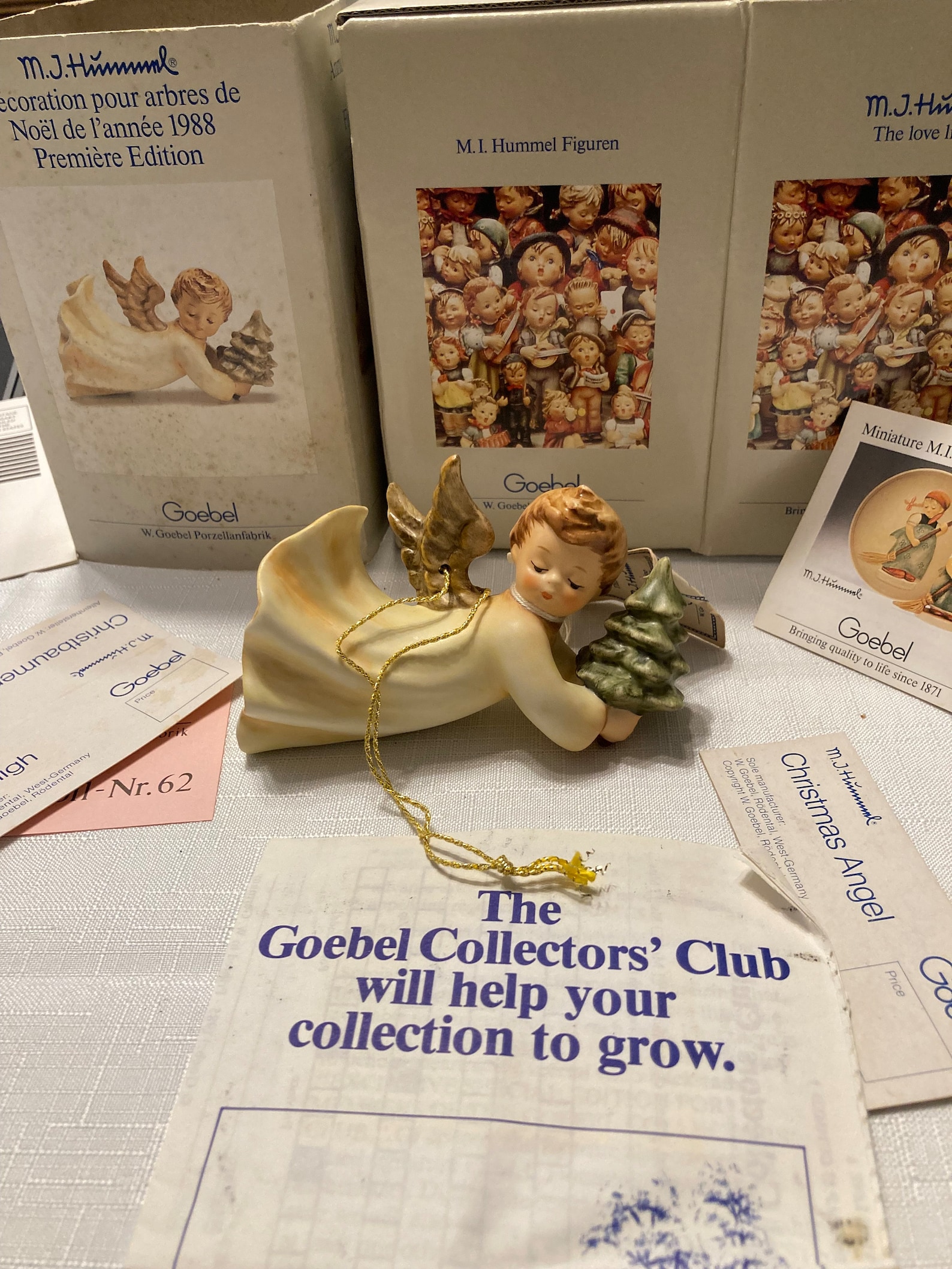 The popularity of Hummel figures grew, and it was only logical that Hummel Christmas Tree Ornaments be created and sold to delighted collectors.

If you’ve ever held a Hummel figurine, you know that they are too big and heavy to hang on a Christmas tree. And there are just too many bits that can break off it you aren’t careful. This means a Hummel figurine ornament will be smaller, lighter and more compact than a regular Hummel figurine. You’ll find ornaments based on regular figurines, as well as religious figurines. 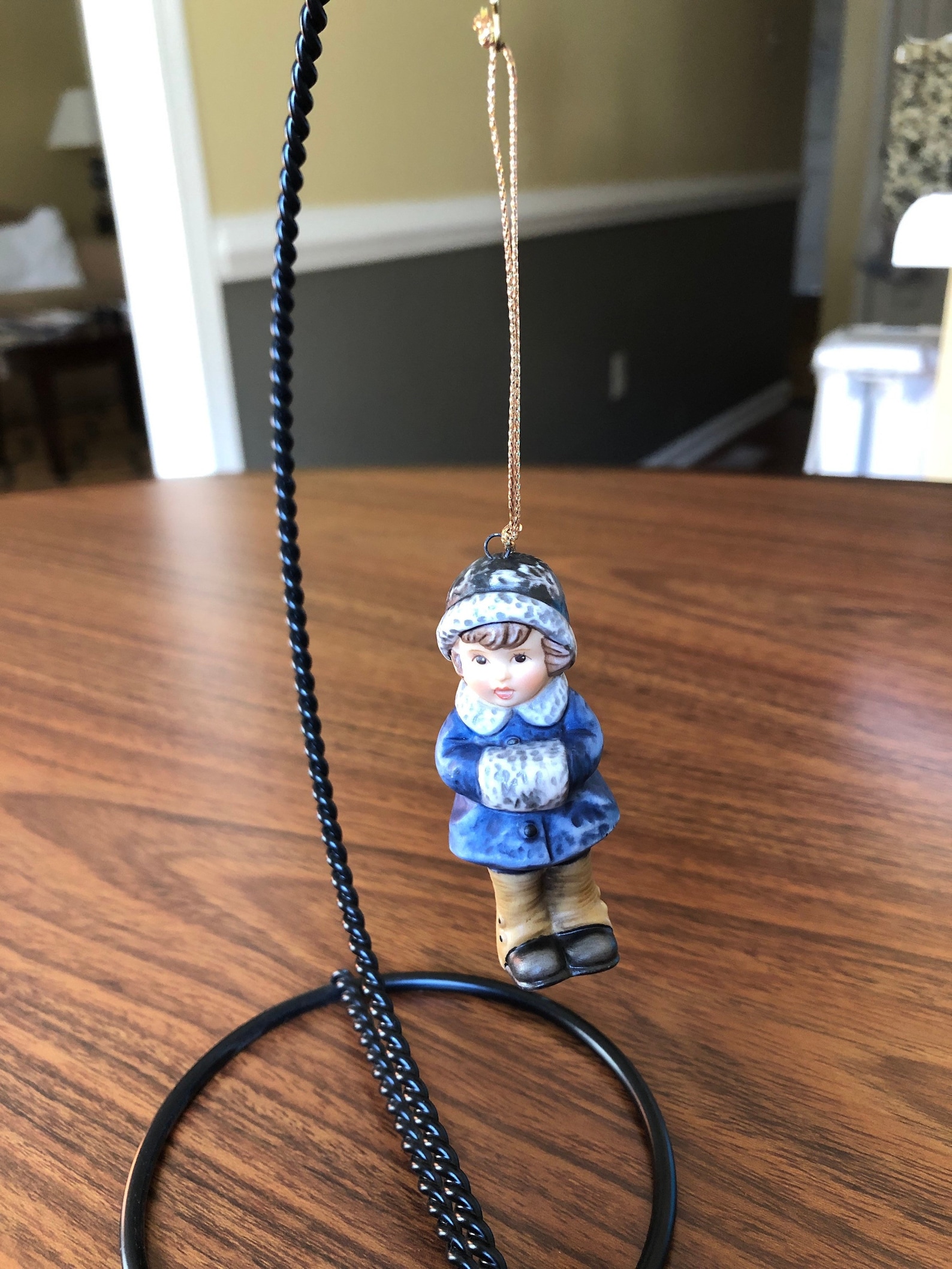 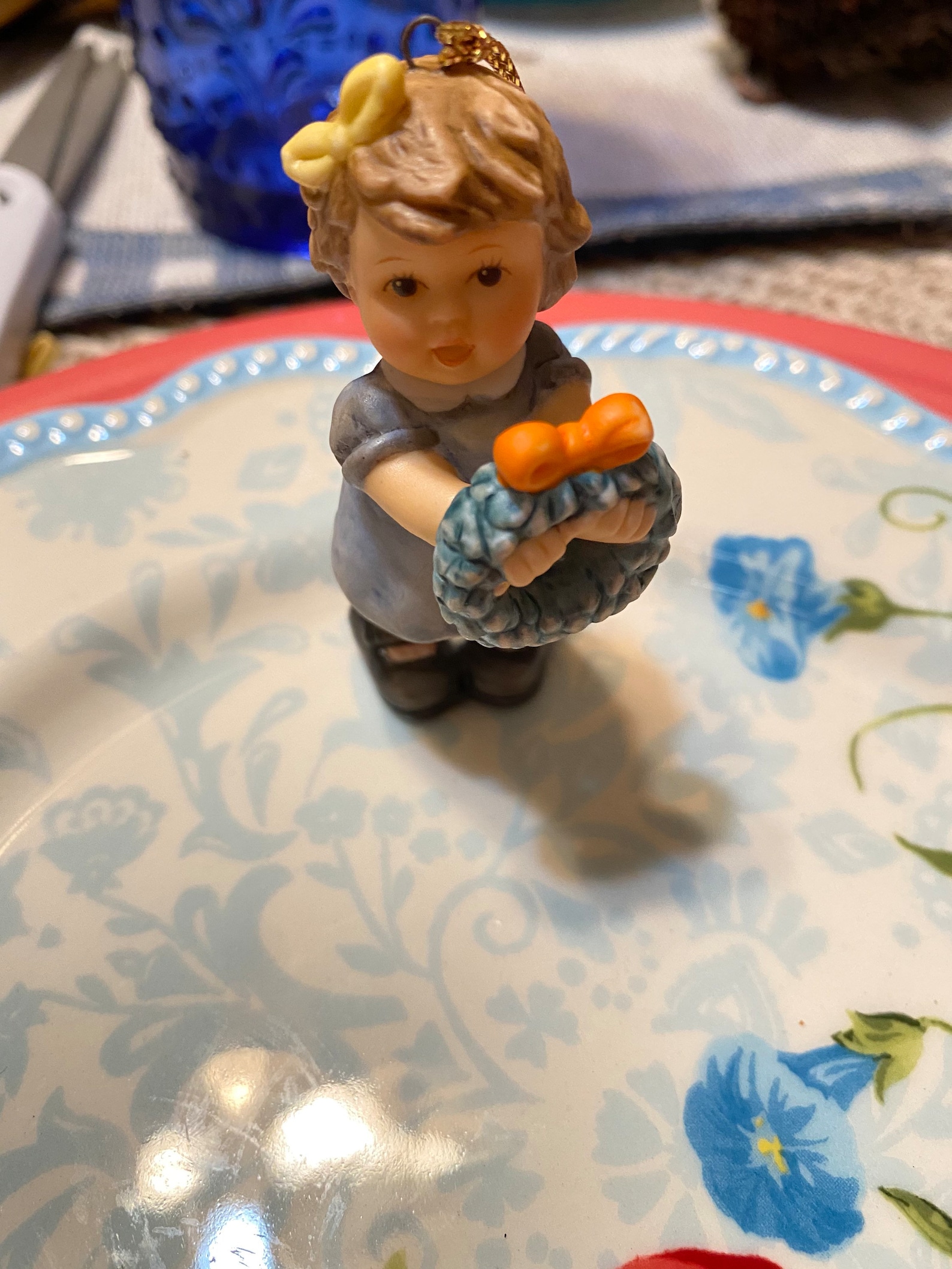 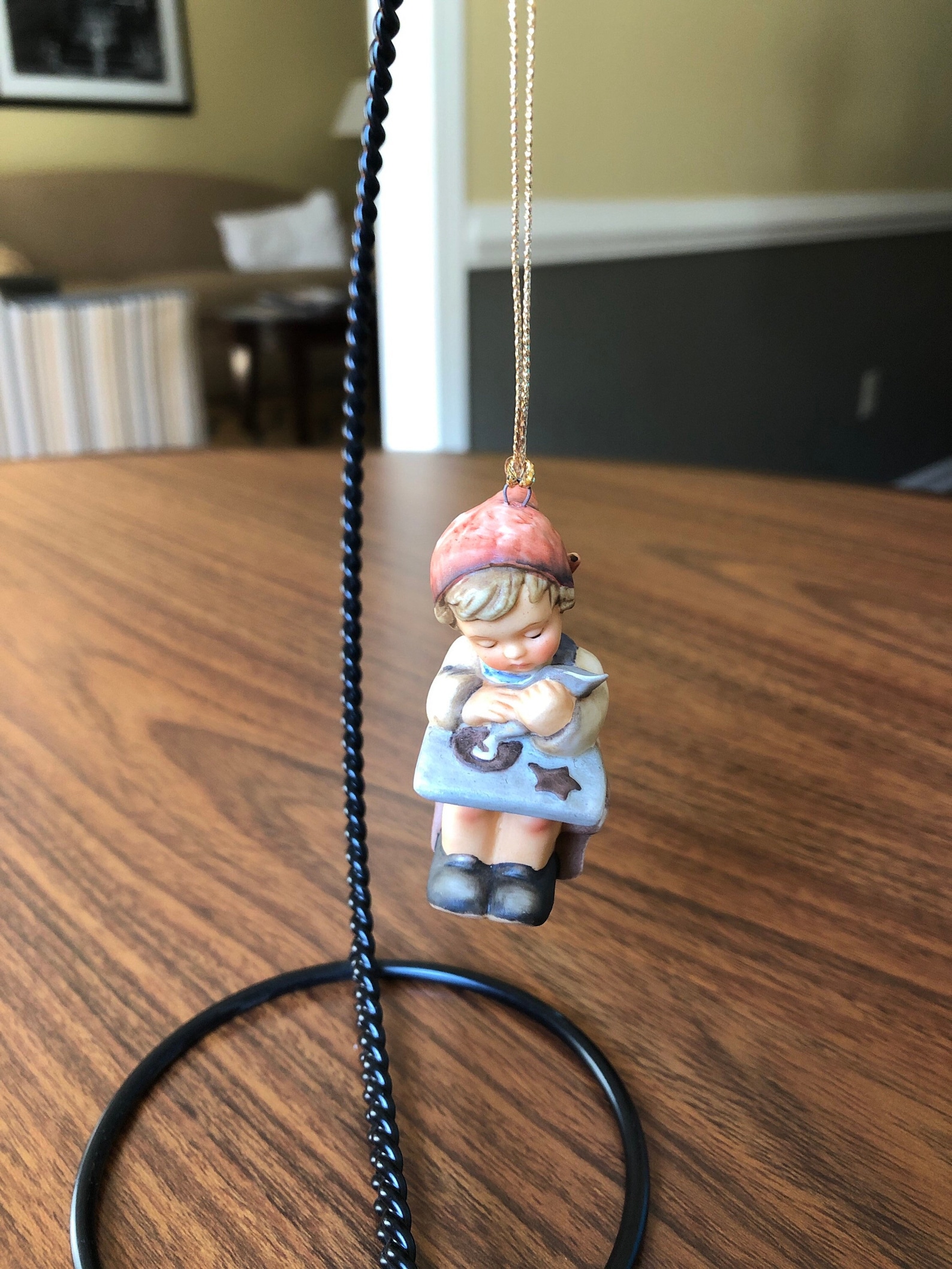 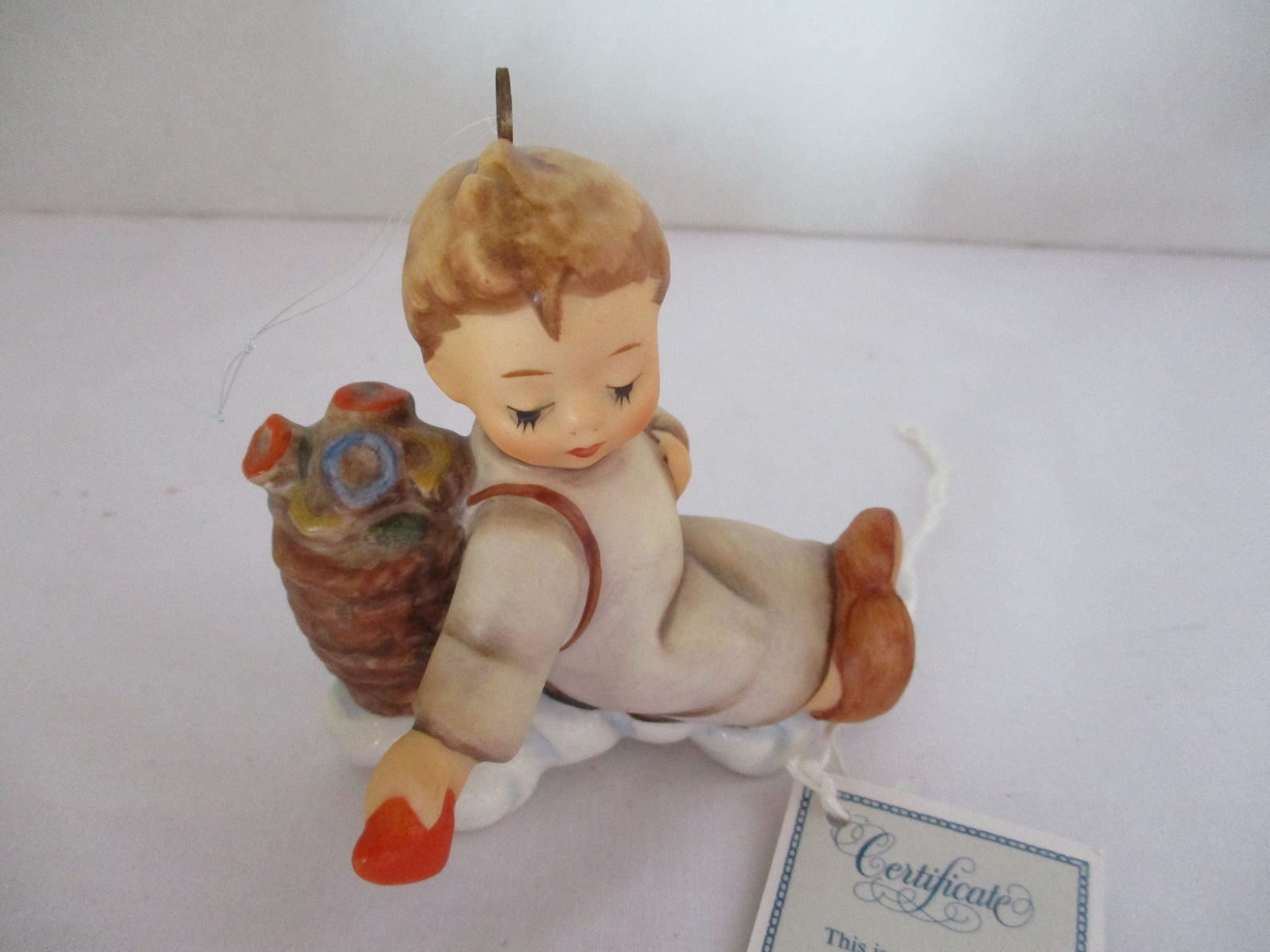 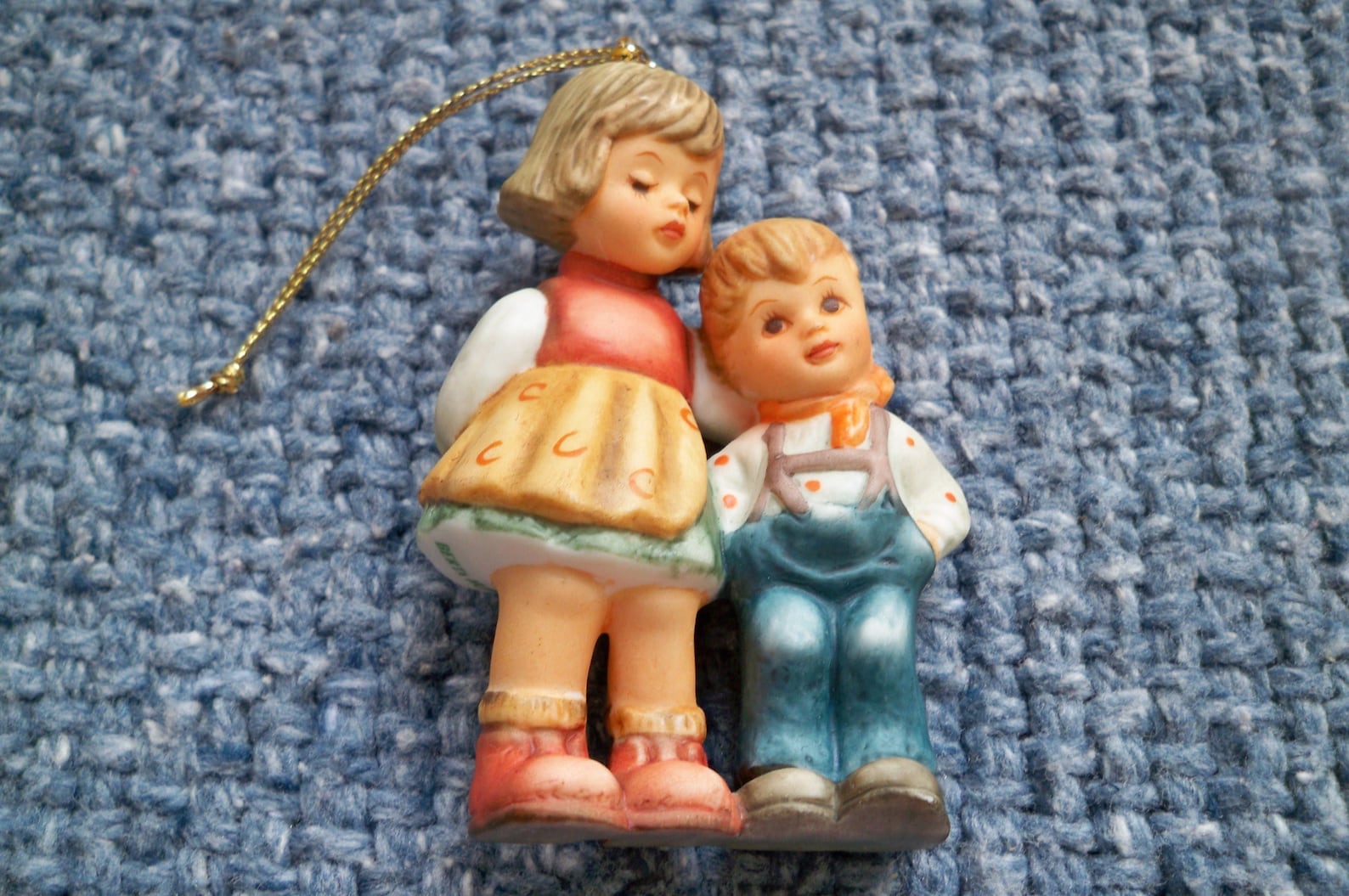 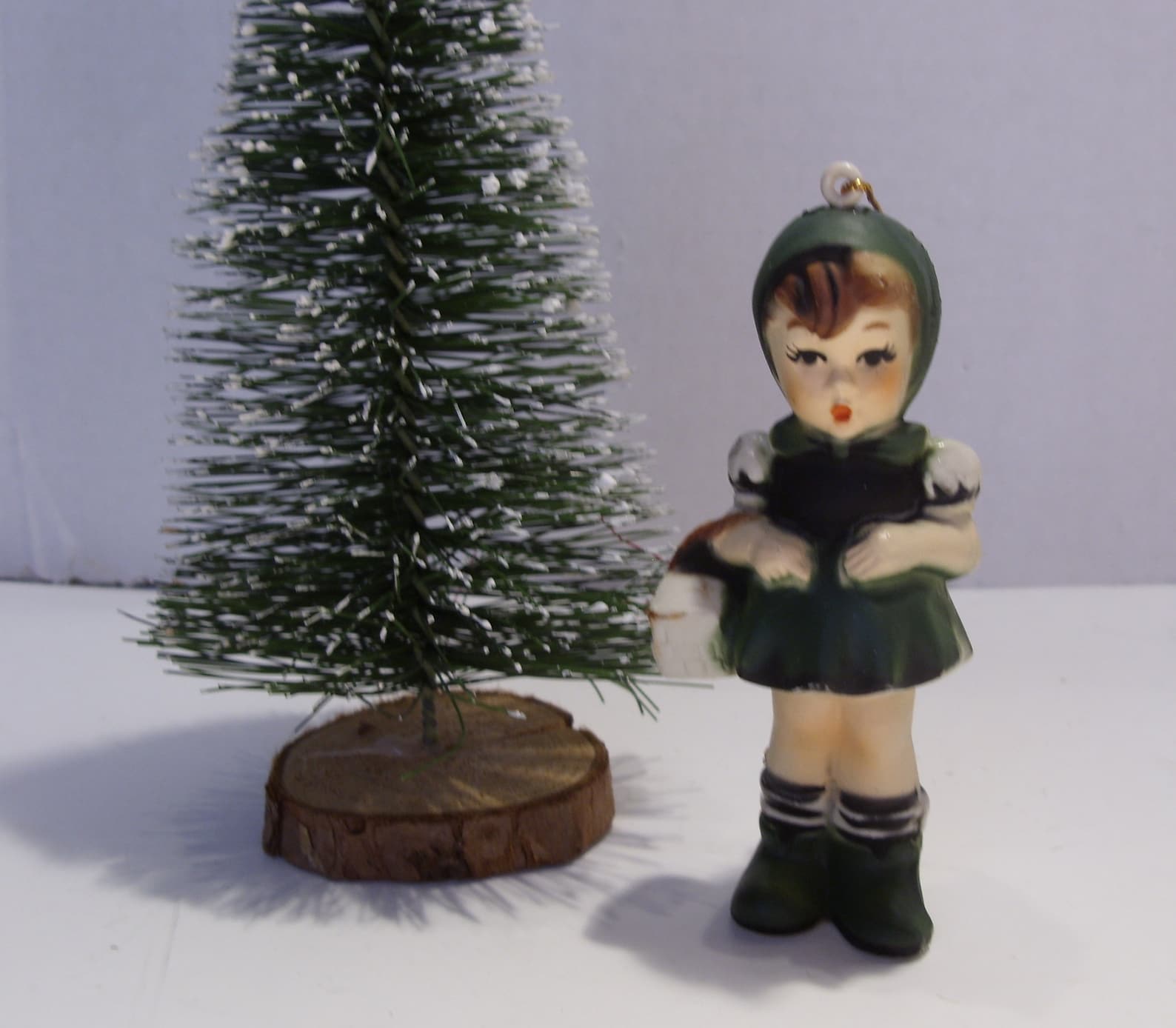 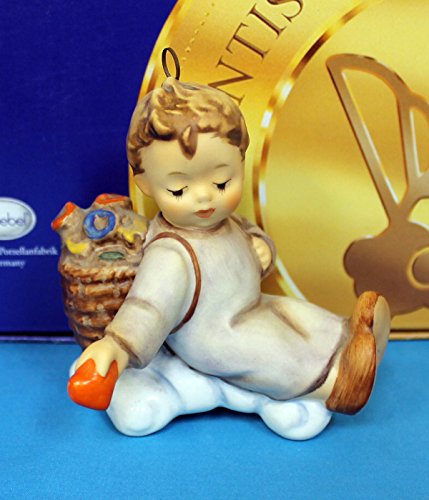 Hummel Ornament 481 Love from Above 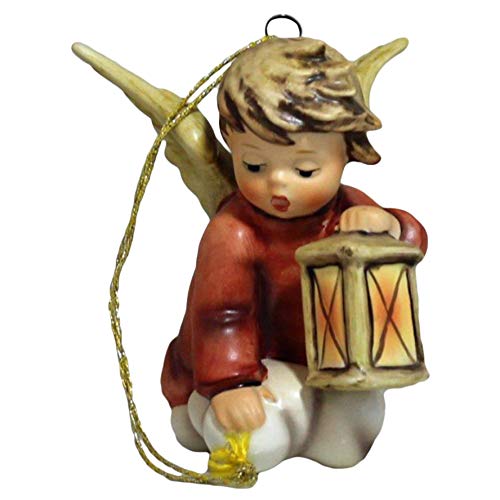 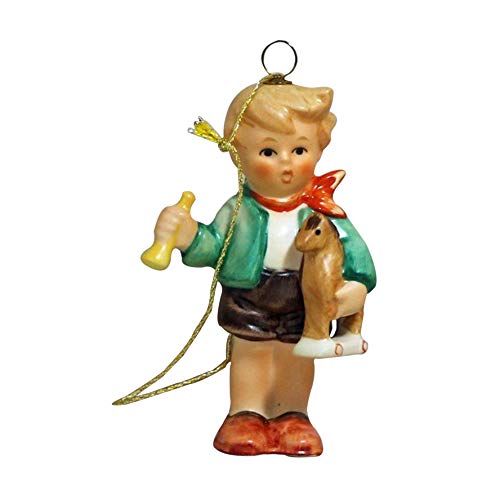 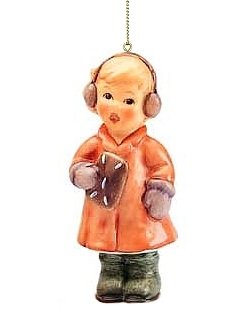 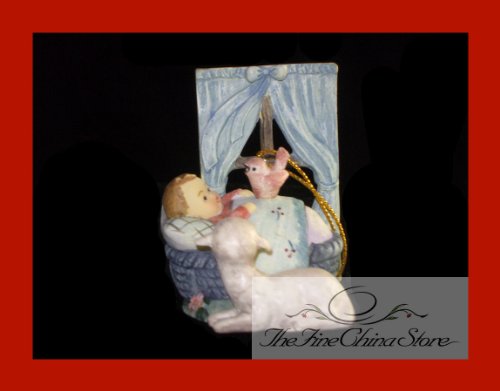 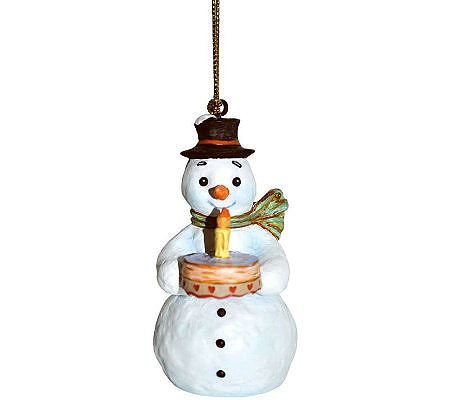 Hummel Snowman Ornament – A Wish For You 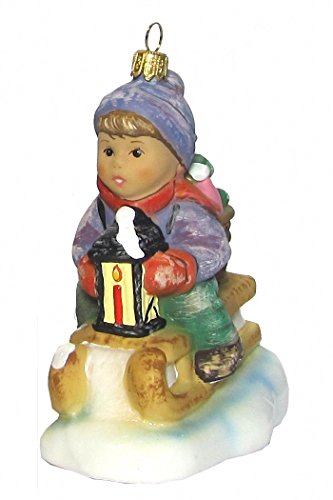 These beautiful 24kt gold ornaments that were produced in the 80’s by Danbury Mint. Both sides of the ornaments have images that depict the famous artwork of M.I. Hummel and have three dimensional gold details surrounding both outside edges that match the particular artwork. They measure 3″ across x 3/4″  thick. 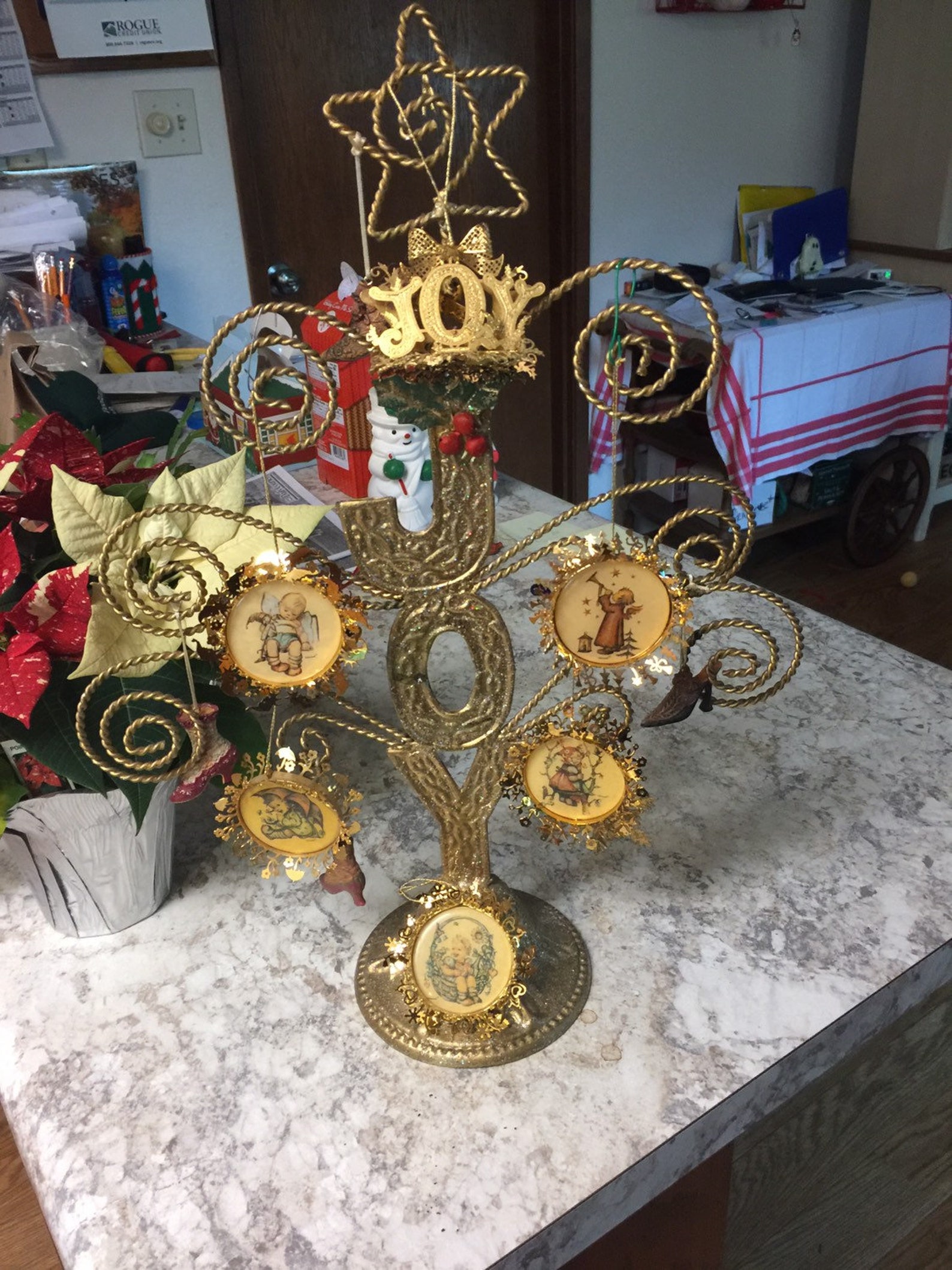 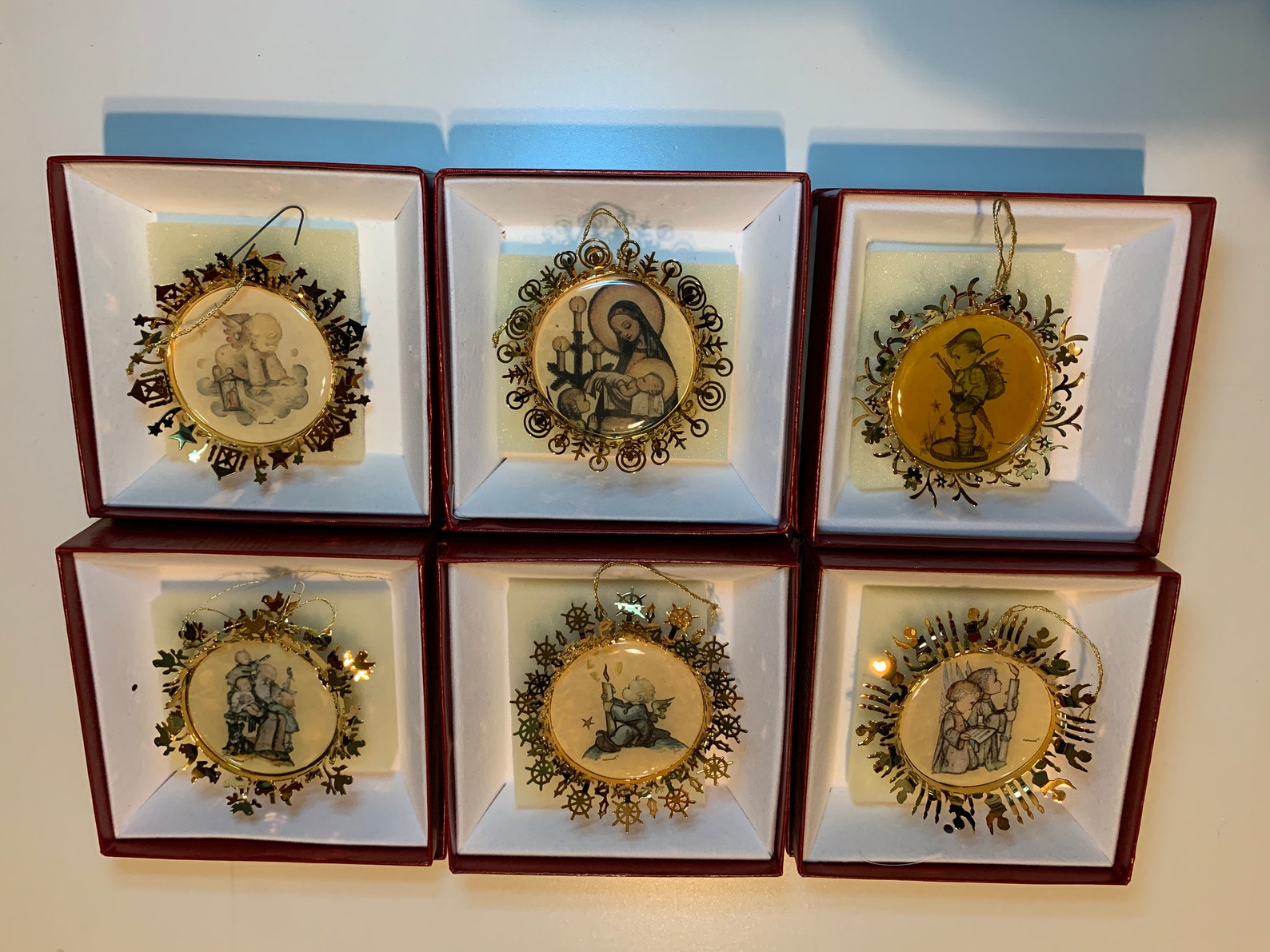 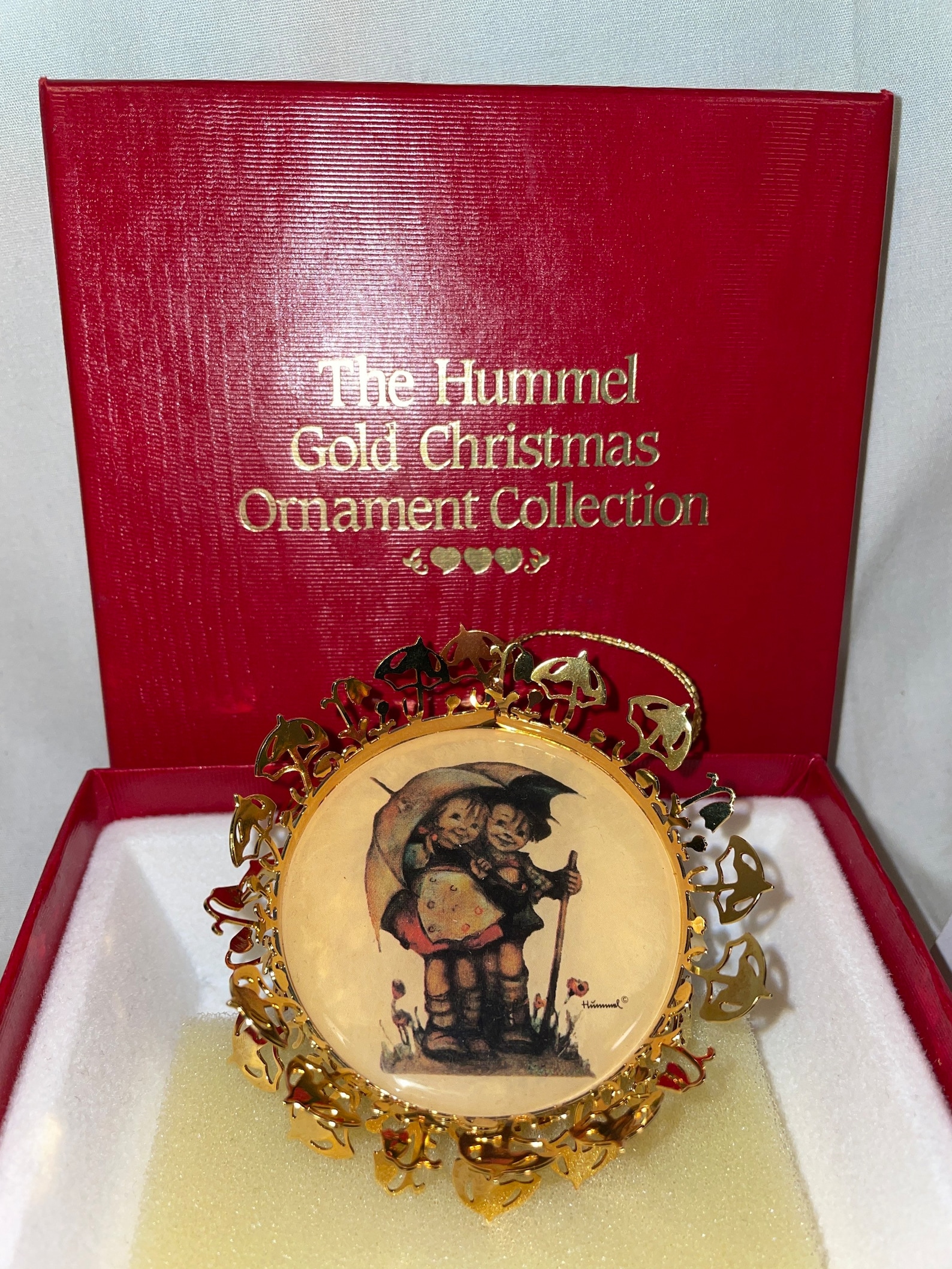 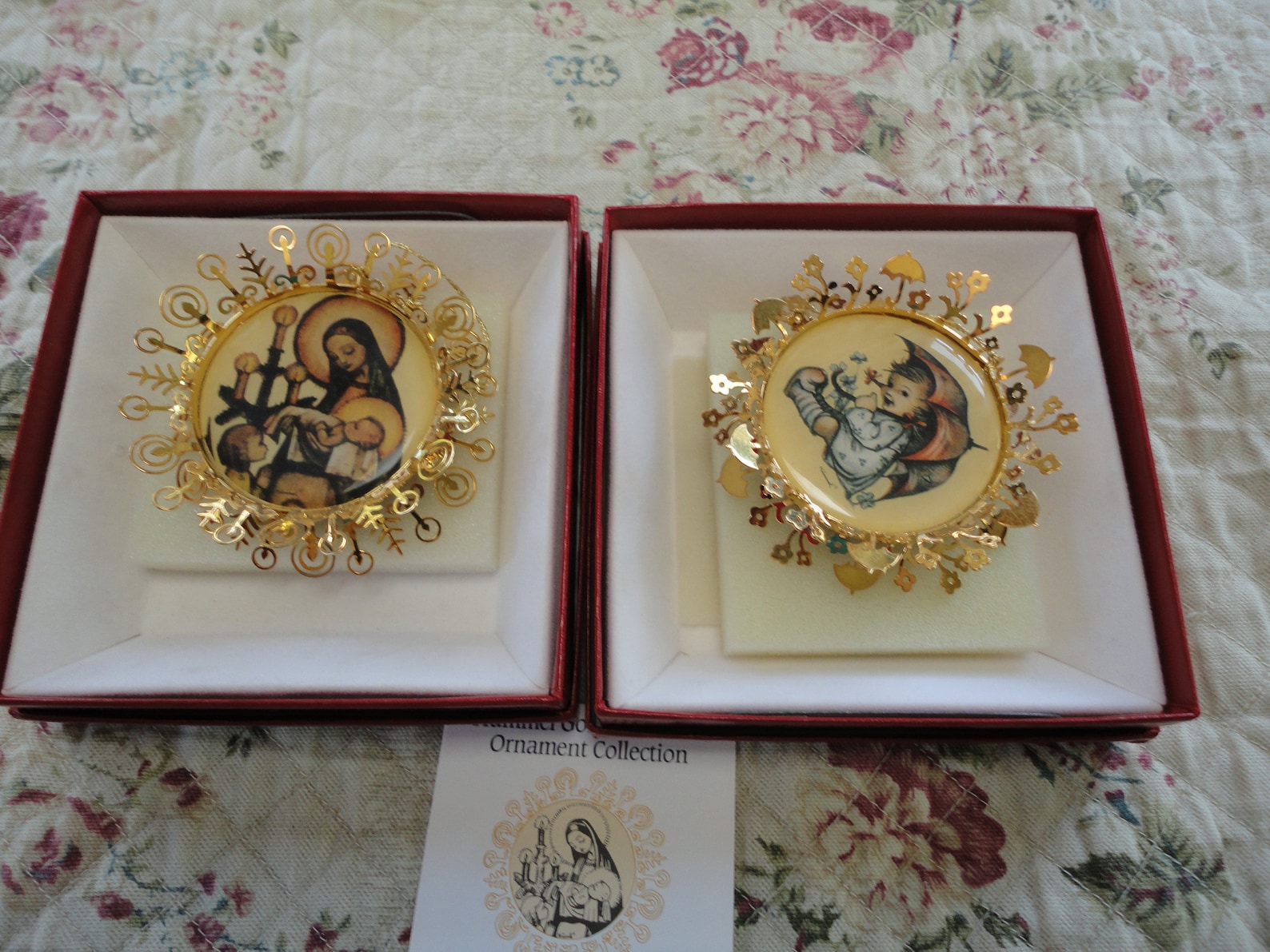 Round white and star shaped ornaments with Hummel paintings on each one. These will fit in with any style of Christmas Tree decor! 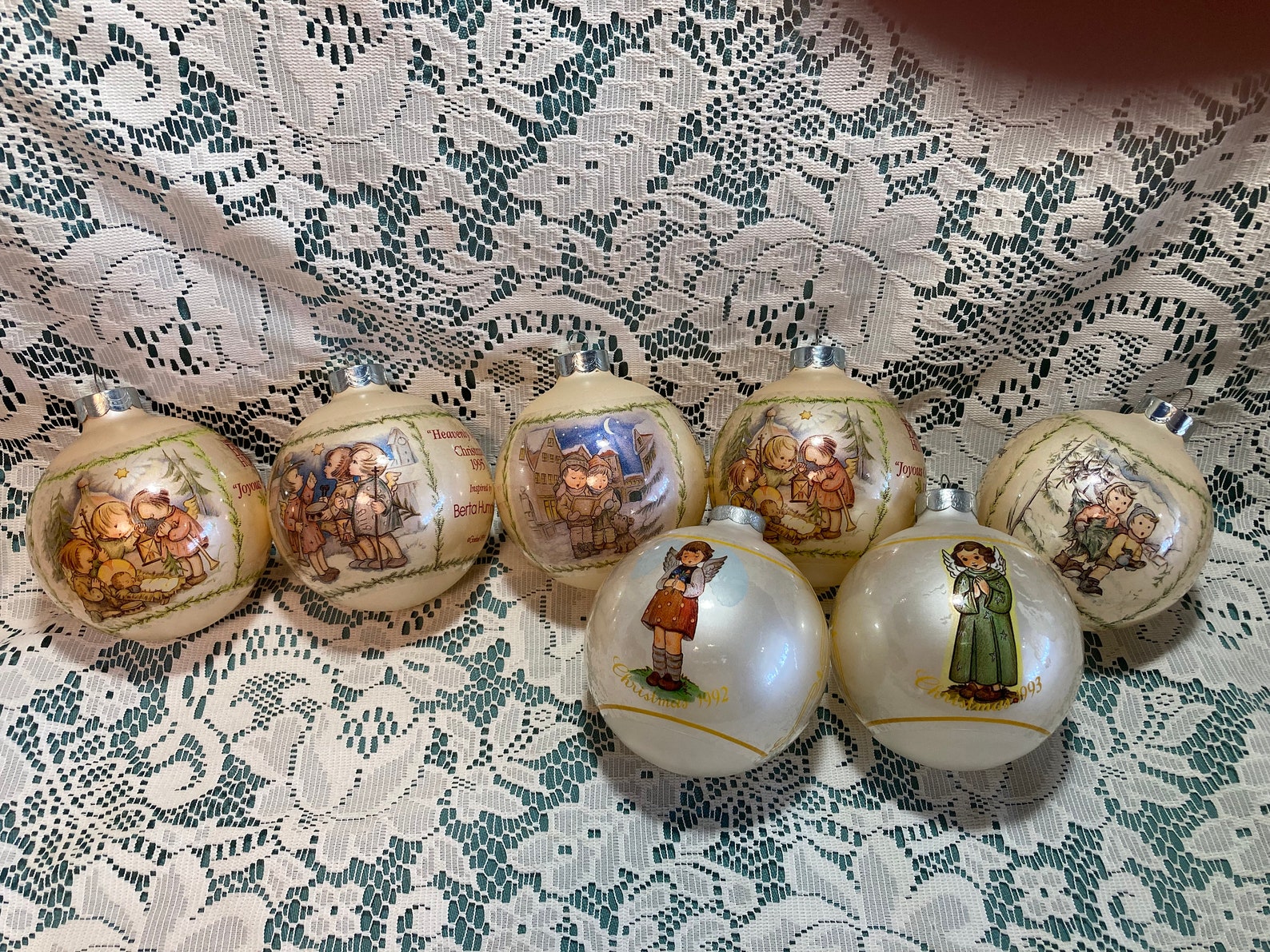 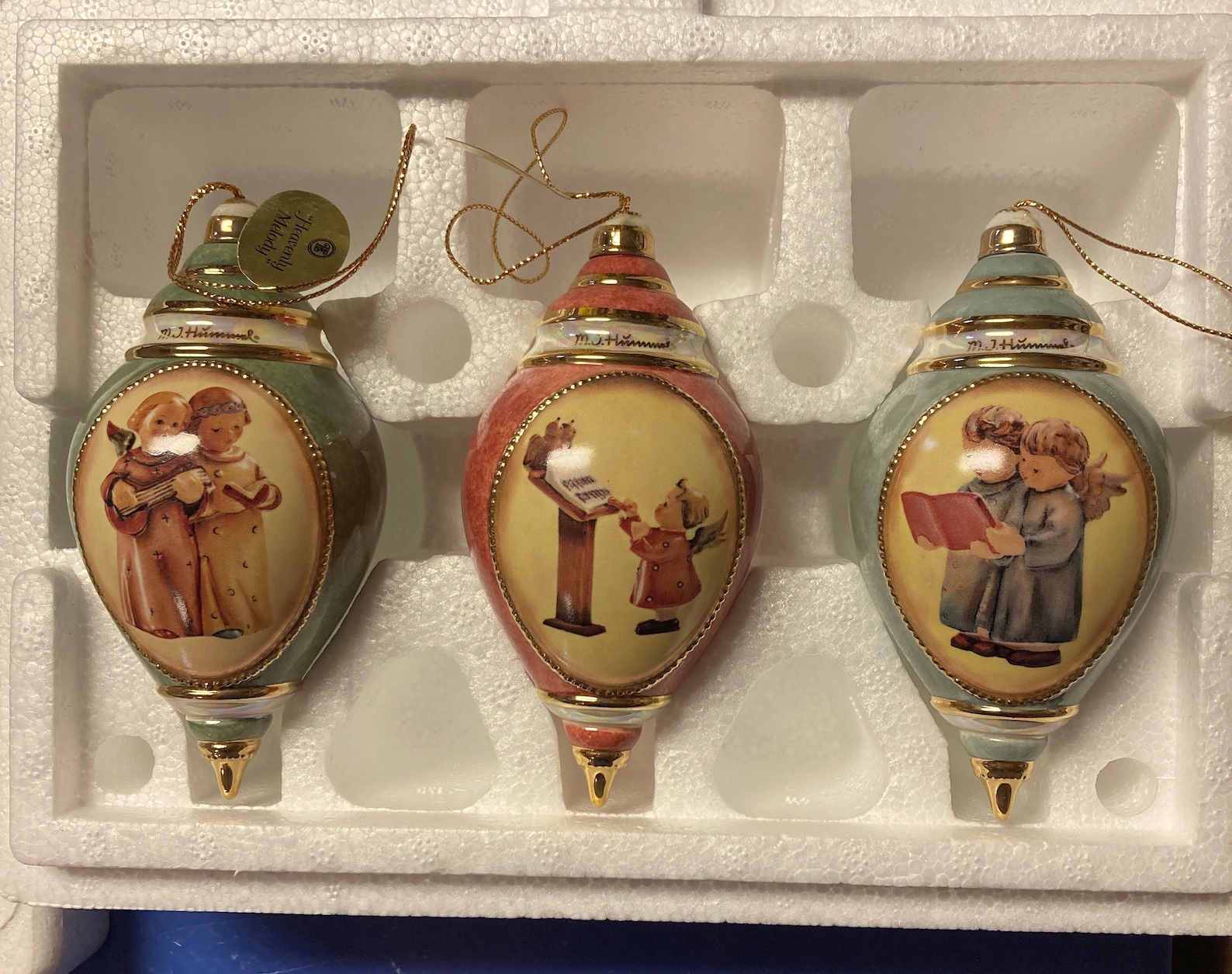 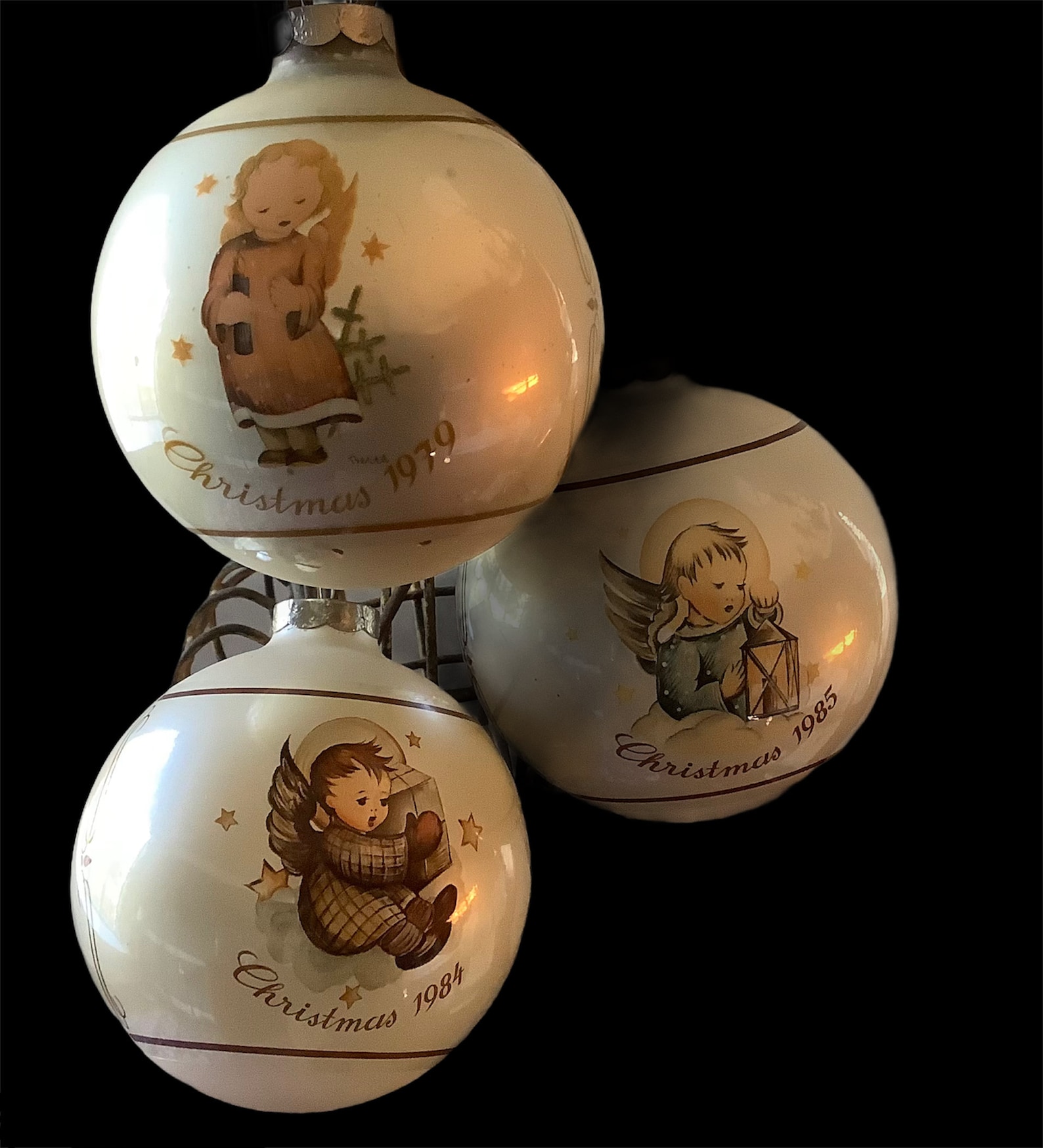 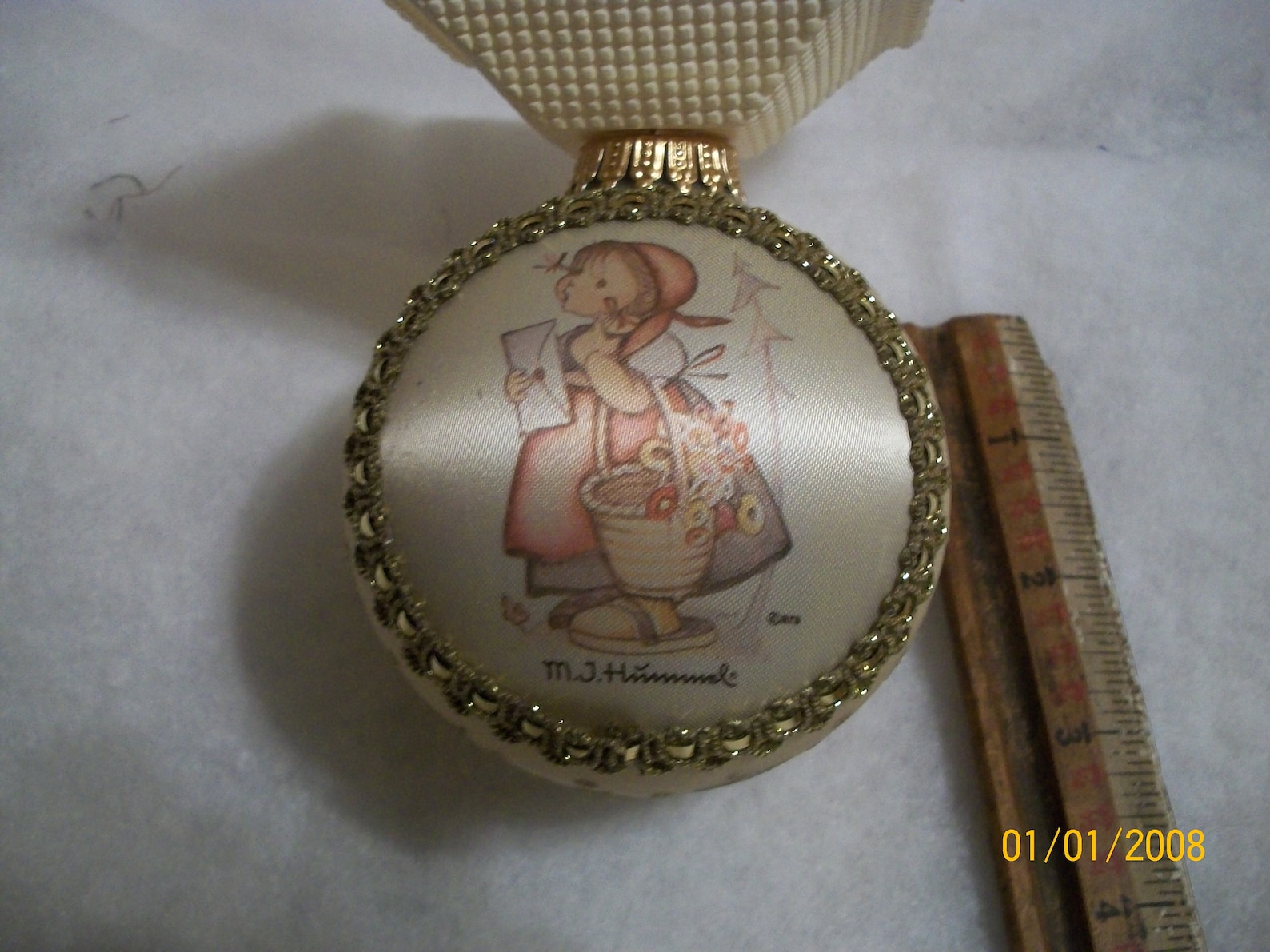 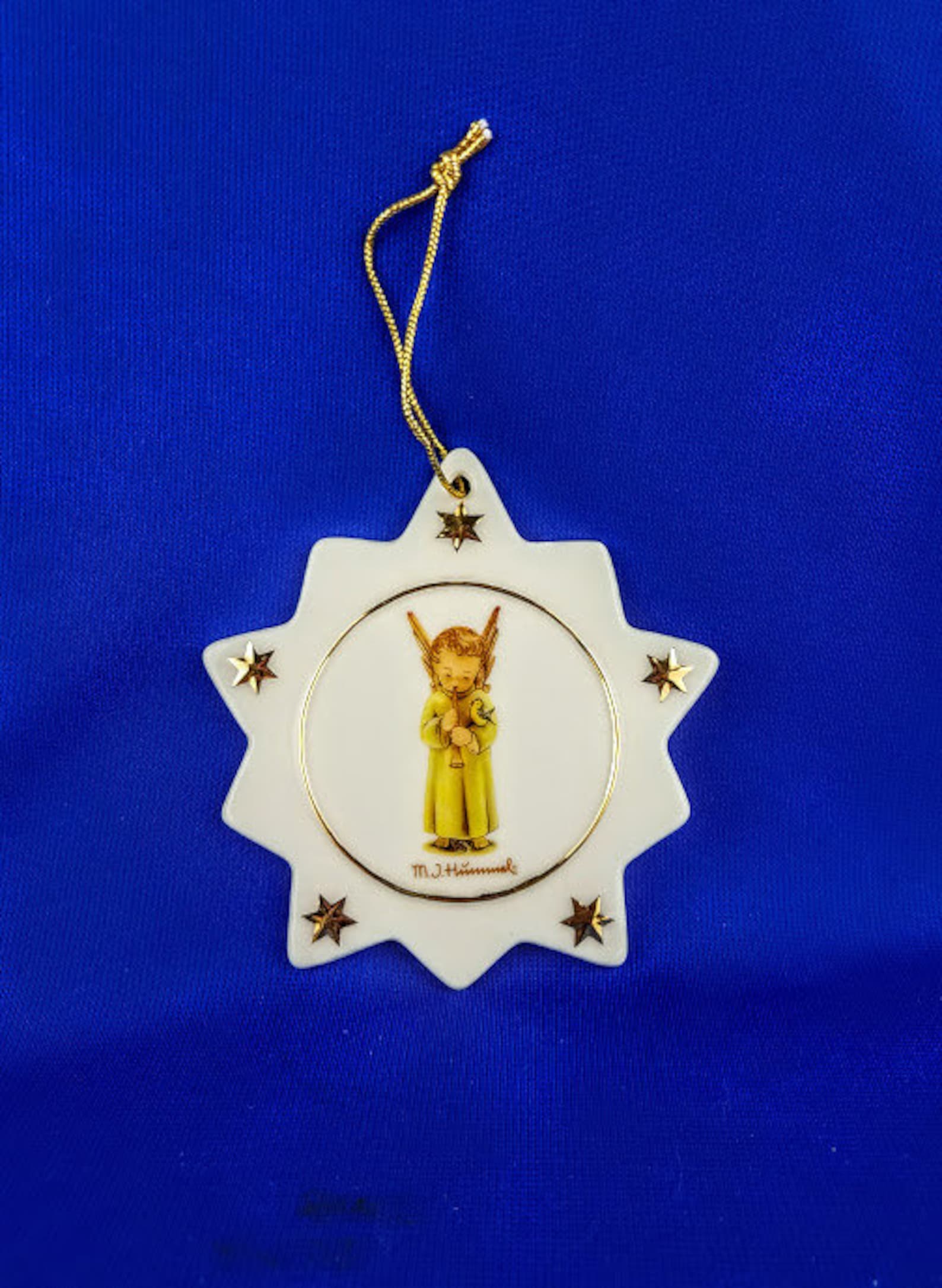 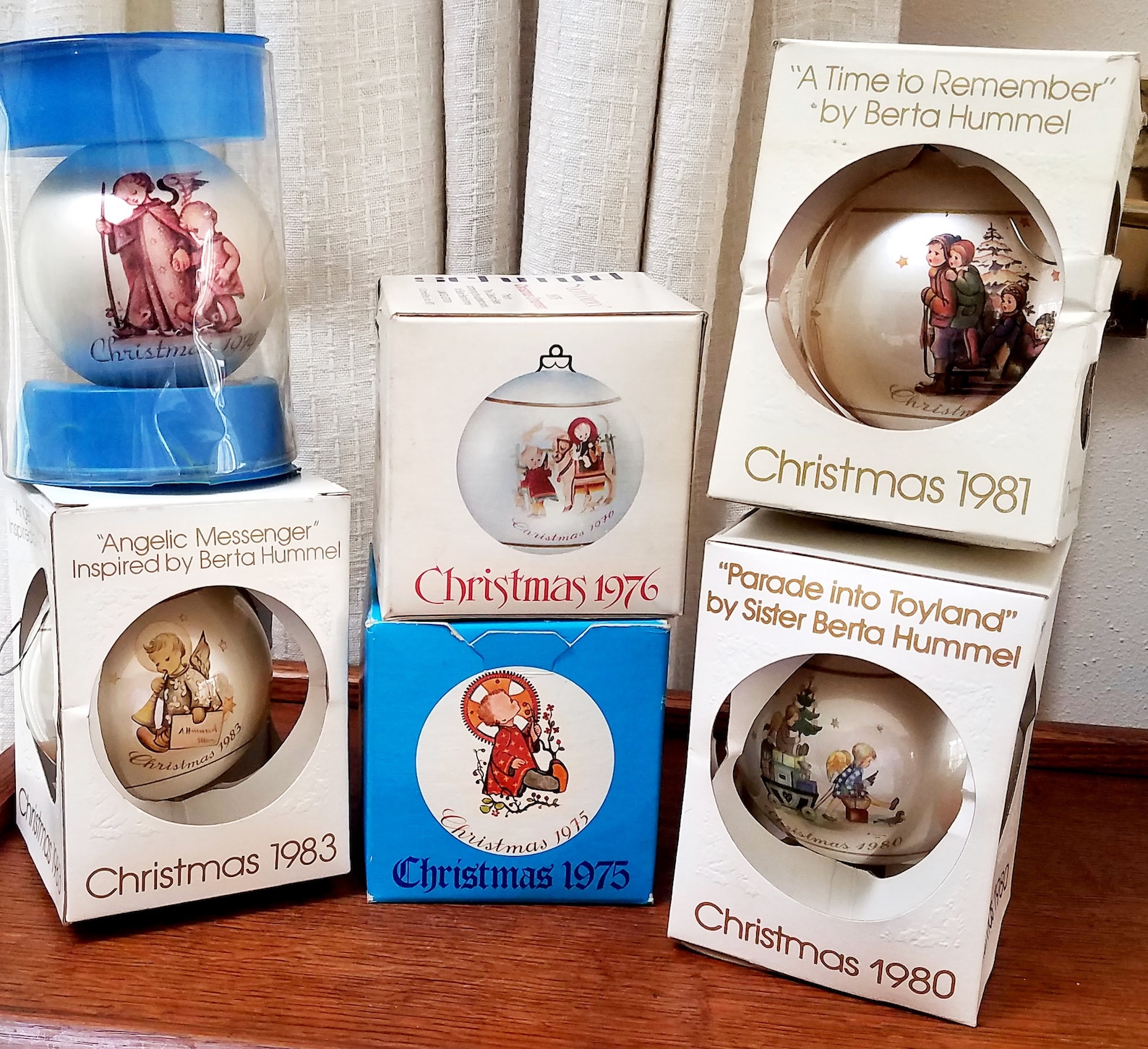 Krampus Gift Ideas – Krampus gifts for Everyone on the Naughty List