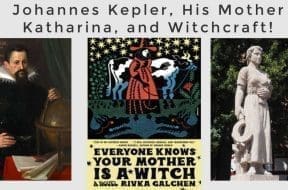 Book Reviews
Johannes Kepler… German mathmatician, astronomer, astrologer… he wrote the laws of planetary motion, was appointed mathematician to the Holy Roman Emperor, and he is considered the father of modern optics. But also….the son of a WITCH? It’s hard to believe, but Johannes Kepler put his career on hold, and spent 6 years defending his widowed […]
Read more 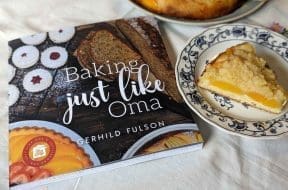 Book and Movie Reviews
When my friend, Gerhild Fulson, founder of Quick German Recipes, and author of German Meals at Oma’s asked me to take a look at her newest cookbook, Baking Just Like Oma, I got excited! Partially because I just love cookbooks… but mostly because I knew that any book of her recipes would be solid, and […]
Read more 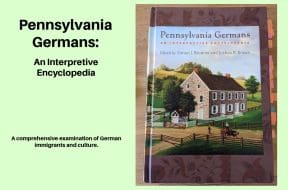 Book and Movie Reviews
Pockets of German culture in America have always fascinated me. I wonder why and when the group arrived in the United States, how they live (and how much different their new home is from Germany), and what parts of Germany do they hold onto. The Pennsylvania Germans go back to the time before there […]
Read more 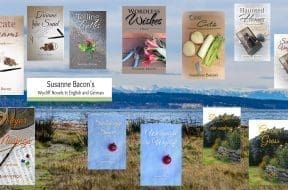 Book and Movie Reviews
Sometimes when things get just a little too heavy or overwhelming, it’s good to sit in a comfy chair with a cup of tea and a feel good book. Susanne Bacon’s Wycliff Novels, starting with  “Delicate Dreams” are exactly what I needed to find my center again after a very busy week. No bloody murders, […]
Read more 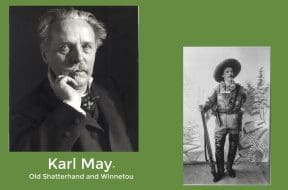 Book and Movie Reviews
Karl May might be the best selling German novelist that most Americans never heard of. May’s stories of the American West have been making frontiersmen and Native Americans come alive in Germany since 1893. And for Germans of a certain age, the names Old Shatterhand and Winnetou are as familiar as Harry Potter, Ron, and […]
Read more 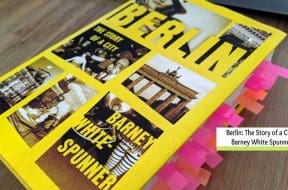 Book and Movie Reviews
“Germany has long had in its capital city the model to which it aspires as a nation” In“Berlin: The Story of a City, Barney White-Spunner looks back at the 1000+ year history of the everchanging city and presents it as a captivating, and I must admit, a late into the night “just one more chapter”, […]
Read more 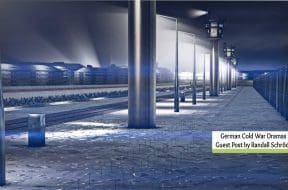 Guest Posts
I’m excited to share this Guest Post written by Randall Schroeder! The post originally appeared in My German America, a newsletter about German Heritage in America, put out a few times a month by Lukas Schroeder. Lukas who describes himself as the Fourth-Generation German American, Tubist & Manager BierkellerBoys, let his dad Randall, Third-generation descendant […]
Read more 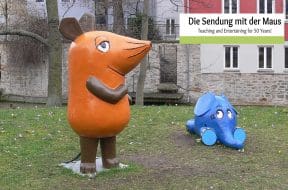 Book and Movie Reviews
Today I learned how a search engine works… I also found out what shape raindrops really take when they fall. No, I didn’t read a book or do a google search, I watched “Die Sendung mit der Maus”! What is Die Sendung mit der Maus? For 50 years this award winning German TV program on WDR […]
Read more 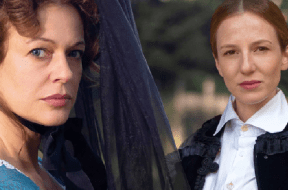 Movie/TV Review
Recently, I was asked to screen the German film “Effigy: Poison and the City” directed by Udo Flohr.  I went in blind, no idea at all what the movie was about, other than being told it is a historical drama. Well, I love movies, I love history, and I love Germany. I was all in. […]
Read more

Rübezahl! The legendary Silesian Lord of the Mountains! 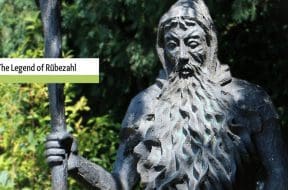 Children's Books
A small scale disaster hit our house last week in the form of a flood (ok, it was just an unnoticed spill). The only thing really wrecked? A box of my old childhood Albums. As I pulled them out one by one, it broke my heart a little bit. Mold had already started to set […]
Read more

Eisheiligen in Germany – The German Ice Saints of May