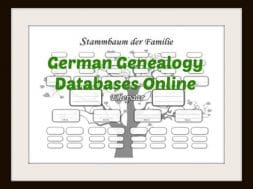 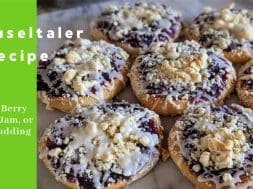 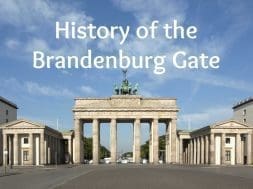 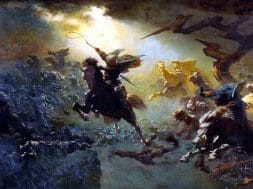 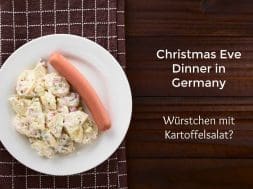 July 21, 2015
karenanne
For many German-Americans, tracing their history is not so easy. Records were lost or destroyed, and the old script can be difficult to read. While I am by no means an expert, I have found some German Genealogy Databases online that can help you find a little more about your German Ancestry.

I’ve also included links to a few groups who help Germans with American Fathers connect with their family in the US.

Finally, there is an online Bulletin board for family searches… you can input your information, and hopefully it will help you find the person you lost.

If you know of any websites or pages that would be helpful, please let me know in the comments, or email me at [email protected]

Germanic Genealogy Society-  Germanic Genealogy
GGS offers information, educational opportunities, publications, and association with others researching German roots.  This includes areas that are outside of the current borders of Germany.

Top 100 Geneaology Websites
Lists 100 different Genealogy websites to use…. both paid and free (as of 2015) – Genealogy in Time

Billion Graves
A site that is logging all of the Graveyards and headstones around the world. Free to join and participate. – Billion Graves

The Partnership has regular programs both online and in person, as well an annual conferences. Learn more here.
– in 2021 I attended the conference virtually. Recordings are still available.

FYI- DNA Test Kits are very popular gifts… but which is the best one for YOU? DNA Weekly has tested and reviewed a number of DNA Test kits. Read more about them HERE–> DNA WEEKLY 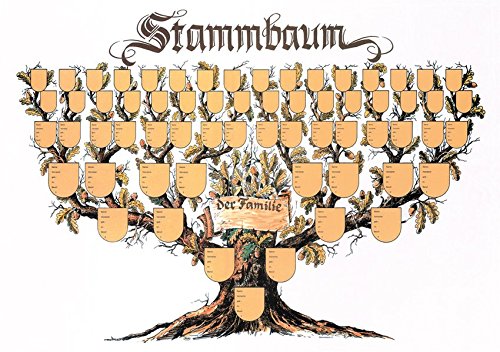 -Ute Brandenburg
-worked as a German research specialist for a nationally recognized company. Today she focuses on transcription and translation, as well as research projects in German church records. Contact her here–> Ute Brandenburg

Finding yourself bogged down trying to understand German Documents? This book has loads of helps  for deciphering German Letters…. both handwritten and printed in documents. It’s a must for any German Gerontologists library! 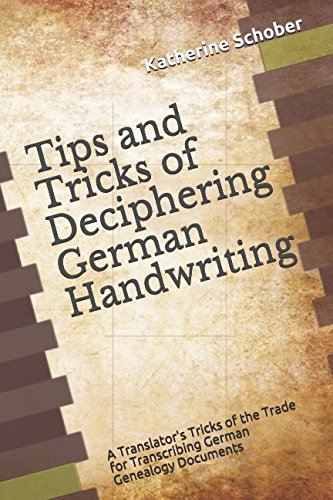 Tips and Tricks of Deciphering German Handwriting: A Translator’s Tricks of the Trade for Transcribing German Genealogy Documents

Sites to help with German Script

German Script and Typeface has changed several times… even in the 20th Century, making it difficult for modern genealogists and casual researchers to decipher. Learn more here

Sutterlin Script
-how to read and write Sutterlin script

-The borders of Germany have changed over the years… these older maps may have the cities you are looking for. Be aware, that some of the names of the towns were changed with the borders… I’ve included links to find those as well.

Finding Cities and Towns in the German Empire
Meyers Gazetteer helps you find cities and towns, even if you don’t know how to spell them. Check their help section for an explanation-Meyers Gazetteer

German Place Names That Were Changed After WW2

Genealogy for Germans from Eastern Europe

DOCUMENTATION CENTER DRESDEN
These databases are not complete… but it might help find lost relatives. The site is in German, but you can translate by clicking the squares on the right end of the URL bar in the Chrome Browser – Documentation Center Dresden

WiewasWie
A lot of Catholic Germans and traders would cross border to The Netherlands. So one brother would be off to The Netherlands and on to the States. This might give you a clue in your searches. WieWasWie
(This site is in Dutch, but you can translate it if you are using Chrome… tap the two squares at the right end of the URL bar)

American Historical Society of Germans from Russia
AHSGR provides many resources to aid in genealogical research related to the history, cultural history and genealogy of the Germanic settlers in the Russian Empire and their descendants.- AHSGR

Lüben –
Pictures, History and Documents- Lüben
(this site is in German)

This site is in English and German. Not all records are available to everyone.
Stasi Records

Information About the Original 13 German Families that Settled Germantown

Submit a trace to the Red Cross-

US Embassy Website
How do I find my Relatives and Friends in Germany
-lists current information, as well as some historical information- US Embassy services

Searching For Relatives in Germany & The USA

Military Indexes
This website is a directory of links to online military indexes and records for USA genealogy research. Included are rosters, databases of soldiers, draft card databases for World War I and II, and listings of military and war casualties. Military Indexes

FindMyPast has a special collection of Military records from English Speaking countries… Australia, England, the US and more…

-Use this bulletin board to search for lost relatives and missing people by name or keyword and check to see if someone is looking for you by posting a query. Locating Lost Family

Books to help you with your Search 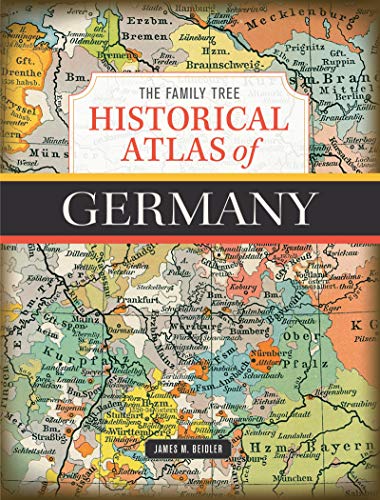 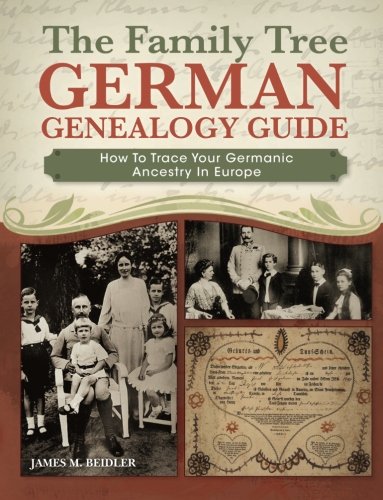 The Family Tree German Genealogy Guide: How to Trace Your Germanic Ancestry in Europe 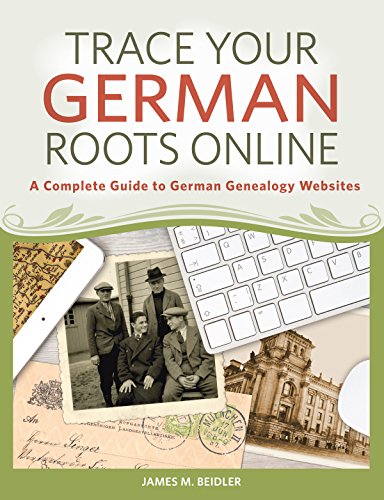 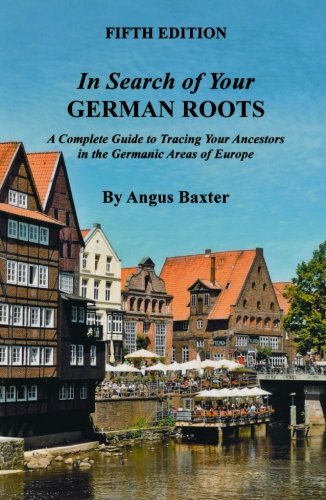 In Search of Your German Roots: A Complete Guide to Tracing Your Ancestors in the Germanic Areas of Europe 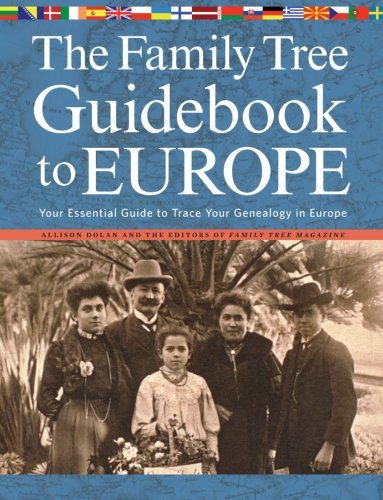 The Family Tree Guidebook to Europe: Your Essential Guide to Trace Your Genealogy in Europe

Tools to help you keep your Family Tree Organized. 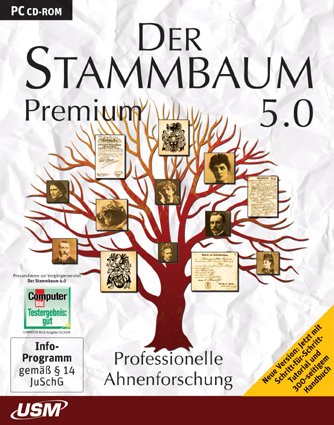 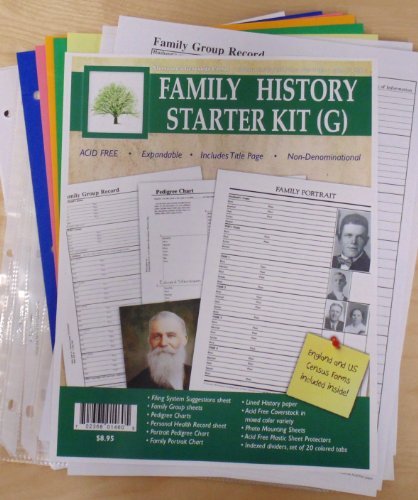 How to Use DNA Testing to Research Your Family Tree

How to Preserve Your Family Treasures

-2
11   2
previous The History of the Freistadt Alte Kameraden Band
next Libby, a Second Generation German American