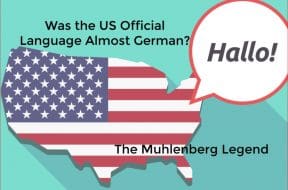 Celebrating German Culture in America
One of my FAVORITE urban legends is one I actually believed for a long time… that the official Language of the United States was almost German. It gets better! The legend says that in a Congressional vote, German lost by only one vote, and that’s why we speak English in America. I hate to bust […]
Read more