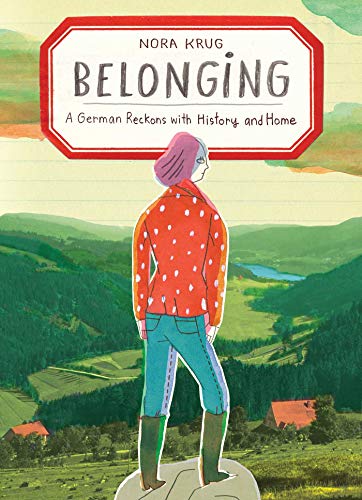 Belonging: A German Reckons with History and Home

Every now and then a book comes along, and my first reaction is… “I wish I had written this”. Belonging by Norah Krug is one of those books. From the first section, the book pulled me in because it was so relatable. (I tore through the book in 2 afternoons.) “Belonging, A German Reckons with History and Home” is not your standard Autobiography. The book is put together as a sort of scrap book. It’s loaded with photos and drawings, there are cartoons, and all the text is “handwritten”. Reading Belonging is like flipping though a family album with a friend. You get so easily pulled in, because it’s the story of a FAMILY. A family she really cares about.

Norah Krug was born and raised in Germany, and then moved to the United States. Like many, she’s faced with the guilt that comes from the “sins of the fathers”. Germans, even a few generations after the horrible atrocities of World War II, find themselves somehow painted with history’s brush. And it leaves her wondering just how much of the guilt is valid… and how deeply was her family involved. (Don’t worry, it’s not a dry narrative or a book of accusations.)

In Belonging, Nora Krug does a deep dive into her family history.

She begins with questions about her family history and gets the same answers that so many of us got… “It was a long time ago, we didn’t really know what was going on, why are you asking about this?” Then she takes it deeper and digs into archives and documents to see just what sort of involvement her family may have had in the war.

It’s not an easy task. That is, the records are all there… it’s the dread of discovery that makes it so difficult.

Before you write this book off thinking “I don’t need to revisit that time”, understand that this is NOT just a book about exposing the past. It’s also a book about finding out where you belong. It’s a book about being German and what it means. Because being German is much more than this segment of German history.

I love the bits and asides that show up in the book. The importance of the Wald (forest) and bread, and binders, and hot water bottles. All things that are so important to Germans. (I can still smell the rubber of the water bottle and feel how cozy the bed was after mama tucked it in by my feet).

The book did bring back memories. The kids in elementary school who called me Nazi because I spoke German at home. The time my Oma told me about how good she was at Gymnastics under the Hitler Youth program. A heartbreaking college history course where I shared that my family was refugeed because of the war, and a Jewish girl screamed at me told me my family was evil,  and that my Oma deserved her death. Sitting at the table with my Aunts and hearing them say again that “no one really knew anything”. That twisting and turning feeling you get when things that are entirely out of your control seem to affect you… and other people’s perceptions of who you are.

I hate this… absolutely HATE this… and I wish I never had to hear it. But I did

Nora Krug doesn’t just reflect on the bad… she also shares the PRIDE we can now feel about being German. Little changes… big changes….

Years ago, you would never EVER see the German Flag flying over a home. Since that wonderful World Cup, my aunt told me that it’s acceptable now. And it’s finally OK to sing the German National Anthem. (Funny, Germans do love singing, but as a child, I never learned the Anthem… it just didn’t happen. My American friends find it odd).

And today? Being German is becoming a badge of honor. Just look at all the people attending Oktoberfests!

And that makes me happy.

This is my favorite part of Belonging… it’s showing up in a place, and having everyone KNOW that you belong there. Even if you never lived there.

Belonging: A German Reckons with History and Home was well deserved winner of several book prizes including- Winner of the National Book Critics Circle Award & Silver Medal Society of Illustrators. It was also chosen as Best Book of the Year by The New York Times, The Boston Globe, San Francisco Chronicle, NPR, Comics Beat, The Milwaukee Journal-Sentinel, Kirkus Reviews, and Library Journal. And won the Deutscher Jugendliteratur Prize the ALA Great Graphic Novels for Teens and theLynd Ward Prize for Graphic Novel Winner

I highly recommend adding Belonging by Nora Krug to your home library. And it’s a great book to hand teens and young adults. German Teachers might find this to be a great addition to their program.

You can order Belonging in English, or in German under its original title (Heimat).

Belonging: A German Reckons with History and Home 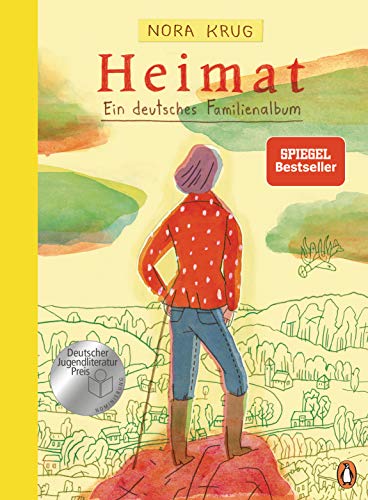