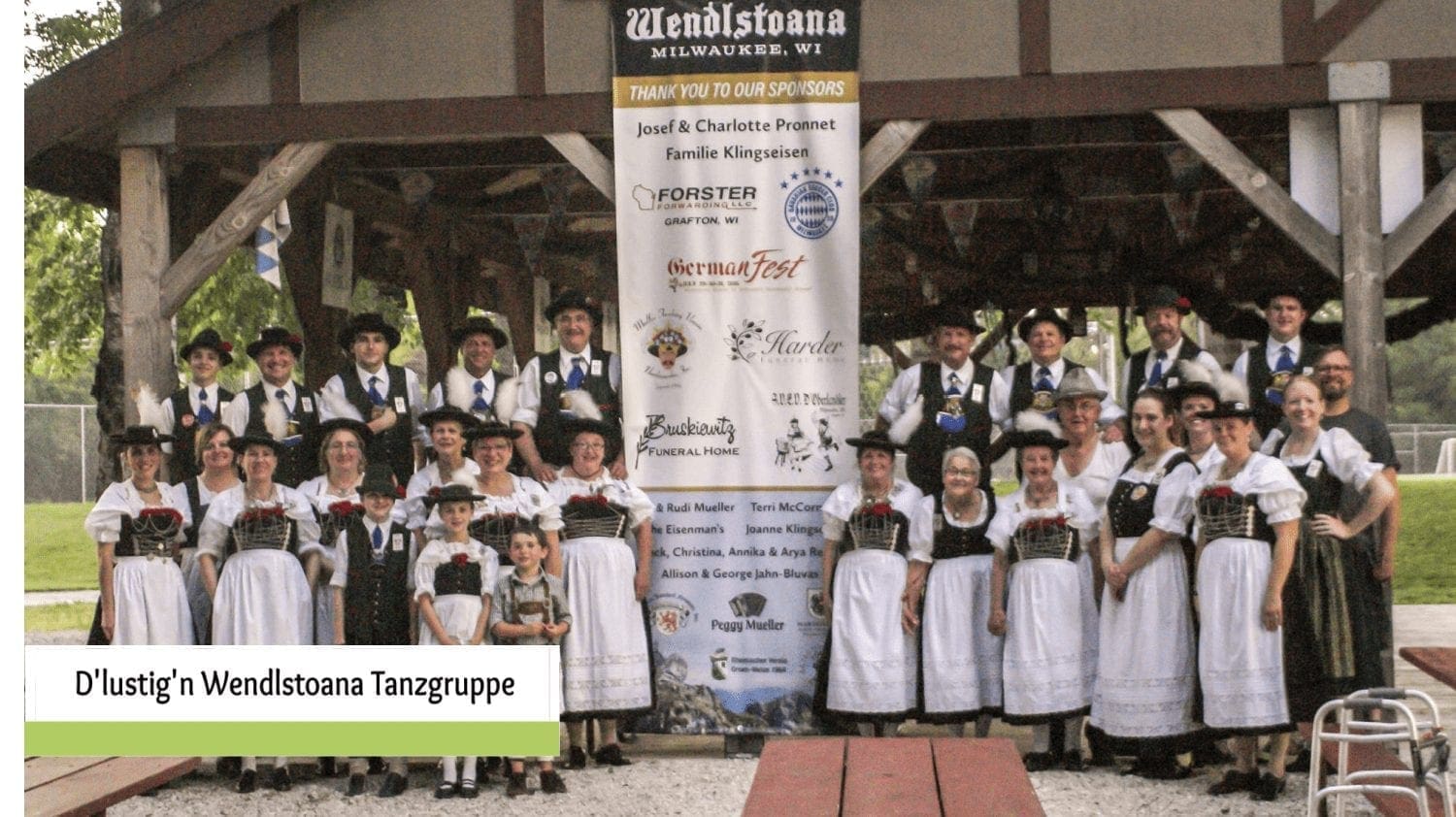 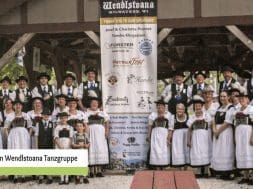 The night before GermanFest Milwaukee, we headed to the Bavarian Bierhaus to meet friends and eat delicious food. Little did we know that we would have a lovely surprise… D’lustig’n Wendlstoana Tanzgruppe was holding their dance practice in the basement, preparing for their GermanFest performance! And because my friends Rosie and Bob Forster (who is also a singer for the Freistadt Alte Kameraden) are both very involved with the club, they invited us to come watch (actually, Bob came up for a beer, saw us, and INSISTED!… and I’m so glad we did). Watching them spin around the floor in perfect time to the music got me curious about the group.

“Far away from their homeland, a few members of the Trachten clubs in Germany gathered together in the new world to keep the customs of their homeland alive.” 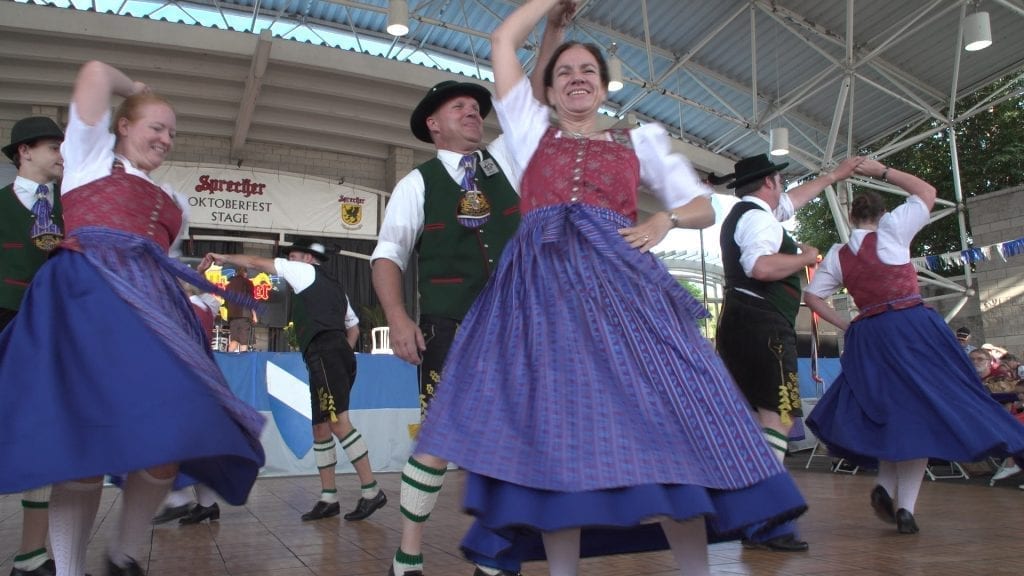 The first meeting of the Bayrischer Gebirgs Tracht Verein D’lustig’n Wendlstoana was back in January of 1927 with a plan to keep their Bavarian traditions alive in Wisconsin. Naturally, they voted in leadership, chose a special Tracht for their club, a flag, and a club greeting Lusti’ san ma (Jolly are we). (Thankfully, they also shortened the name a bit…) 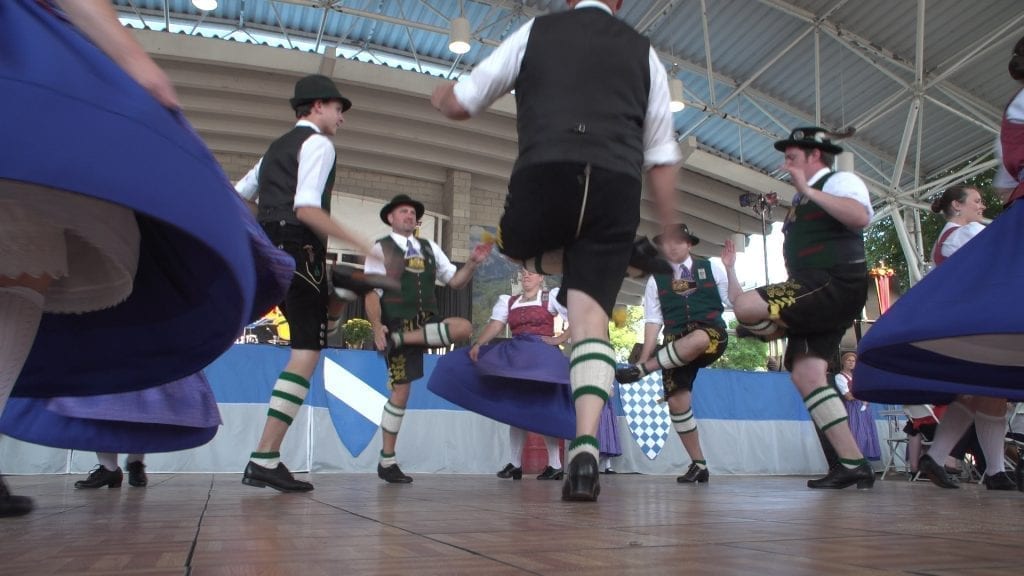 Over the years the club grew and expanded. There were singing groups and soccer teams. They joined with other Bavarian clubs and a clubhouse was established. In 1966 the group joined the much larger Gauverband Nordamerika, and is one of close to 100 Bavarian clubs across the USA and Canada. D’lustig’n Wendlstoana were even honored to host the 50th anniversary gathering of Gaufest in 1977!

But it’s more than just a “club”, D’lustig’n Wendlstoana members are family. The group provides a home away from the German homeland to everyone in the group. 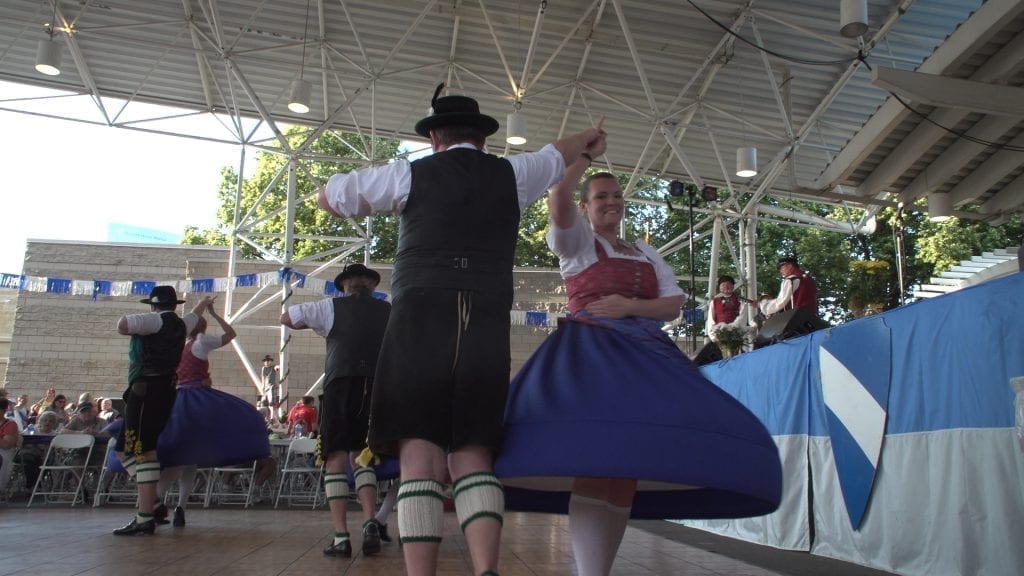 This really is my favorite part… not only are traditions shared with family and others…. Family provides the backbone of the club, and stay with the club for generations! Bob and Rosie have adult children in the club, their son is a current member of the dance group… and their grandson, the adorable little Heinrich (who is just 1) even has his own Tracht!

In the video, both in practice, and later you see the group performing the Gau Plattler. This dance is universal among groups in the Gauverband Nordamerika. Rosie tells me it is quite stirring to see the Massenplattler, where all the dance groups from across the US and Canada come together to perform the same dance. All in different tracht… but all making the same steps. A dance that binds everyone of the heritage together as one.

And because each group also has their own dance that they like to perform, D’lustig’n Wendlstoana Tanzgruppe also like to dance a spinning dance called the Chiemgauer, named for the region around the Chiemsee in Bavaria. The spinning is meant to imitate the windmills of the region. 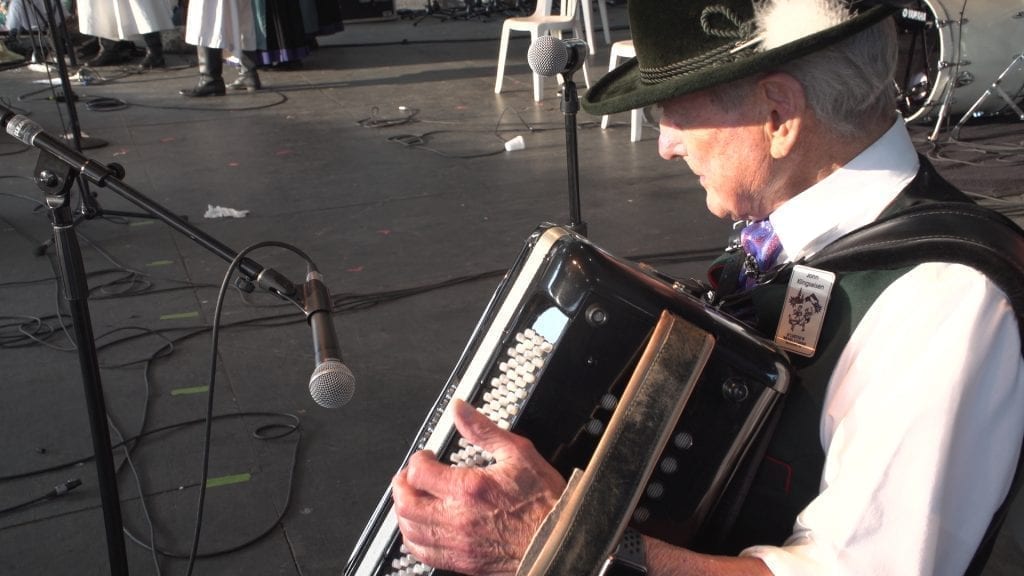 On the accordion is John Klingseisen. He is there for each practice, and there on stage during the performances…. keeping everyone in step with their history and tradition. 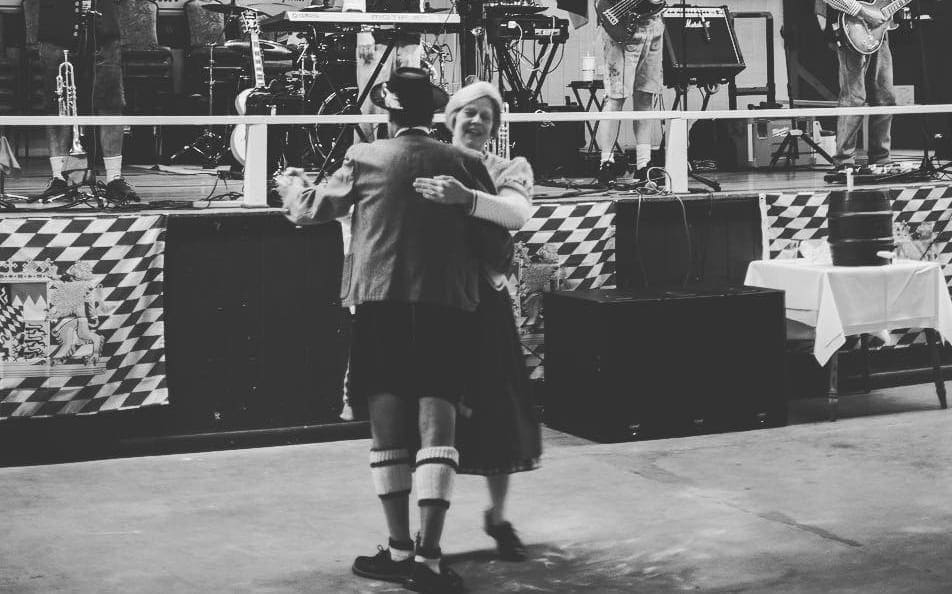 I want to thank Rosie for sharing so much information about D’lustig’n Wendlstoana Club with me… and I also want to thank Bob for inviting me downstairs to get a sneak peak at the dancers preparing. I am truly amazed at how hard they work, and how much joy they all find keeping the traditions and culture alive.

0
0   0
previous Traditional German Tracht Show at German Fest, Milwaukee
next What is a Stutenkerl? Is it the same as a Weckmann?