Once upon a time, so the legend goes, the city of Cologne was helped along by a little race of creatures called Heinzelmännchen. It began simply enough… when the humans went to bed, the Heinzelmännchen came along and finished up all the work that had been left undone.

My old Copy… a bit worn, but the pictures are still crisp

The Elves of Cologne

The Heinzelmännchen (The Elves of Cologne) is a bedtime story that I always loved as a child. I would read the book over and over. Compared with other German stories, it was all quite sweet;  little elves come in to do work while you are sleeping. No one got lost in the woods or eaten, and no one had their thumbs cut off. Sometimes I would lie awake wondering if the elves would come visit my room, and maybe tidy up a game that got left out.

I’ve always loved the illustrations in my old copy of the book…  The colors and the happy moon!

The Heinzelmännchen come into Cologne by night.

Of course, in true German fashion, the Heinzelmännchen is a cautionary tale.

You see, it didn’t take long for the people of Cologne to realize that they no longer HAD to finish their work… because it would always be finished for them. No one ever saw the Heinzelmännchen, all they knew is SOMEONE or SOMETHING was doing it… and they didn’t really care how it was happening. So they got lazy. And before you know it, the people were hardly doing ANY of the work. The Heinzelmännchen went on cleaning the houses and making clothes for the people.

Heinzelmännchen did all the work!

But then, the Tailor’s wife got nosy.

She scattered peas across the floor to catch the workers in the act. (As a child, I had no idea how peas would alert anyone. To me, peas were soft green veggies that Mama served when she made a roast chicken… I see now that the Tailor’s wife used the hard ones!). The Heinzelmännchen came in at night after everyone went to bed, like they always did, but when they crossed the floor to get to work, they slipped and slid on those hard peas!

They slipped on the Peas!

Oh my they were ANGRY! So they all ran away, and the people of Cologne had to do all of their own work from then on!

And then, the Heinzelmännchen ran away……

Today, in Cologne, there is a fountain to commemorate these industrious elves. It its right across the square from Colognes oldest Brewery, Cölner Hofbräu P. Josef Früh.

And in 1936, a poem was written by August Kopisch to immortalize the them.

(Once upon a time in Cologne,how comfortable it was with the Heinzelmen!)

For the full text of the poem ——-> Heinzelmannchen Gedicht 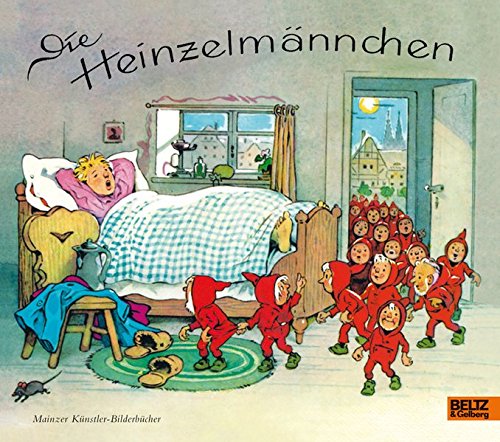 The Heinzelmännchen in German AND English 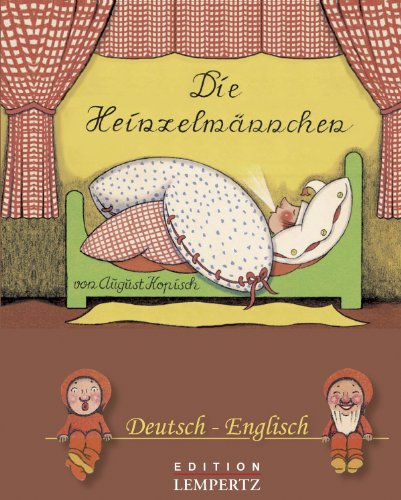 You can get an Audio of the Story…. Or a DVD

note… the DVD requires a player that works with German DVD format! 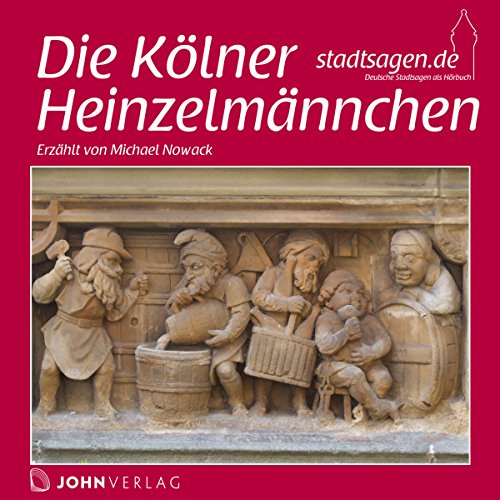 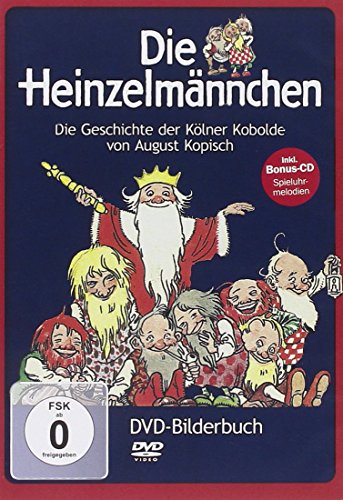 Castle Frankenstein in Germany- A Castle Swirled in Mystery and Legend