Home German Foods and Recipes What is German Baumkuchen? And Where Can You Get Some?

German Foods and Recipes
German Products I Love
Only in Germany
June 11, 2020
karenanne 0

Baumkuchen? Tree Cake? That can’t be right! What is German Baumkuchen? This special cake didn’t get its name from the ingredients, the name came from the resemblance to the rings in a tree when you cut into it. And once you bite into this soft and flavorful cake, you will understand why everyone who tries it loves this “König der Kuchen, Kuchen der Könige“. Sadly, unlike most cake recipes, a real German Baumkuchen, made in the traditional style and form on a spit, is almost impossible to replicate at home. But that doesn’t mean you can’t enjoy delicous Baumkuchen or Baumkuchen Spitzen at home!

What is German Baumkuchen?

Baumkuchen is a very special kind of cake. Simply put, a German Baumkuchen is a cake baked on a spit. Thin layers of cake batter are spooned onto a rotating spit (or the spit is dipped into a trough of batter), and then it’s baked over heat or fire. As the spit constantly rotates, the layer bakes. New layers of batter are spread on the baked ones. Traditional Baumkuchen can have 21 layers! When the cake is thick enough, the spit is removed, and the Baumkuchen is cut to show off the brown rings that come from the caramelization from baking sugar.

The concept of baking like this, on a stick over flame, has been around since the time of the Greeks, and is still used on Girl Scout campouts. Ever wrap a crescent roll dough around a stick and hold it over a campfire? Same concept. But of course, it was probably the Germans who made it special.

The name Baumkuchen first appears in a 1682, in a Brandenburg. By the 18th century, bakers began usting the recipe for the soft and sweet cake we know today. They started adding more sugar and other flavorings, and even dipping the finished product in chocolate.

In 1841, King Friedrich Wilhelm IV visited Altmark (in the Saxony Anhalt) and was served his first Salzwedeler Baumkuchen. He loved it so much, he took the rest of the cake in a to-go container…. (who could blame him?)

Today, Salzwedel has “geschützte geografische Angabe” or ” protected geographical indication” for Baumkuchen (a bit like Nürnberger Rostbratwürste)… although you can commonly find it in Dresden and Cottbus.

Where to Buy Baumkuchen

Even in Germany, Baumkuchen is a specialty item made only by a few confectioners. (The most famous is  Baumkuchen Salzwedel The spit/rotisserie oven requires a different kind of baking than your ordinary Torte. And finding a baker with this special oven in the United States is almost impossible. BUT… that doesn’t mean you can’t get them!

GermanShop24 imports authentic Baumkuchen and Baumkuchen Spitze, and they are DELICIOUS! (I opened one box of them, and Tech Guy couldn’t stop eating (he’d never had them before, and couldn’t believe what he had been missing). Fortunately, he let me have 2.

Order them here (just get a few extra… in case there is a Baumkuchen monster in your home too).

NOTE- Because they are covered in Chocolate, they might be unavailable in the summer because of heat. But don’t worry, they will be back! 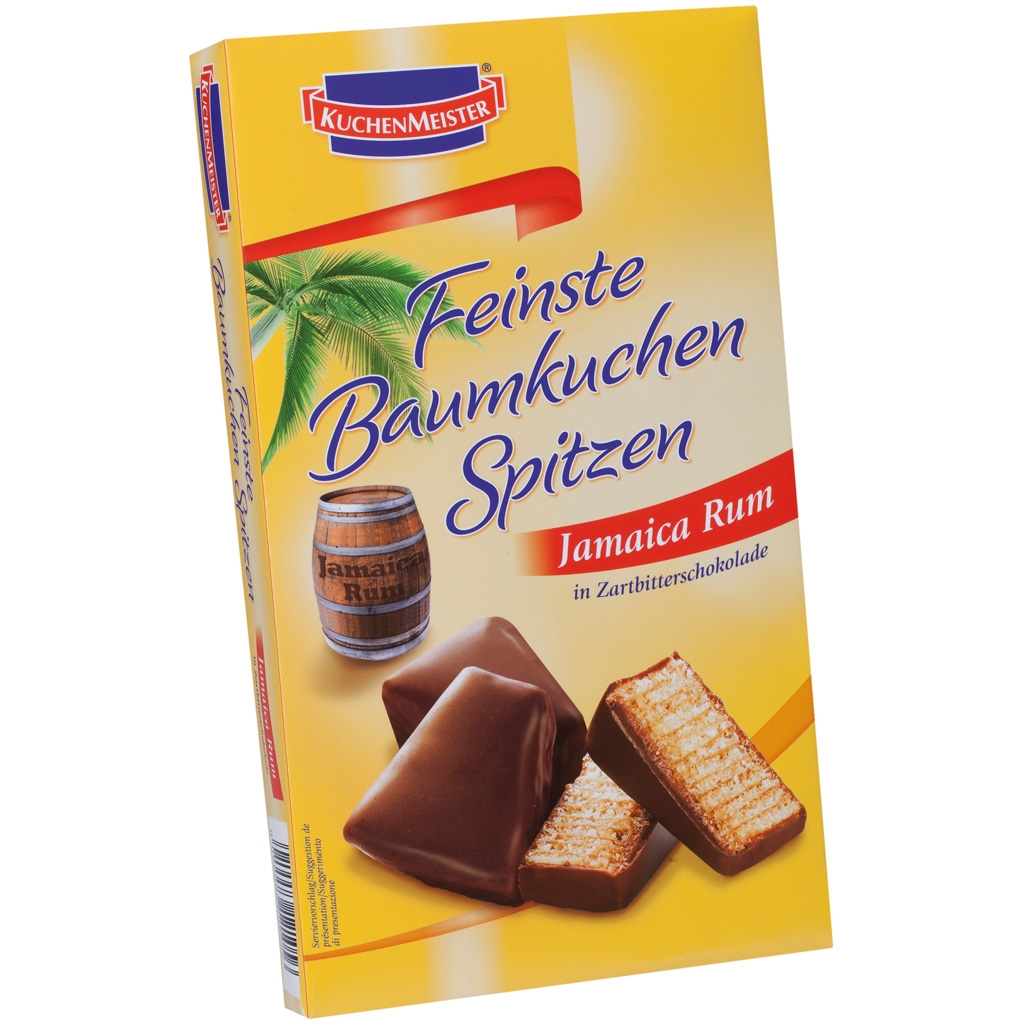 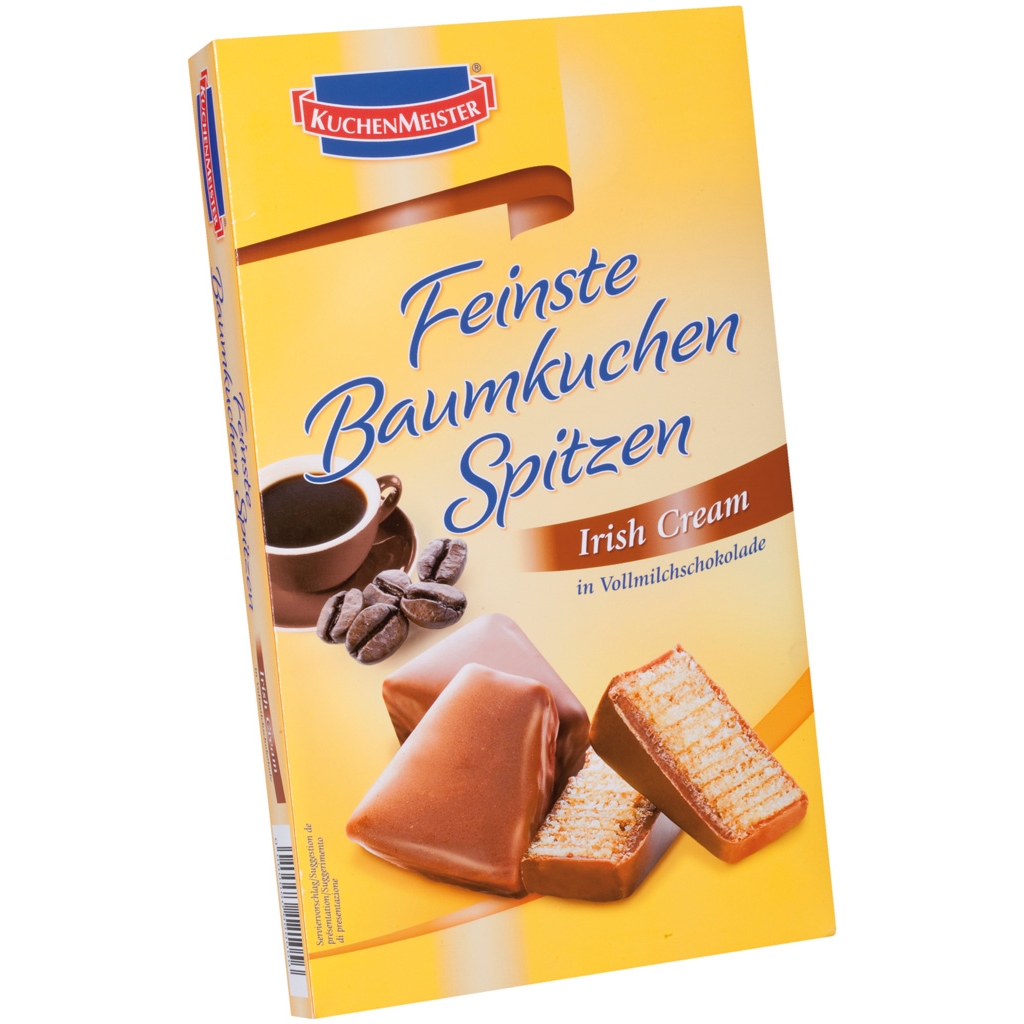 One of the stories about Baumkuchen that I found quite amazing is the cake’s incredible popularity in Japan! 1919 the Japanese even celebrated the 100th anniversary of the Baumkuchen arriving in their country. Some say the cake may even be more popular there than it is in Germany! How did that happen?

During WWI, German Karl Juchheim was living with his wife in Tsingtao, China, where they were captured and taken to a POW camp in Osaka, Japan (and when it closed, they were sent to Ninoshima). References say that he baked a Baumkuchen for an exhibition in 1919, and it was so popular, that when he was released, he opened his own shop in Yokahama.

I did a little digging about this exhibition. The POW camp for Germans in Ninoshima quite different from what you would expect. The Japanese wanted to be percieved as a First World country, so they went out of their way to abide by international treaties. The camp held concerts, and had facilities for Baking and Sausage Making (they knew how to appeal to Germans!). Read more here.. Ninoshima Exhibition

Baumkuchen grew in popularity, and today the Juchein Company is still a popular Baumkuchen Maker in Japan. Because of the many layers, it’s considered lucky, and you may find it at weddings, or given as a gift. Click here for the Japanese Version–> Baumkuchen

How to Bake a Baumkuchen at Home

It IS possible to bake a sort of Baumkuchen at home in a standard cake tin. Usually it’s referred to as a Schichttorte (Layered Cake). Instead of pouring the batter into a prepared pan, the batter is added just a bit at a time, and “baked” under the grill flame of the broiler.

This cake was a fun Semi-Final Technical Challenge in the Britsh Bake-off, so I thought it appropriate that I share Paul Hollywood’s recipe… Schichttorte, Baumkuchen’s Horizontal Cousin

I had to share Colin’s video… you’ll know why when you hear him.

You can, of course, Buy Your Own Baumkuchen Oven

They are wildly expensive, and more for a commercial operation. (BTW… when you do open your bakery, let me know…) 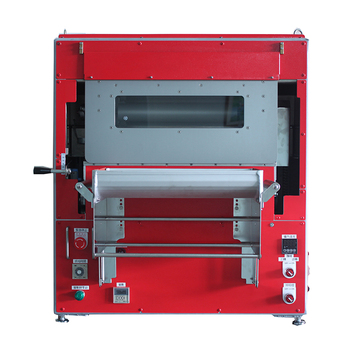 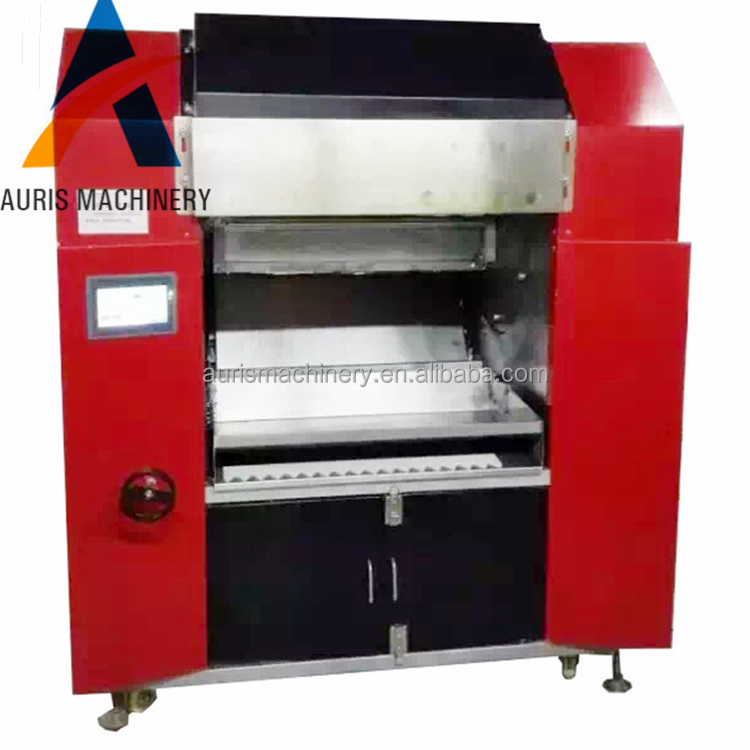