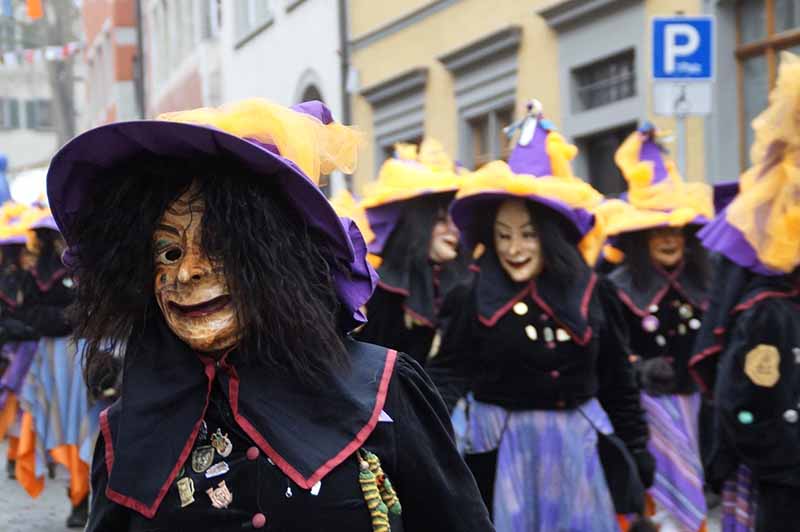 What Is Walpurgisnacht? And How did An English Nun Become Associated with Witches? 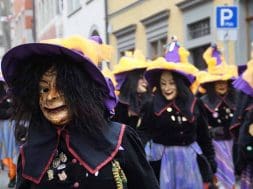 What Is Walpurgisnacht? And How did An English Nun Become Associated with Witches?

What is Walpurgisnacht? Where did it Start? 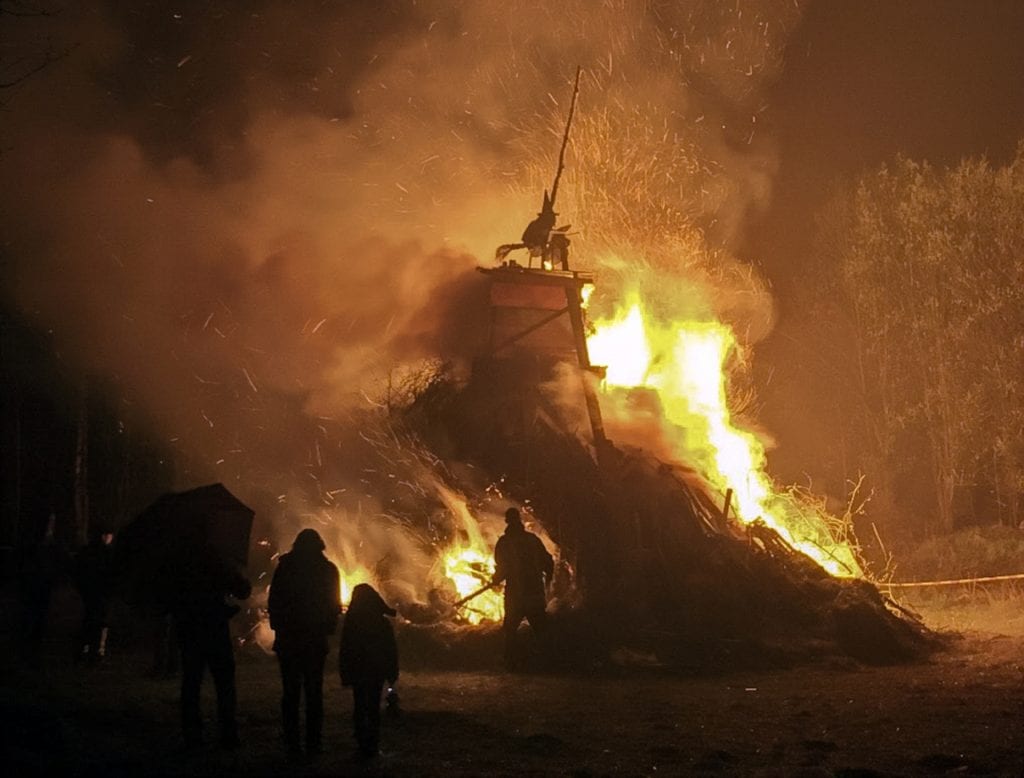 Early in Germany’s history, people celebrated the coming of Spring. The end of a long winter meant the end of hunger, and a chance for new life. According to tradition to help usher in the new season, all the Witches and Warlocks would fly in from all around Germany on Broomsticks or goats, and come together on the Broken on April 30th. This highest peak of the Harz Mountains was the meeting place for Walpurgisnacht, to celebrate and to await the arrival of Spring with bonfires and dancing. 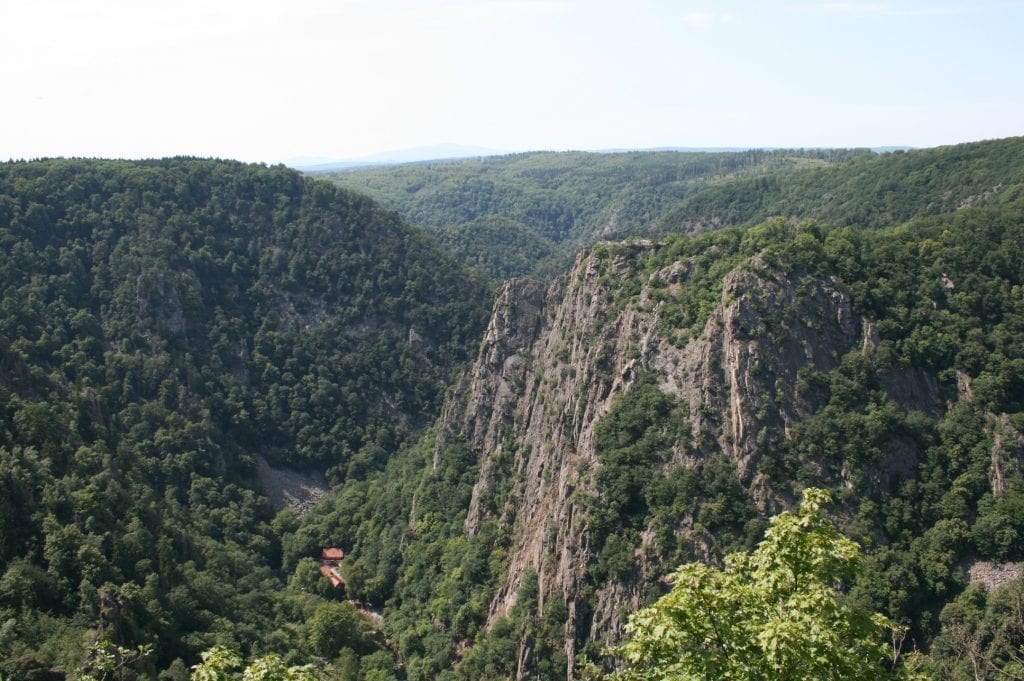 Blocksberg (in the Harz) has been associated with witches since the third century (although it’s more likely that these were just ordinary pagans looking for a place to celebrate in privacy). The area is quite high up, and often shrouded in cloud cover, which makes it a good place to be away from the prying eyes of the church officials who would put pagans to death for following the old rituals.

What began as a celebration of Spring, morphed into something different. The rituals that once greeted the season, would now be used to chase away evil spirits.

In villages and towns, people decided that noise would scare the witches away, so beginning at Sunset, men and boys would do all they could to make noise all night long… banging pots and shooting pistols into the air. Chanting and the banging of boards against the house wall was also thought to chase spirits. Bonfires were lit to keep witches away… this could be the origin of the Easter Fires.

Walpurgisnacht is Quite Common in German Literature

Walpurgisnacht stories are quite common in German literature. You find mention by Jacob Grimm, in a chapter of Goethe’s Faust, Thomas Mann’s “The Magic Mountain” has a chapter titled Walpurgisnacht, and even Bram Stokers short story “Dracula’s Guest” talks about this magical night.

“The Witches’ excursion takes place on the first night in May…they ride up Blocksberg on the first of May, and in 12 days must dance the snow away; then Spring begins… Here they appear as elflike, godlike maids.” 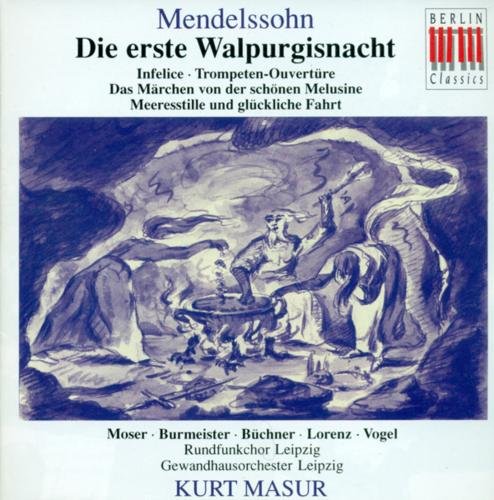 This is where Pagan Custom and Church Custom get tangled up. In the Middle Ages the end of April signaled the end of Winter, and the beginnings of Spring (it’s exactly 6 months from All Saints Day or Samhaim). People would celebrate the arrival of warmer weather, and the lengthening of days with bonfires and dancing. When the Church began to impose its power, people chose not to entirely do away with old pagan custom, instead, they wrapped it up into church custom, and celebrated Walpugisnacht (Walpurgis Night) to honor the feast day of St Walpurga.

St Walpurga was born in Devonshire, England in 770AD. As a young woman she was sent to Mainz, Germany as a missionary under her uncle St Boniface. After leaving Mainz, she went to Heidenheim, Germany, where she was made the abbess of the local convent. Coincidentally(?) her brother was the the head of the neighboring Monastery (seems that Sainthood runs in some families). After his death, she took over his position. In her time she oversaw the baptizing of many pagans, in the local Heidenheim Brunnen.

After her death, the walls of her tomb began oozing a healing oil. Because of this miracle, she was canonized, and her body was subsequently chopped up and dispersed across Germany and France to spread the miracle to everyone. Her feast day, is May 1, and she is considered the Patron Saint of Coughs, Storms, Hydrophobia and Sailors.

This is where things start getting a little intertwined….

The symbols associated with St Walpurga are the Spindle, Grain and a Dog (that’s where the hydrophobia ie. Rabies comes in). And you will see Spindles and sheaves of grain carved into monuments or shrines devoted to her.  These symbols also overlap Pagan symbols; grain for good harvest, dogs (not cats) are considered the “familiars” for German Goddesses… and of course, the Spindle is associated with Frau Holda (or Holga) of Grimm’s Fairy Tale fame.

So… people could tell the Church Officials they were celebrating St Walpurga, when the symbols and celebrations were actually the same as the old Pagan Goddess symbols. And no one would get into trouble.

Essentially, St Walpurga, was an English woman who went to Germany to work for the Catholic Church, but became associated with Holga, a Germanic goddess, and is later with witches.

Winters in Germany were long and hard for peasants who farmed. It is no wonder that people celebrated the coming of Spring, and surrounded it with magical rituals. Like May Day celebrations, dancing and jumping around, especially around fire is at the center of Walpurgis Night tradition.

Grain would grow as high as a farmer could jump on Walpurgis Night… and to avoid bad weather and ensure good crops, farmers might put out bread with honey and butter in the fields. Extra care was taken to protect cattle from harm. Bells were blessed and hung from cow’s necks. Stable doors were locked and hung with three crosses.

The lady of the house would customarily leap over her broom…. and old brooms would be burned.

Walpurgisnacht fires were also used to burn anything that had worn out over the previous year, and straw men were made and endowed with things like illness and disease, even bad luck and burned in the fires as well.

Ironically, in another twist of Pagan custom… children would gather greenery from Juniper, Hawthorn, Ash and Elder trees, and hang it around the house and barn. Once upon a time these were considered offerings to the goddess, now they were used to frighten witches and other evil spirits.

Of Course, there were Other Superstitions…

A single woman could place a linen thread near a statue of the Virgin Mary, then at midnight onWalpurgis Night, she would unravel it and recite the poem:

“Thread, I pull thee;
Walpurga, I pray thee,
That thou show to me
What my husband’s like to be.”

The Morning dew on May 1st makes girls who wash in it beautiful.

“The fair maid who on the first of May
Goes to the fields at break of day
And washes in dew from the hawthorn tree
Will ever after handsome be.”

People don’t seem to fear witches anymore, in fact, it seems to be the opposite. Walpurgisnacht has become a sort of Halloween party in Germany today. Up in the Harz Mountains, bonfires are lit, and thousands of people dressed in Witch, Warlock, or Devil costumes come from all over to dance and celebrate on a plateau called the Hexentanzplatz near the town of Thale. And there are many other celebrations all over Saxony-Anhalt.

In Southern Germany, Walpurgisnacht is a night of pranks… a bit like the old Trick part of Halloween’s “Trick or Treat”. Don’t be surprised to find your trashcans overturned in the morning, or a few plants missing from your garden. (And hide your garden gnomes!).

Since May 1 is also Labor Day, Worker’s Marches are quite common in Berlin and some other cities.

Learn more about how YOU can Celebrate Walpurgisnacht

Because in modern times, witches and others may gather openly, Linda Raedisch has written a book of traditions and activities that you can use to celebrate Walpurgisnacht. She also has some craft ideas… and recipes to make your evening special. 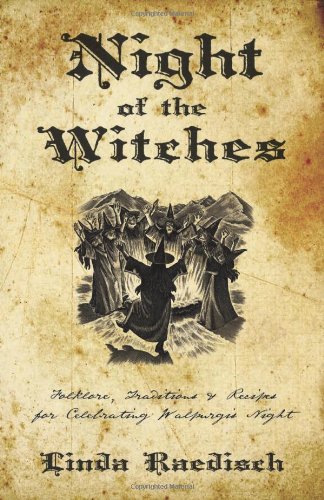 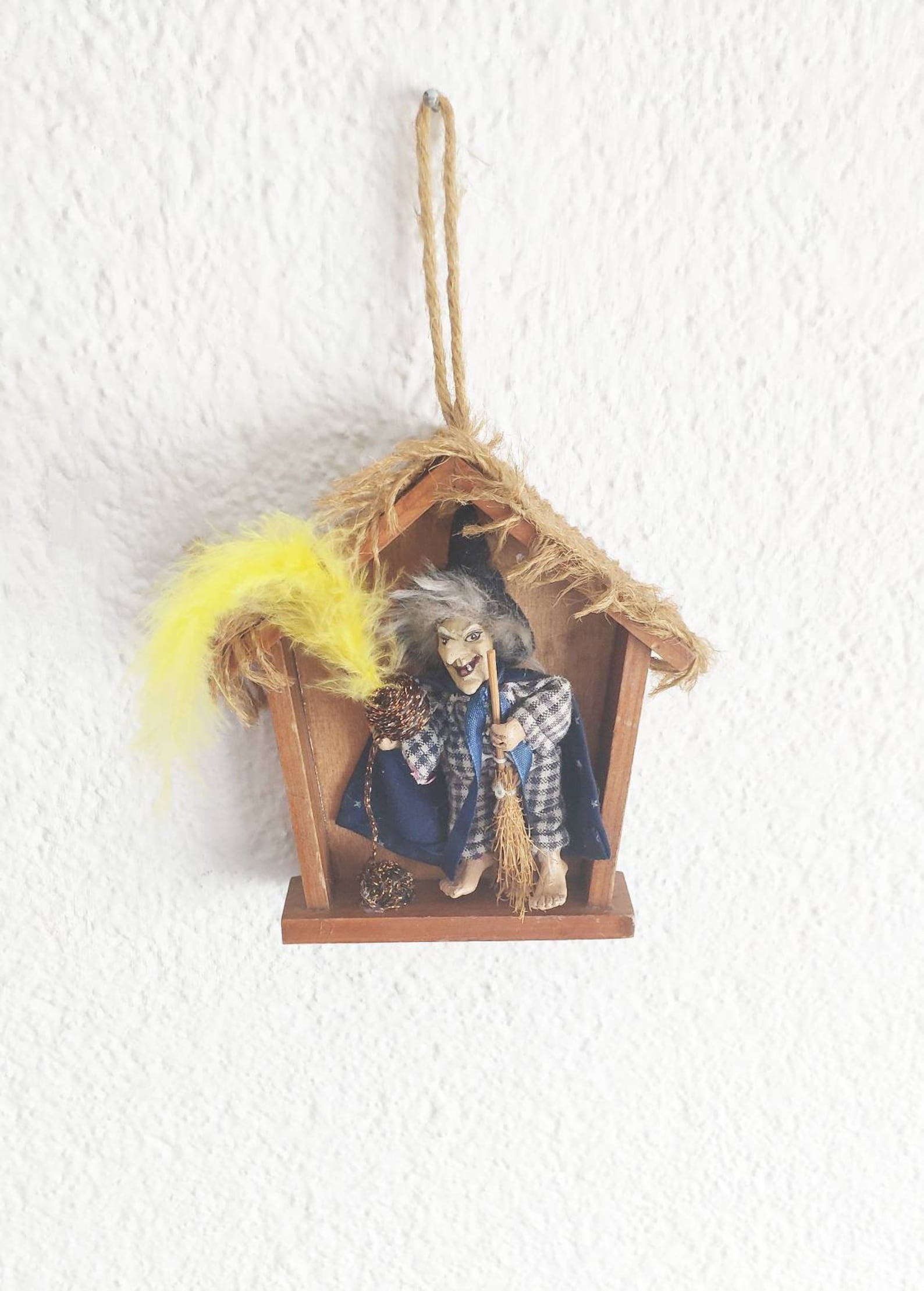 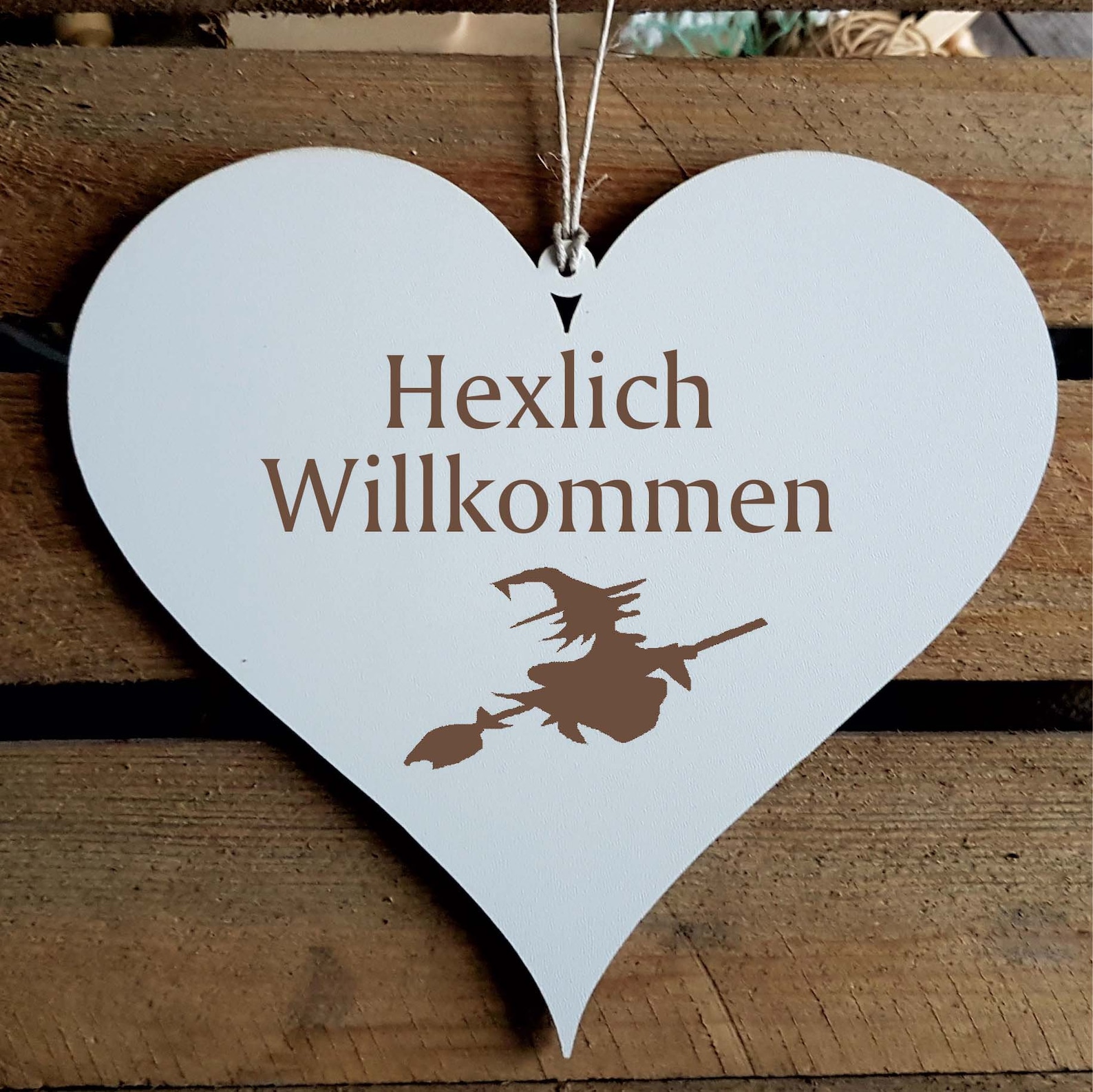 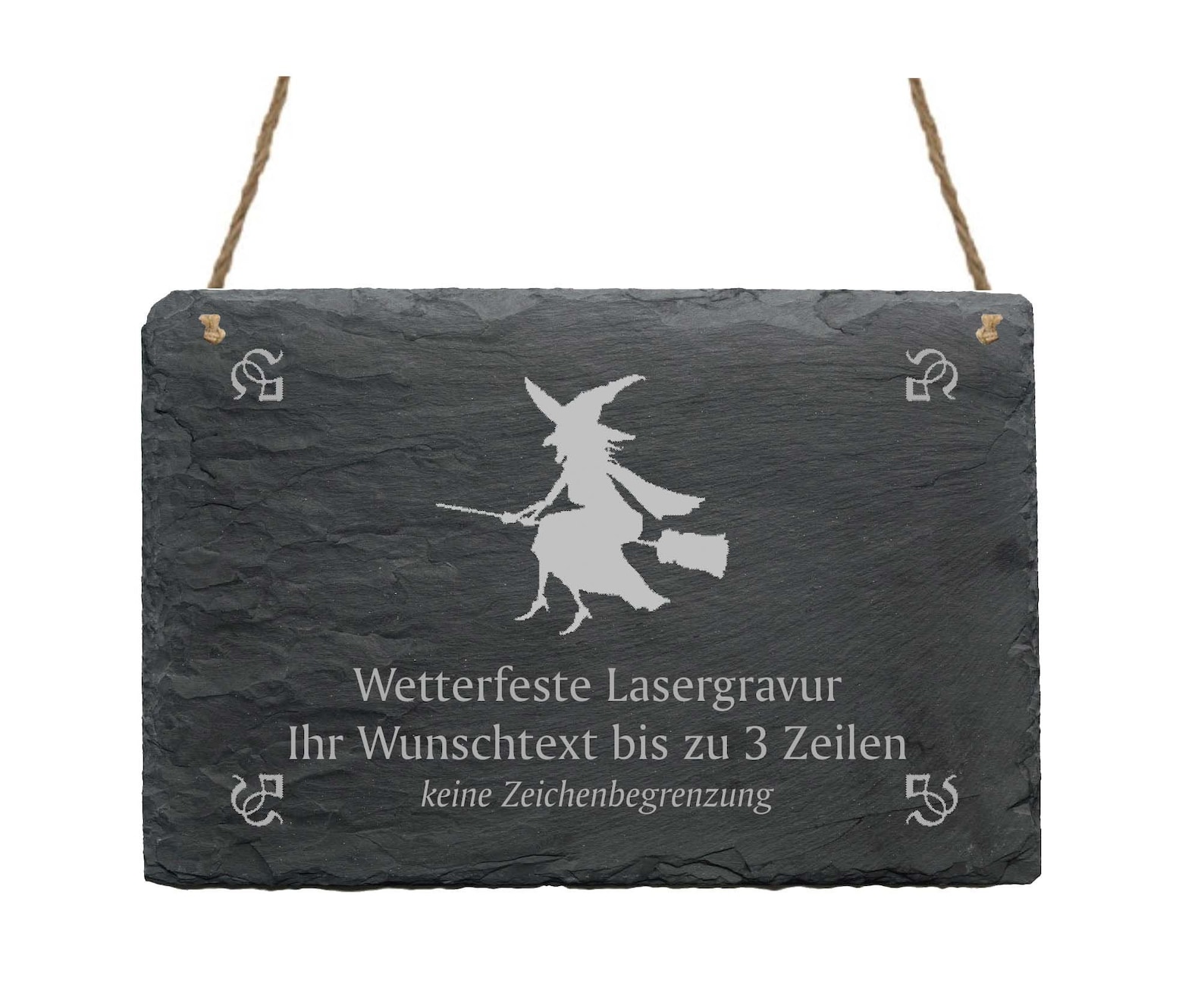 -2
6   2
previous Celebrating Palm Sunday in Germany with Palmbuschen
next What is Erntedankfest? Is it German Thanksgiving?