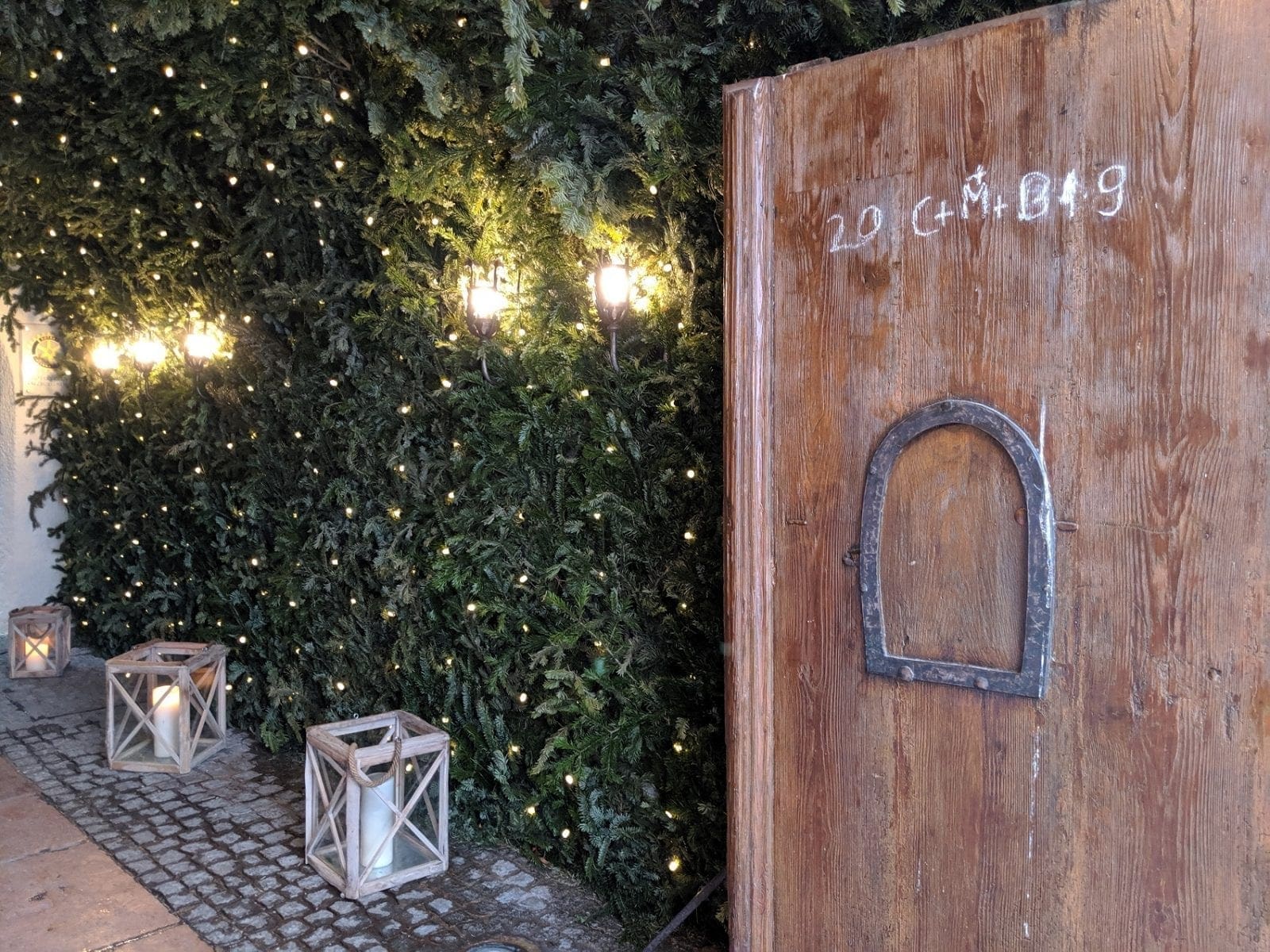 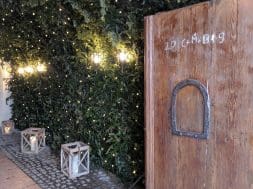 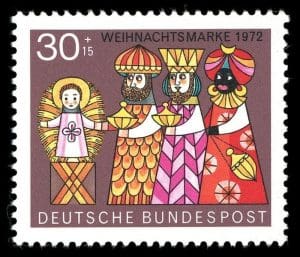 January 6th is celebrated as the Epiphany in Germany, but what is the Epiphany?  In the Church Calendar, January 6th is the day that the Wise Men of the Bible arrived at the stable in Bethlehem to bring gifts to the infant Jesus. Today this day is celebrated as a public holiday in much of Germany. There are special church services, children dress as Star Singers and go door to door collecting treats and coins, and (my favorite) men travel door to door dressed as kings blessing houses with a chalk C + M + B. The Epiphany  is the 12th day of Christmas, and for many, it is the signal for the end of the holiday season.

What is the Ephiphany?

Before the Fourth Century, the birth of Christ, Jesus’s Epiphany (which means appearance in Greek) was celebrated on January 6. The date was official shifted to Dec 25 by Pope Julius I (the date isn’t arbitrary… Mary learned she was pregnant with the Son of God on March 25, the Annunciation, and Dec 25 is 9 months later… makes sense).

In the Bible Gospel Matthew, the Magi, or Wise men (sometimes called Kings) learned of Christ’s birth, then traveled from the east following a star. Today we celebrate January 6 as the day the Magi arrived at the stable in Bethlehem to bring gifts to the Christ Child. The Kings are not named, they have come to be known as Melchior, from Persia, Balthezar, an Arab Scholar and Caspar, from India. Three gifts were given; Frankincense (a perfume or incense), Myrrh (an anointing oil) and Gold.   The gifts were important… these were items that were not given to an ordinary man, these are gifts for a King, and so the Wise Men acknowledged Jesus for who he was, the King of Kings.

Today, an ornate shrine, a Gold box, containing the bones of the Magi holds a place of honor in the Cologne Cathedral. Legend has it that St. Helena found them in Constantinople, and brought them home. They were housed in Milan until the Emperor Barbarossa brought them to Cologne in the 12th century. (Maybe that’s why Germans feel so strongly about these Epiphany celebrations?) The box is very big (the altar has a special lift to raise and lower it). It really is quite amazing to see. (Read more about it HERE–> Cologne Dom) 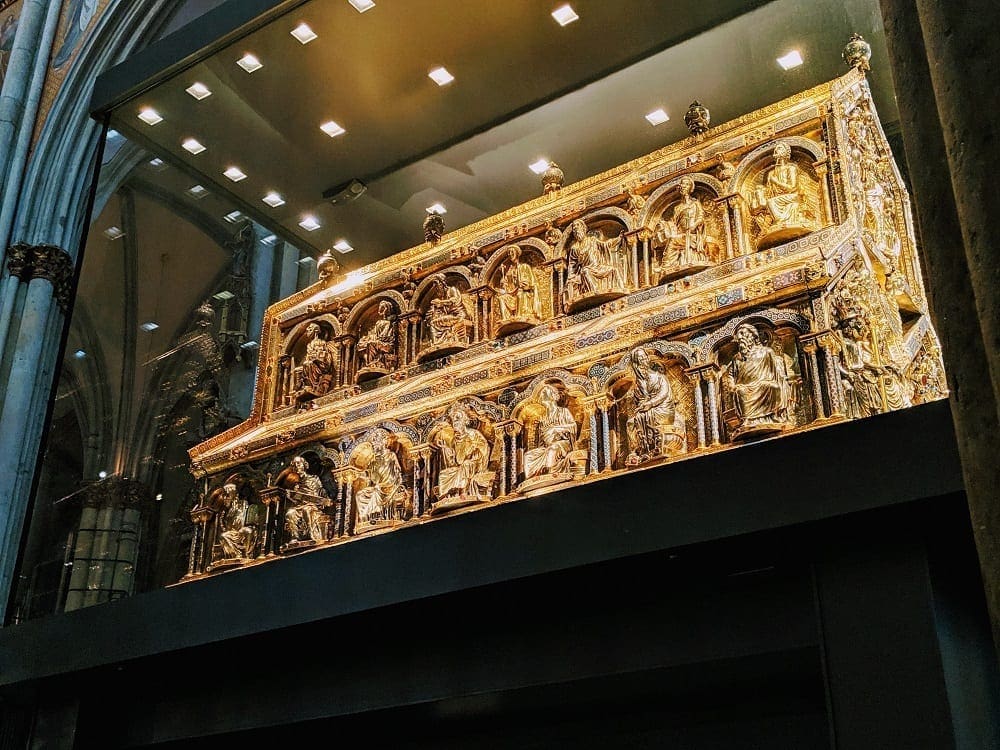 Celebrating the Epiphany in Germany

In many areas three men, dressed as kings, will go door to door offering New Year’s blessings. The initials C + M + B along with the year are chalked above the door, or on the wall next to the door of homes. (And while C M B stand for Caspar, Melchior and Balthezar, they officially mean “Christus Mansionem Benedicat”,” May Christ Bless this House”.)  Many families, like my Aunt and Uncle, have line after line of these initials chalked on their wall…slowly fading with time. It is a source of pride, and is not washed off. 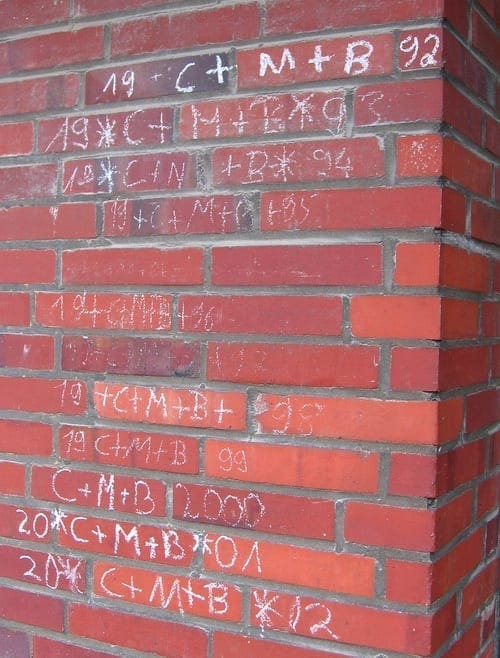 In Southern Germany, and in Austria, you will also find Sternsinger (Star Singers). Children dress up as the Magi (three Wise Men), complete with robes, crowns, and props representing gifts for the Christ Child, follow a leader carrying a star on a pole. They stop at homes and apartments where they sing special Carols and recite a poem. After singing, one of the children will write the initials C+M+B and the date on door frame. The children collect donation to a children’s charity, and are sometimes given treats as well. 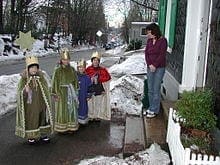 Interestingly, this tradition began in the 16th century. After the Protestant Reformation, the Catholic Church had less income, so the children sang to help support their schools. By the 19th century, the tradition faded away. In 1958, the Sternsinger program was reborn, now with the support of the Federation for German Catholic Youth (BDKJ). The processions are organized, and funds are raised for charitable children’s mission projects both at home and internationally. Click here for MUCH more information about the Sternsinger

The 12th Day of Christmas

Since the Epiphany signals the end of the Christmas Season, it is also a time from most homes to put away decorations and take down the Christmas Tree (most wait until January 7 to do this). In some communities, a huge bonfire is made out of all of the trees. Kids get to plunder the trees before the fire begins…to search for any remaining sweet treats that were used as ornaments (sometimes a few extra wrapped chocolates are hidden in the pile to make the search more fun).

And then, it’s January 7, and time to let Christmas go, and move on to  Karneval, Lent, and Easter!

-6
9   6
previous When Do You Take Down the Christmas Tree?
next What is Maifest? What is a Maibaum? Germany Celebrates May Day!