Fun Facts About King Ludwig II- Not So Happily Ever After

Fun Facts About King Ludwig II- Not So Happily Ever After 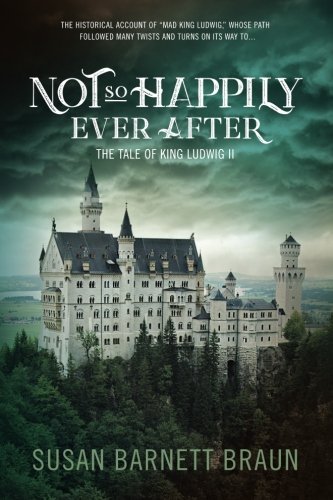 Not So Happily Ever After: The Life of King Ludwig II

Have I already mentioned 100 times how much I enjoy guest posts and I’m sure you all might have noticed how much I enjoy “fun facts”? (Like did you know that the distance between the kneecaps on the Roland statue is an official measurement in the city of Bremen?) So when I got an email/post contribution from Susan Braun filled with King Ludwig II facts, I was THRILLED. Susan is a German History lover, a writer, and one time teacher, so it is only natural that she wrote a book for teens about “Mad” King Ludwig II called “Not So Happily Ever After: The Life of King Ludwig II“. It’s written in a very approachable style, and turns history into the kind of story that is engaging rather than difficult to get through. Perfect for teens or anyone who wants a light read about a fascinating character in German history.

Meanwhile… here are just enough facts to help you clear a Jeopardy category!

First fun fact… if you call him “mad” people get MAD! Ask most people about a famous German, and chances are that many of them will name “Mad” King Ludwig II of Bavaria. What makes Ludwig such hot stuff? Here are a few fun facts about the king.

Susan has been fascinated with Germany since childhood, when she observed her mom researching the family’s German roots on microfilm at the library. She included German instruction during the years she taught elementary school, and she has visited Germany twice.  She has written a book about King Ludwig: Not So Happily Ever After: The Tale of King Ludwig II, and blogs at Girls in White Dresses. Susan lives in northeast Indiana with her husband and three young adult daughters.

Order Not So Happily Ever After: The Tale of King Ludwig II HERE

Not So Happily Ever After: The Life of King Ludwig II

Thank you again Susan for sharing these fun facts with us. I’m sure it will make people see Schloß Neuschwanstein and  Schloß Herrenchiemsee with new respect.

Skip the Lines at Schloß Neuschwanstein!

Skipping the lines is well worth the extra cost. Crowds at the castle, especially in summertime, can get thick. Every ticket is timed, and there are limited numbers. 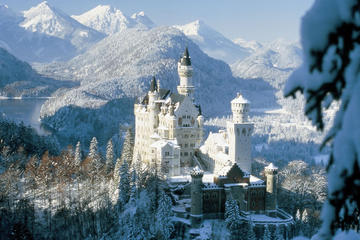 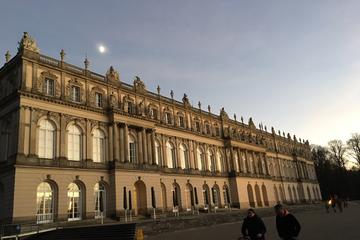 0
0   0
previous The Gingerbread for Liberty Book- The Story of a German American Hero during the Revolution
next What is a Duden? It is MORE than Just a German Dictionary!