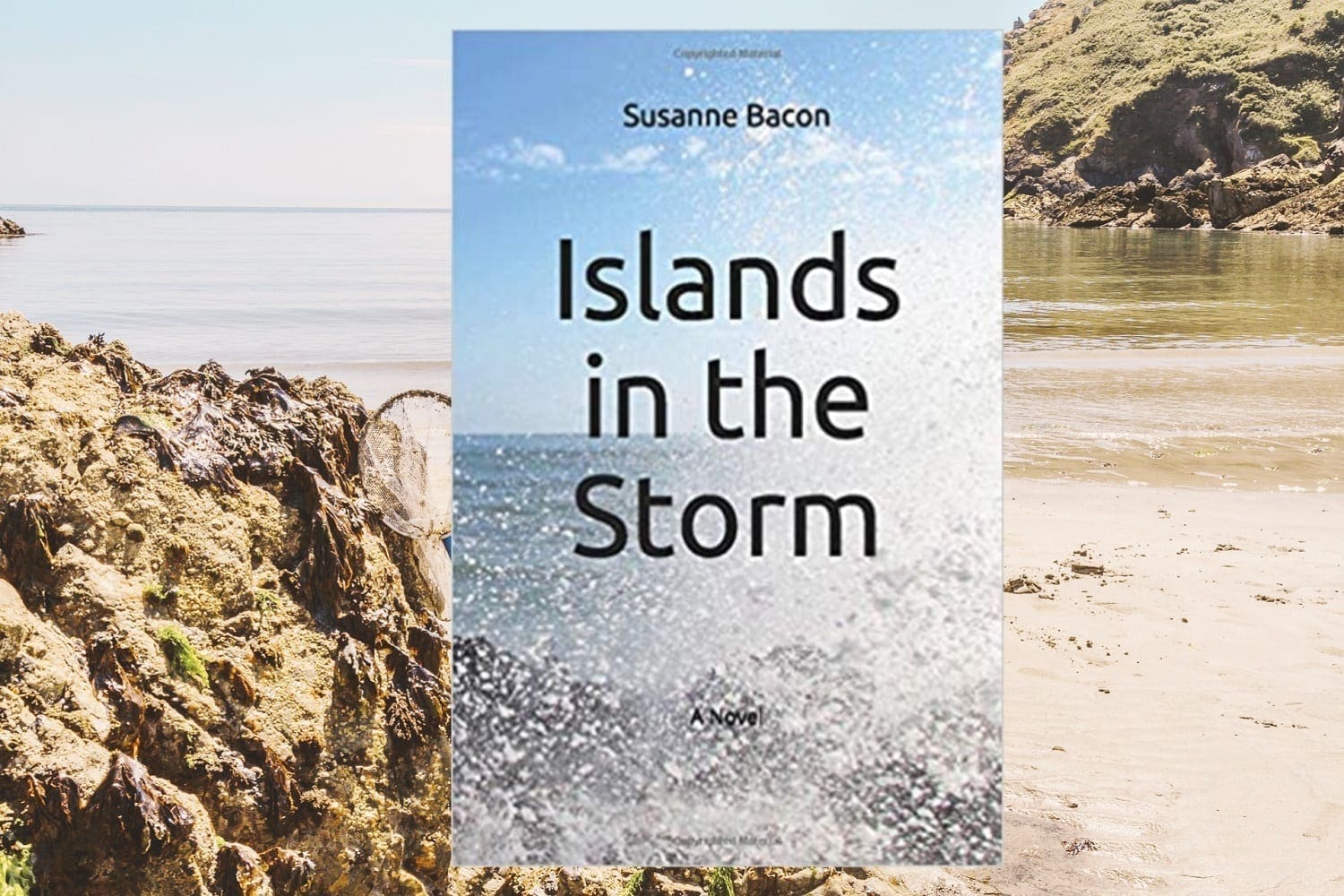 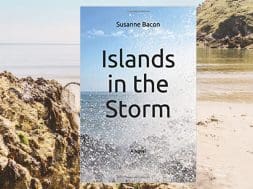 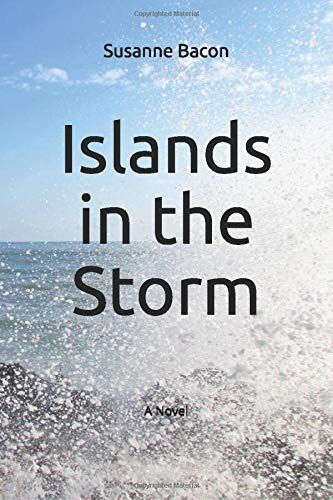 As a history lover, I get excited when I find a new view into the past… a story I hadn’t heard before, something fascinating that feels like I SHOULD have known about it, but didn’t. And even better, when that view into the past comes in the form of engaging and well researched fiction. Susanne Bacon’s first novel “Islands in the Storm” has been battered about almost as much as the people on the Channel Islands… but it’s finally settled in, and ready for a home on your bookshelf.

This story of a German woman digging in to the sensitive past is actually a story within a story, with interesting characters, a bit of romance, and resilient heroes. I know you will love it too.

Island in the Storm

Anne arrives on Herks island after a rough ending to her long term relationship looking to get away and pull herself together. Almost immediately she makes some interesting discoveries… a passport, a poem, some symbols in an ancient tomb. When she tries to find out the meaning behind it all, the locals put up a wall of silence.

Except for one man… Brian, the local doctor and owner of her holiday cottage, weaves together the story for her. The story of life on the Channel Islands during the German occupation.

The book flows back and forth from the present to the past. Brian manages to explain why people behaved as they did. The German occupation of the Islands, especially “Herk” (which isn’t a real island in the chain), happened quickly, and without a lot of bloodshed. Many of the locals evacuated beforehand… women and children ended up in England… so the people who were left just did the best they could, now under strict rules and regulations.

One of the things I find most fascinating is that during the war, England never let it be known that these “British Islands” were in fact, occupied. Churchill insisted on keeping it a secret, because he didn’t want his fellow countrymen to worry, AND he didn’t want the Allies to perceive weakness. But because of this, the Islanders never got help from outside… no Red Cross packages, no military help.  Basically, the Islanders were on their own.

And being on their own led people to take different paths than they ordinarily would have. Islands in the Storm is a war story, a love story, a story of survival, and a story of resistance. 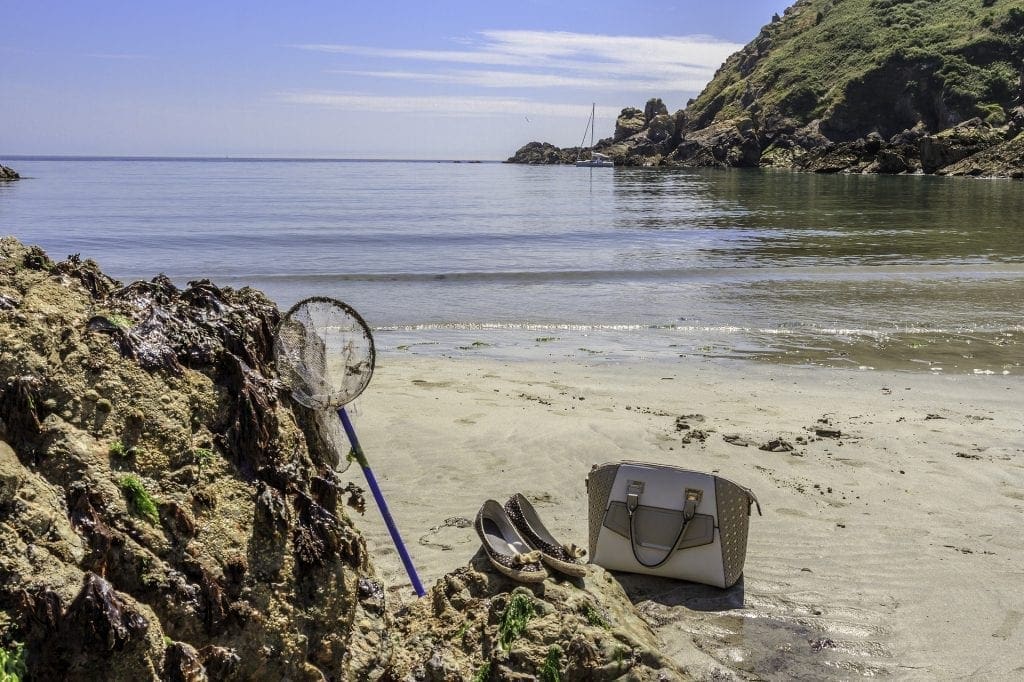 Getting Islands in the Storm Published

I’ve always been a fan of an author’s first novel. It’s as if they had that story in them the longest, and it needs to come out. You can feel them finding a voice. Susanne Bacon’s voice is clearly German. When she first wrote the book in Germany, she had trouble finding a publisher… later, after she moved to the US, her Mother encouraged her to try again with American publishers. It was published, but the translation was only so-so, and it was tough going for some people. (Sentences were structured German-style). Last year, she pulled the book off the market, and went through it with a fine toothed editing comb. Today the story is tighter, and the translation is cleaner. (I’ve read both versions… the original didn’t bother me, because I could hear English speaking Germans in my head without problem… but this is better).

Not Another War Story

I can hear some of you saying… “Not another War Story!” “I don’t like to read about that time”. And I completely understand. Still, this is not just another story of the “bad guy” Germans in World War 2. That’s not to say there were no bad guys, there is quite a doozy! The relationship between Islanders and Germans found an interesting groove, since both were essentially trapped on the Island. As time went by, some of the edges and hierarchy seemed fade a bit. And you can feel empathy for all people who are caught up in the war.

Susanne Bacon’s book is comfortable page turner, and a perfect summer read, yet you get to learn about a hidden chapter of history. In fact, it’s such a wonderful and personal book, I had to ask her if it was an autobiography… she laughed, no, just a story she loved telling.

And I absolutely enjoyed reading through it again.

Find Islands on the Storm HERE 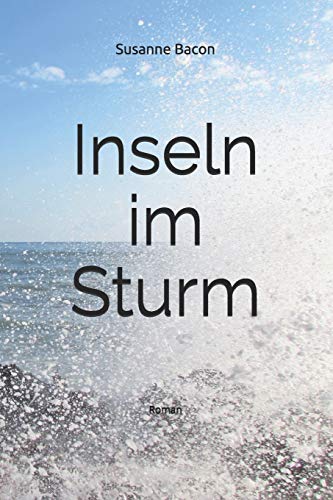 Read it today on Kindle 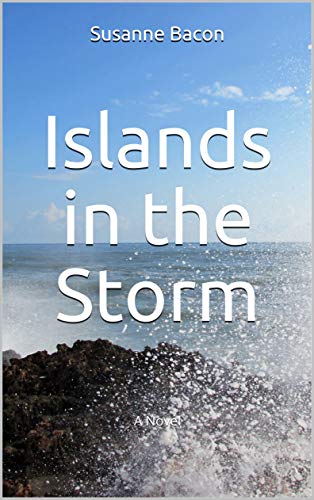 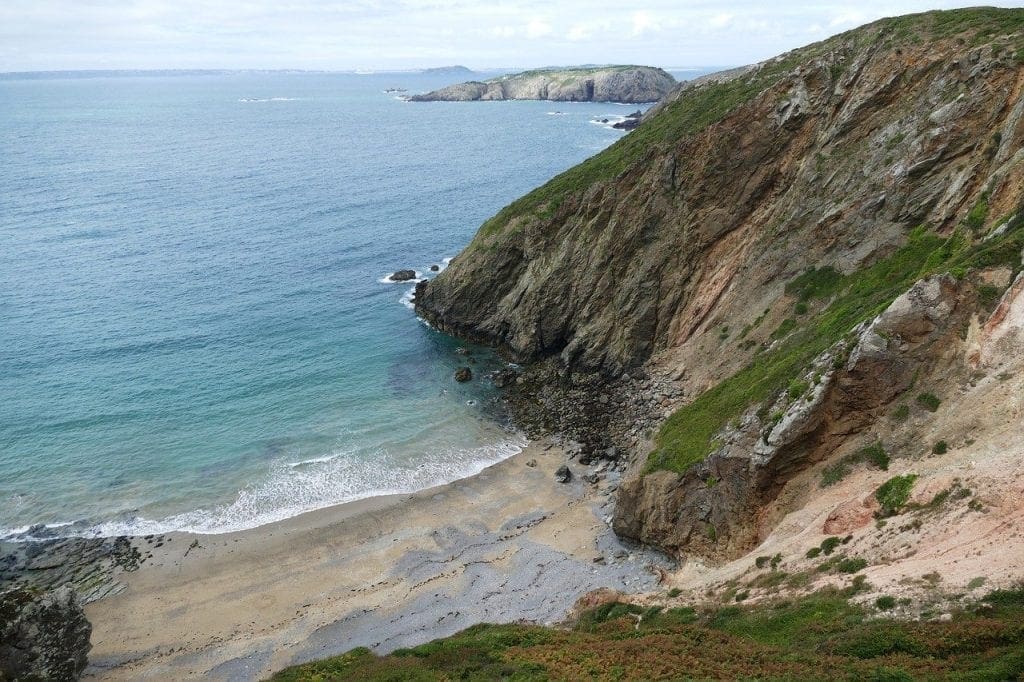 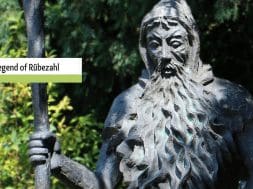 What is Ruebezahl? The legendary Silesian Lord of the Mountains!