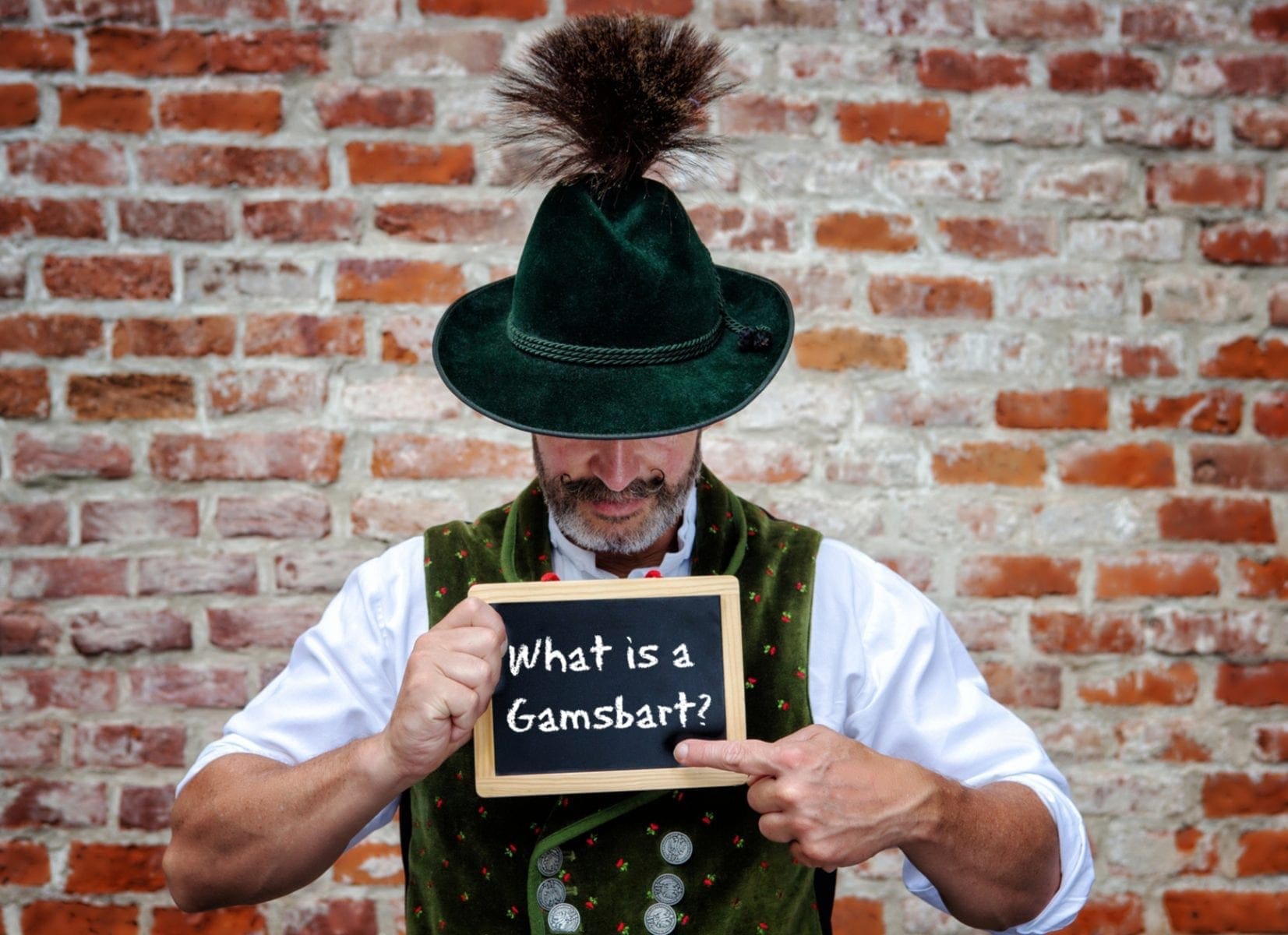 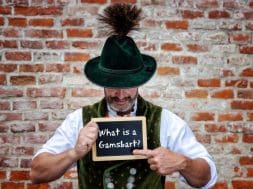 The first time I heart the word Gamsbart... I completely misunderstood. I heard “Gansbart” (Goose Beard) and figured that the person telling me about them had completely lost their mind. (Although…In a way, I wasn’t THAT far off…). So, what is a Gamsbart? This special hat decoration that looks like an old fashioned shaving brush is found in Southern Germany and Northern Austria. Naturally, it comes with an interesting history. And, (this is very exciting)  more recently, it’s become an Olympic competition where bigger really is better… 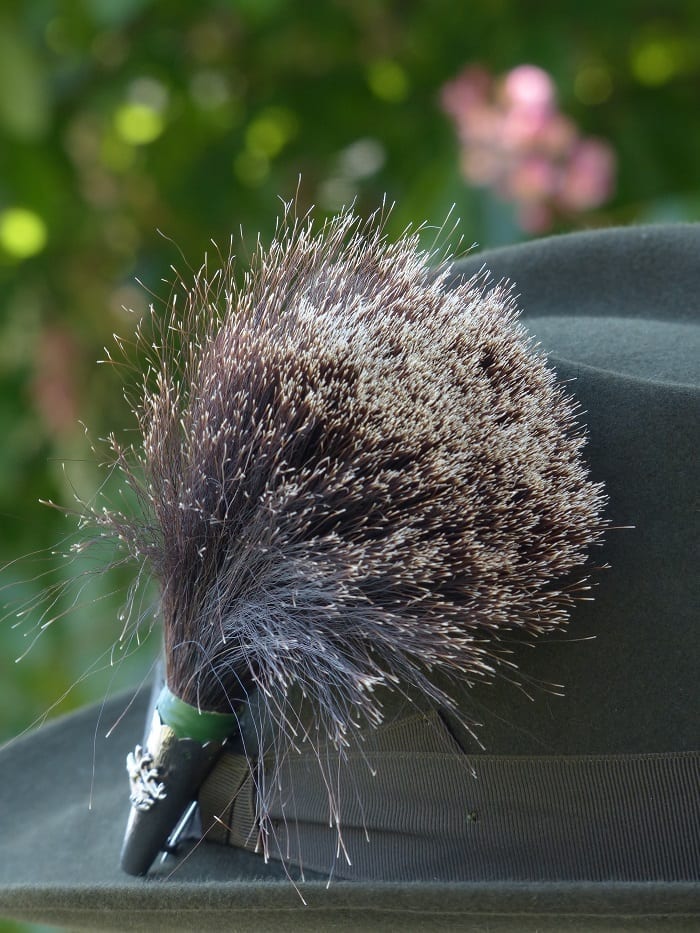 The Gamsbart is a plume of fur made into a hunting trophy. Most commonly they are worn with incredible flair on a Tyrolean hat.  And although they look light and fluffy, they aren’t made from feathers! (Those are another thing) The Gamsbart is made from very specific hair that comes from a Chamois. So… what’s a Chamois? It’s a mountain goat or Gams that lives in the mountains of Europe. In winter the Gams grows extra long hair on its neck and down the spine, when a hunter would kill one, this hair would be saved, and bound into a Gamsbart for his hat. (Fun fact- the original Chamois Leather cloth that my Uncle used to wash his car also came from the Chamois…and apparently, the meat is delicious) 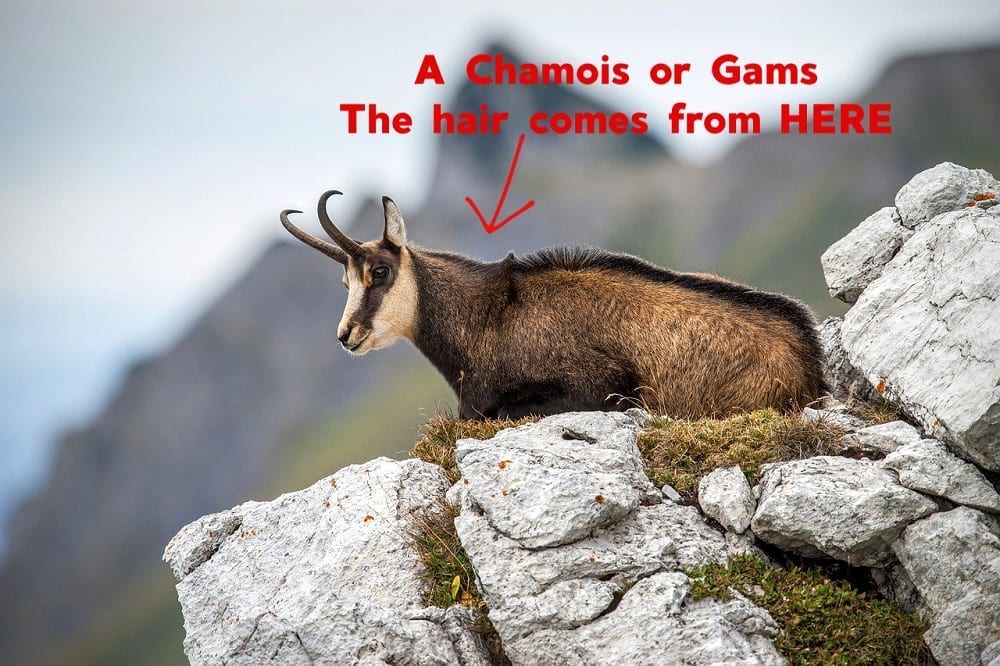 What makes Gams Hair so Special?

It’s a bit confusing, the word “Bart” means beard, but hair for a Gamsbart actually comes from the back of the neck and down the back. Starting in November, this hair grows longer and thicker through winter, making it a lovely trophy. A hunter would then pluck the long hairs out, and carefully save them, wrapped in a strip of paper to take to the Bartbinder.

The best hairs come from a more mature Gams, which can be harder to come by. And, sadly, like humans, not every buck has a full head of luxurious hair. It  can take up to 5 or 6 bucks to donate enough hair for each Gamsbart. 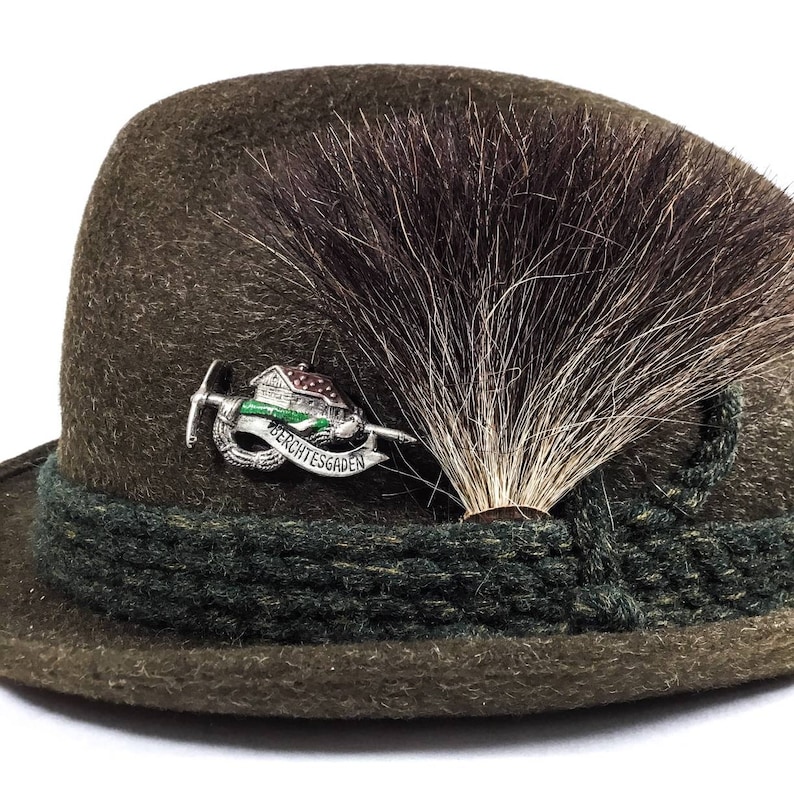 Wearing a Gamsbart dates back to the 15th century. Originally, a Gamsbart would be simple… a tuft of hair, bound by wire, and attached to a hunting hat.

In the 18th century, nobles became enamored of wearing regional costume and Tracht (as if it made them “one of the people”). Naturally, the Gamsbart grew larger and more elaborate to keep up with the noble desire to look really good (and remember, BIGGER is better!). Before long, the big plumey Gamsbart became an official part of Bavarian Tracht. 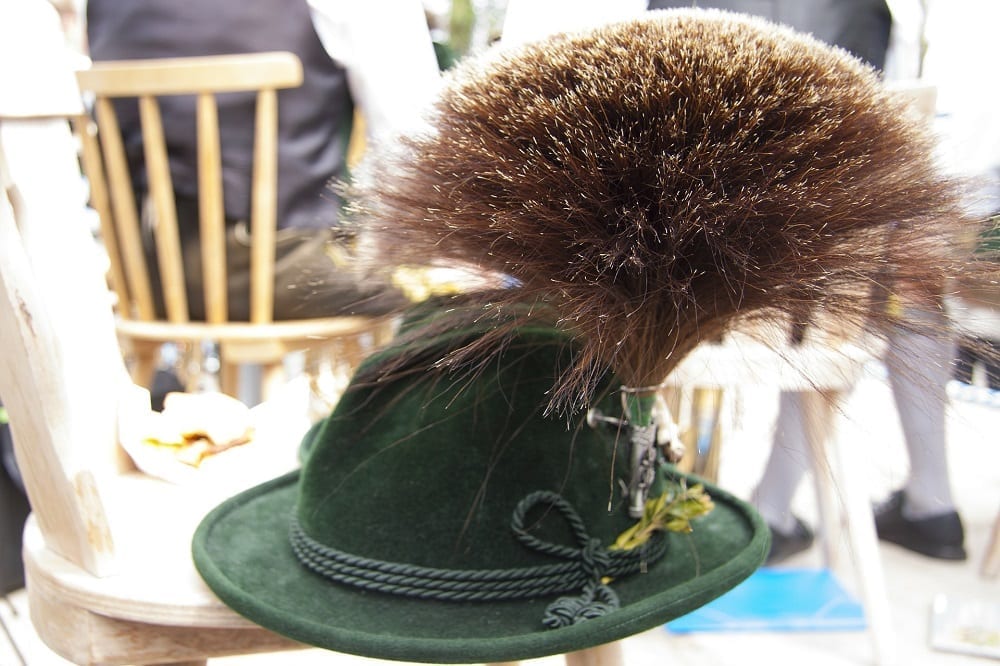 Creating a perfect Gamsbart takes a specialist called a Bartbinder (beard binder), and there are only around 200 of these experts still working today.  It takes a lot of patience, and a LOT of hours to create each one. First the hairs are cleaned, dried and combed. Then they are selected one by one, and sorted by size. It takes a special eye, and “finger gefühl” (tactile sensation) to correctly sort them. Approximately 150 hairs goes into each little bundle which is then carefully tied and trimmed. The smaller bundles are then wrapped and sewn together around a metal holder into a bigger bundle. The shorter ones inside, and longer outside, so the hair falls correctly in a perfect semi-sphere plume. Finally, the completed bundle is placed in a silver cone that attaches to the Tyrolean hat.

The biggest completed Gamsbärte are comprised of approximately 450 smaller bundles (so…. 450 times 150… that’s  67,500 INDIVIDUAL hairs!). Each hair carefully chosen and trimmed. The completed large Gamsbart will take 50-60 hours to make! No wonder the really big ones sell for over €1500!!

The average Gamsbart, is made up of 30-40 smaller bundles, takes only 5-6 hours to construct,  and is much more reasonable in cost (although, in size, they aren’t as impressive… and as you know, it is about size) 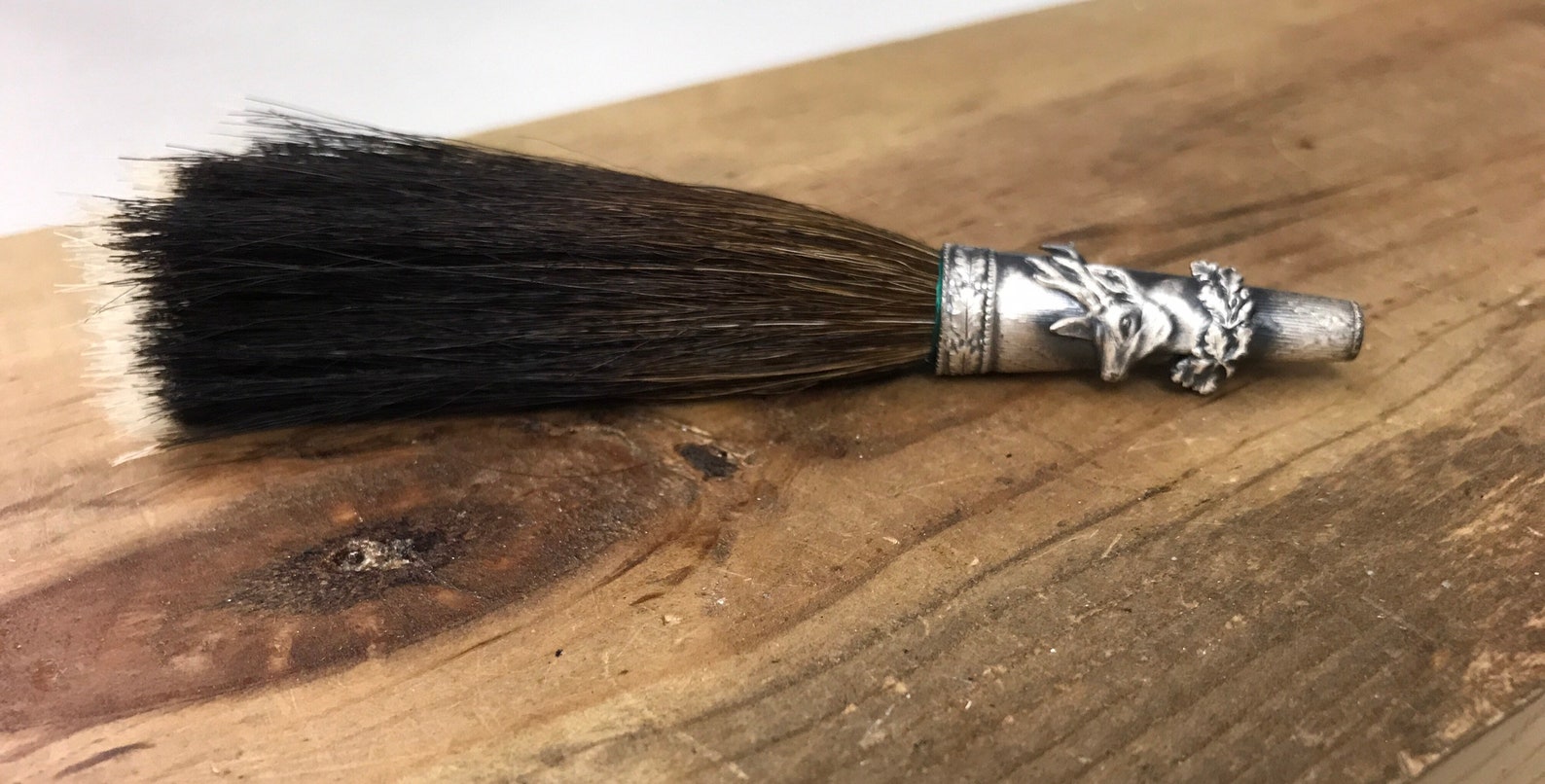 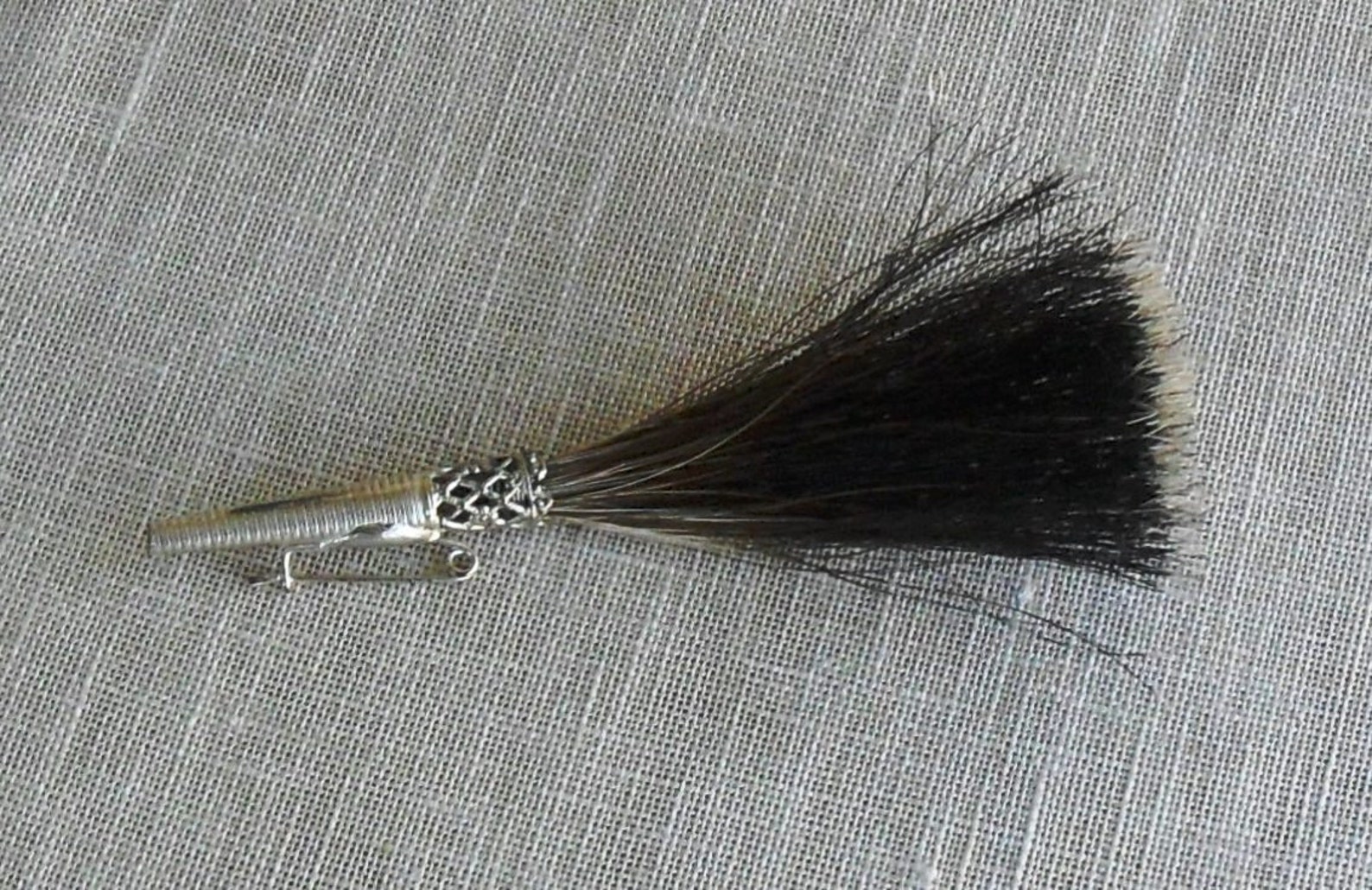 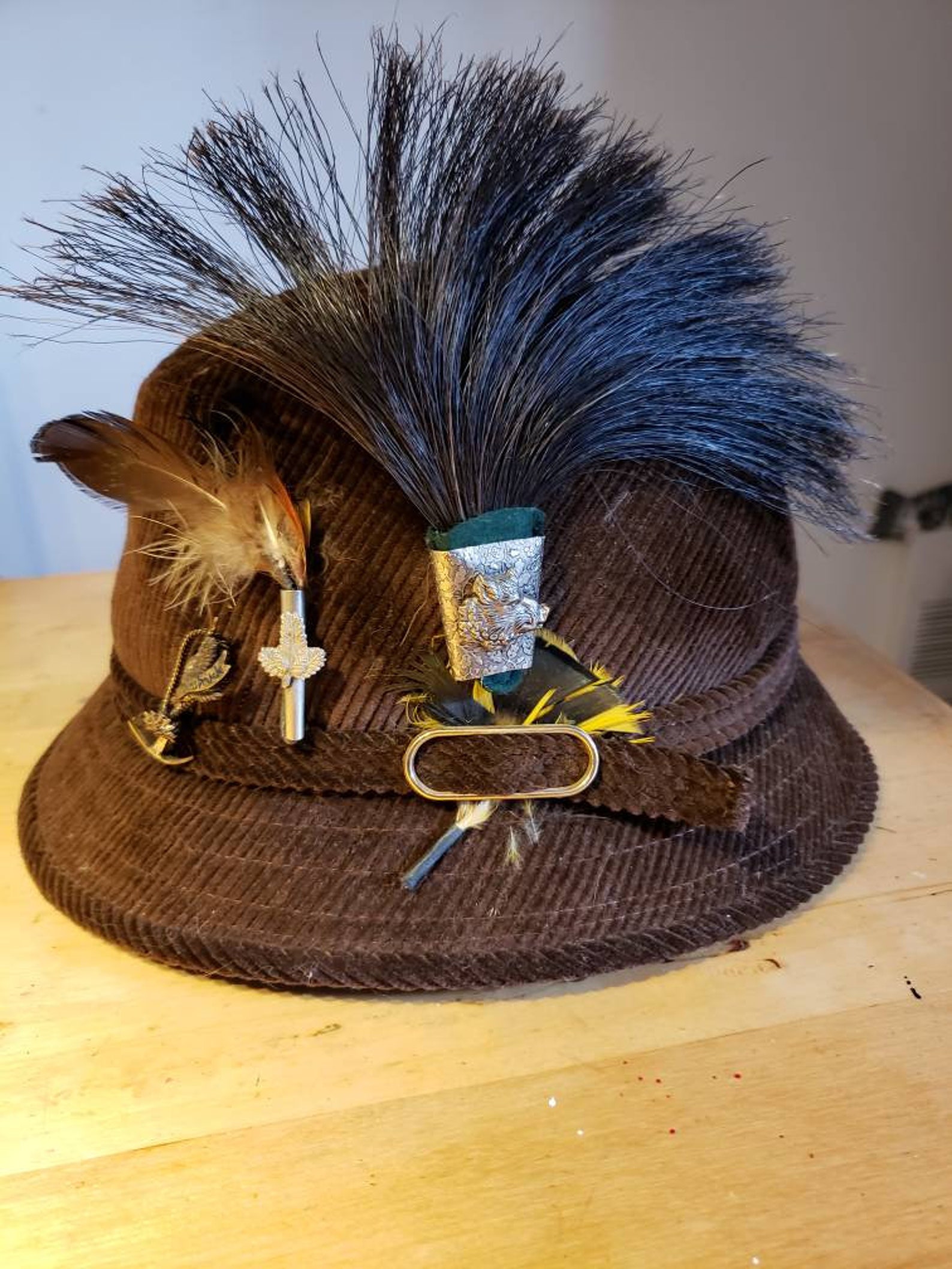 In Berchtesgarten women wear a special round adornment on their hat called a Gamsrädl. Much like a Gamsbart, the Gamshaare (Chamois hair) need to be sorted, and carefully combed flat. They are then formed into a wheel that lies flat, with a center decoration . It is attached to a Scheibling Hut… a traditional wide brimmed hat with a lower crown 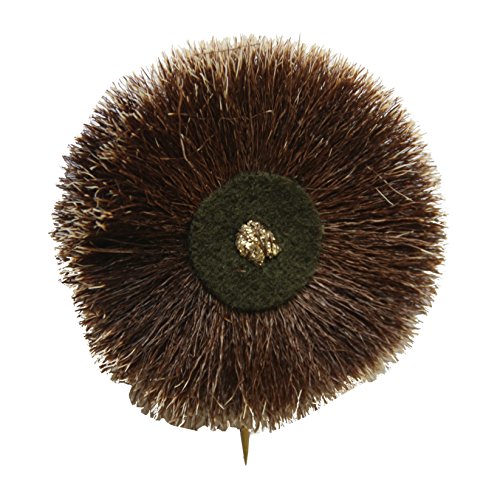 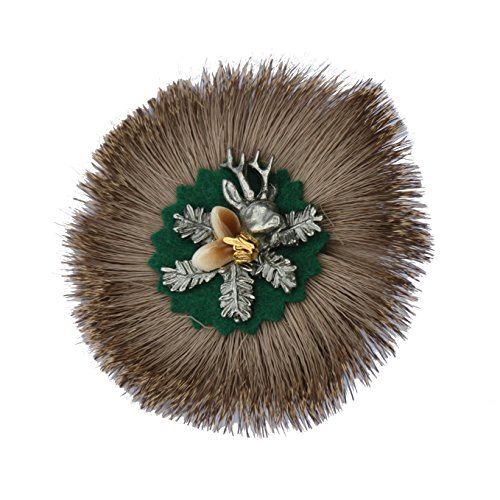 Need a new hobby? Fascinated by the Bartbinder trade? Learn everything there is to know about making a Gamsbart with this book. 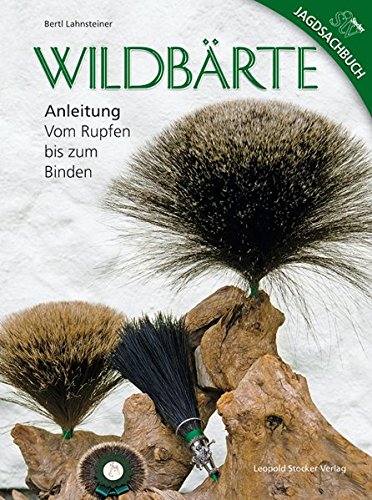 Since 1960, Gamsbart aficionados have competed in the Gamsbart Olympics. Similar to boxing, there are different classes that you can enter…. Gams, Hirsch (Deer) or Dachs (Badger)… as well as different lengths. While length is important (the premier class starts at 19 cm) , the quality of the hair, density, and the color is also judged. Some counterfeiters will try to sneak in Gamsbärte with DYED white tips! Experts know the difference, and the impostors  are immediately disqualified! 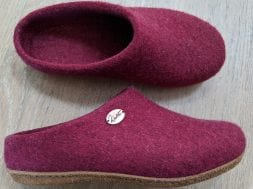 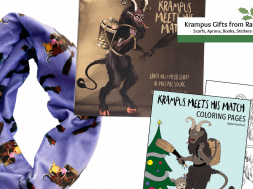