Home Celebrating German Culture in America What is a Moravian Star? More than Just a Holiday Decoration!

What is a Moravian Star? More than Just a Holiday Decoration!

What is a Moravian Star? More than Just a Holiday Decoration!

You may have seen them before, but did you ever ask yourself “What is a Moravian Star?” This beautiful 26 point Moravian Star, also known in German as a Herrnhuter Stern, has been a popular decoration during the Christmas Season... the beginning of Advent until the Ephiphany… in parts of Germany for almost 200 years. Moravian Stars are used to represent the Star of Bethlehem, and are hung in churches and homes, in windows, or on top of Christmas Trees.

When I was young, my Mama would assemble and hang one in our home. But I never knew the history of this geometric decoration… until now. It turns out, the Moravian Star did NOT start out as a Christmas decoration, in fact, it was part of a MATH lesson!

To understand Moravian Star History, it’s best to start with a brief history of the Moravian Church. In the late 14th century, Jan Hus led a group of people in Bohemia and Moravia to reject the Catholic Church, and return to simpler religious practices. (Believe it or not, this was 100 years before Martin Luther). He was arrested and burned at the stake for his rebellion against the church. The Moravians, his followers, who called themselves “Bohemian Bretheren” or “Unity of Bretheren” went into hiding until they found a safe home on land in Saxony, given to them by Count Nikolaus Ludwig von Zinzendorf. They established a village called Herrnhut (“The Lord’s Watch”), that became a safe place for Bretherens to live and practice their beliefs. They even established schools.

It was at a Moravian School in in Niesky, Germany, that the first Moravian Star was created. A teacher, trying to explain the details of Geometry, created the Star as part of a lesson plan. The Moravian Star became popular, and was soon adopted by the Moravian Church to represent the Star of Bethlehem. I can just imagine the boys from the school taking home their “projects”, and proud parents hanging them up in their homes, much like I tape my own kids’ projects to the refrigerator.

In 1880, one of the graduates of the Moravian School, Pieter Verbeek, opened a bookstore in Hernnhut, and started selling these decorative stars. His son expanded on the family business by opening the Hernnhut Star Factory, and began selling the stars and directions for making them worldwide. The Factory operated until World War 2 when the factory was destroyed by the Soviet Army. The East German government took over the factory briefly after the war, and then finally turned the operation back over to the Moravian Church. Today, the the Abraham Durninger Company runs the company in Hernnhut, and distributes Moravian Stars worldwide.

What is a Moravian Star

The most common Moravian Stars have 26 points… made up of 18 squares and 8 triangular cones that join into a sphere (the math word for this is rhombicuboctahedron). However, you can get Moravian Stars with up to 100 Stars. It’s all about geometry… the combining of squares and triangles to make a sphere. I remember watching Mama puzzle the pieces together with brads.

These beautiful stars make the most simple, yet complicated, of Christmas decorations. They are found all over the world. Initially the spread came as a result of the many Moravian Church Missions, but the beauty of the Advent Stars made them popular with everyone from Leibzig to Winston-Salem, North Carolina, to South America and India.

Moravian Stars come in a multitude of sizes. You can even use them as pendant lights. I brought home a few from Germany after visiting the Christmas Markets (they were sold with adapters for American plugs). They hang in my window for all the neighborhood to see!

Make your Own Moravian Star 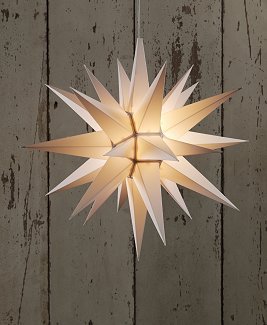 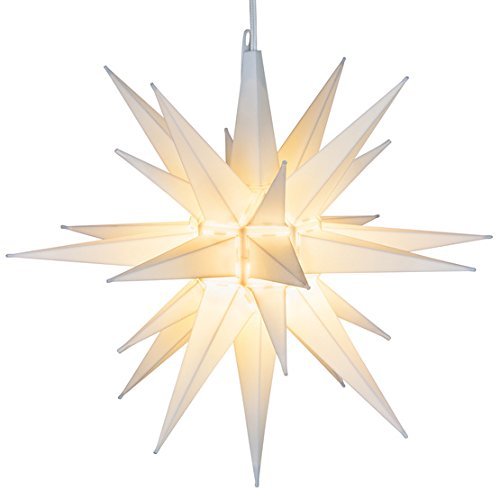 These stars come from Germany, but can be shipped to the US. Remember, you might have to change the power cord if it comes with one. 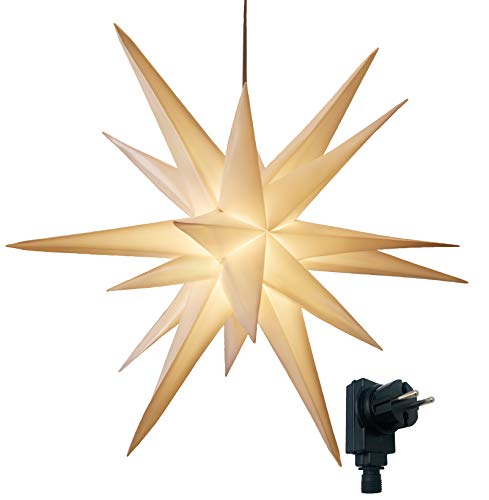 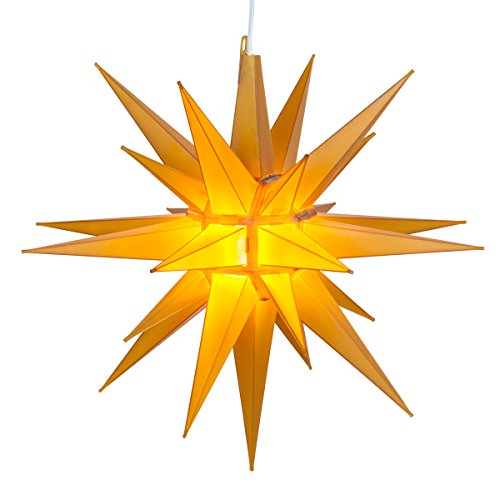 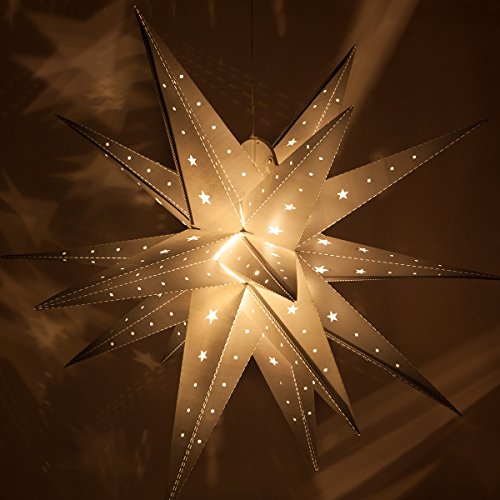 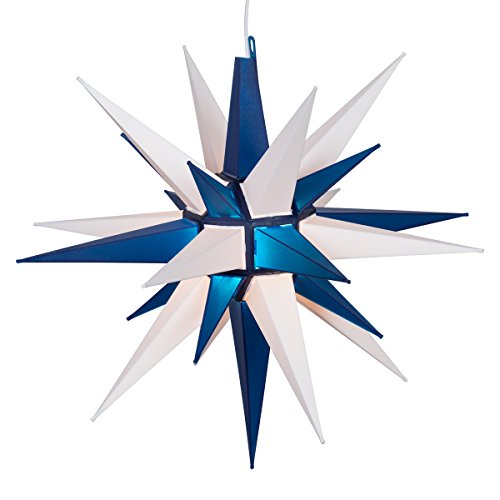 With or without an internal light, a Moravian Star is a beautiful Tree-Topper. 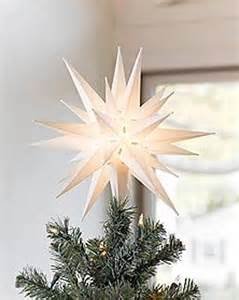 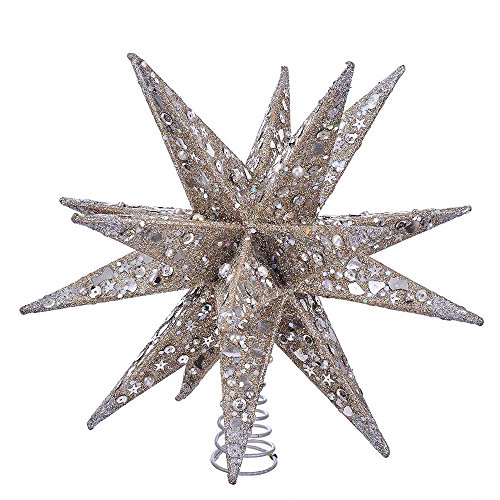 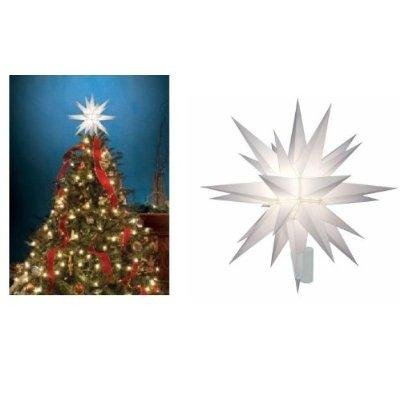 What beautiful sun catchers and ornaments! 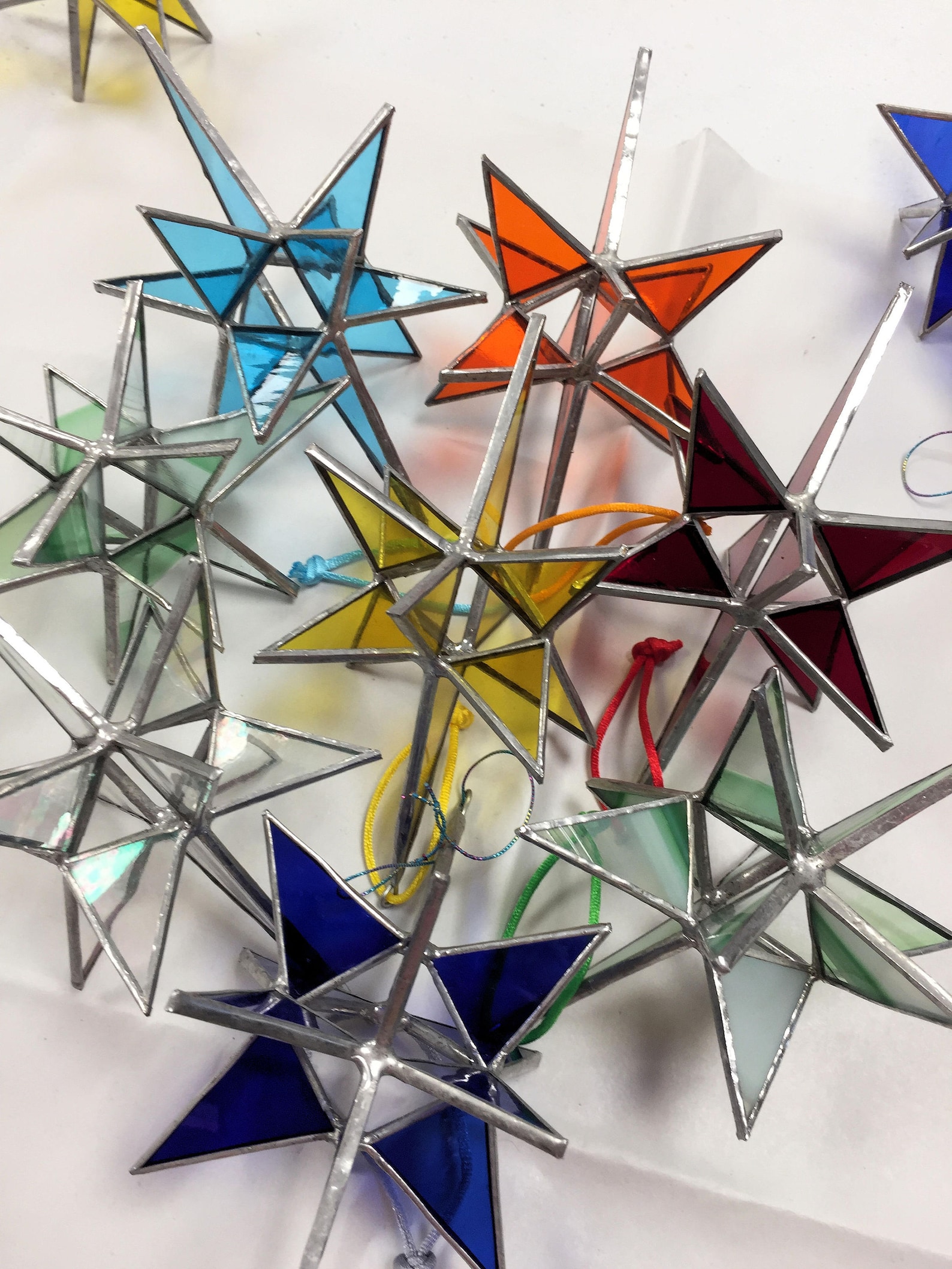 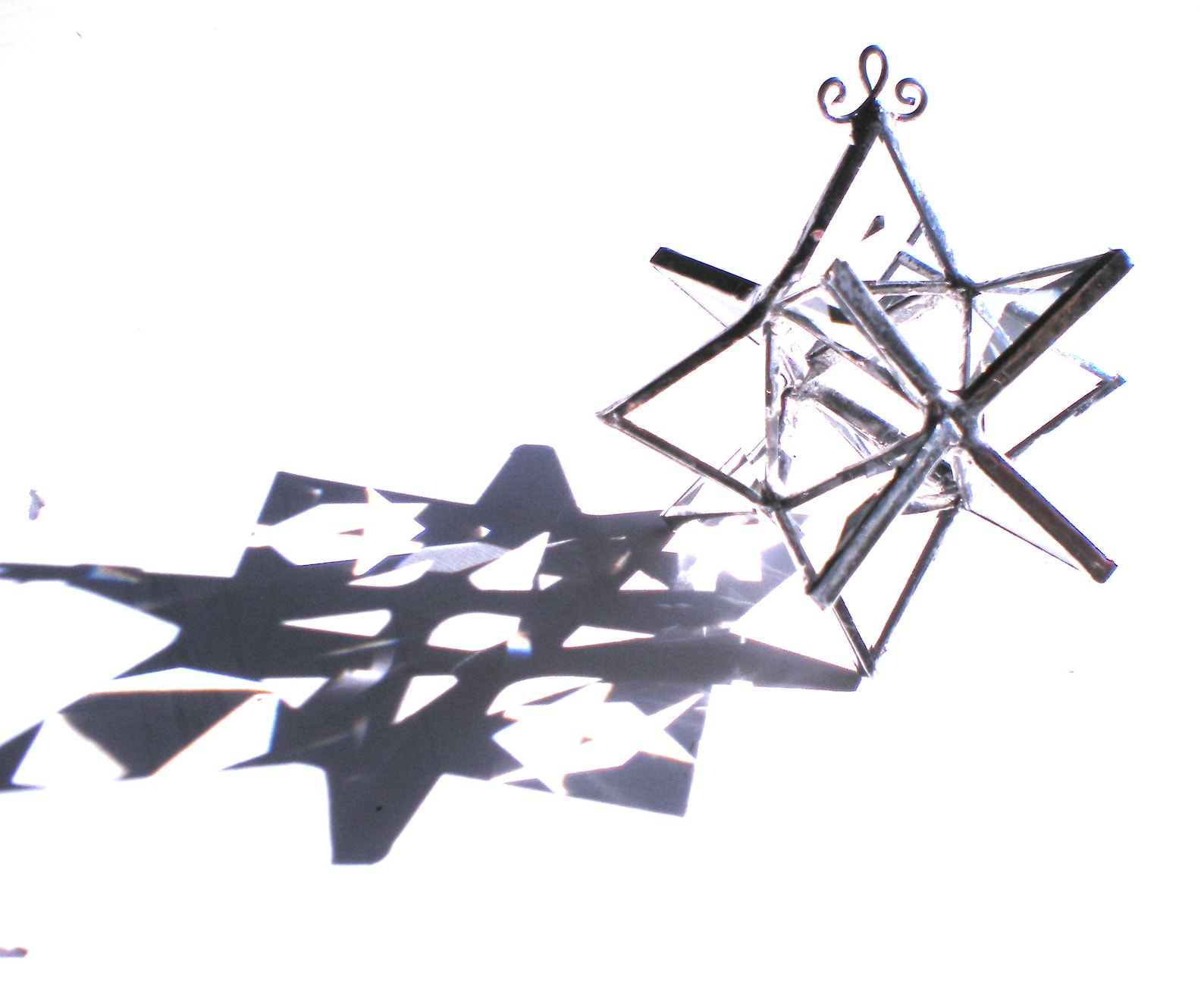 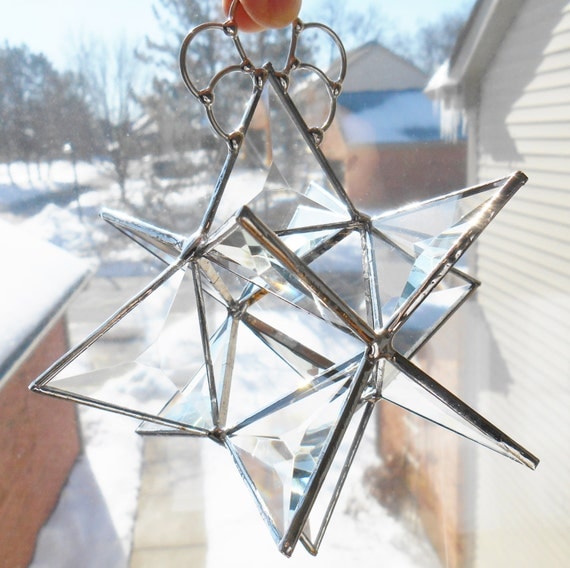 These are just astonishingly beautiful! Perfect for Year Round use! 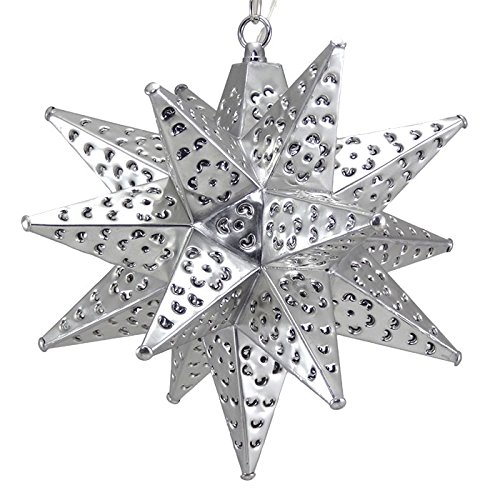 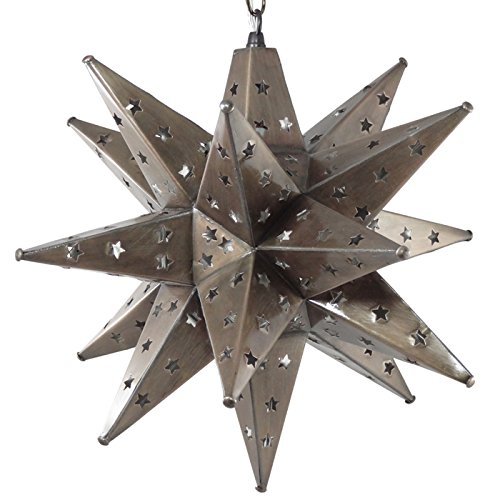