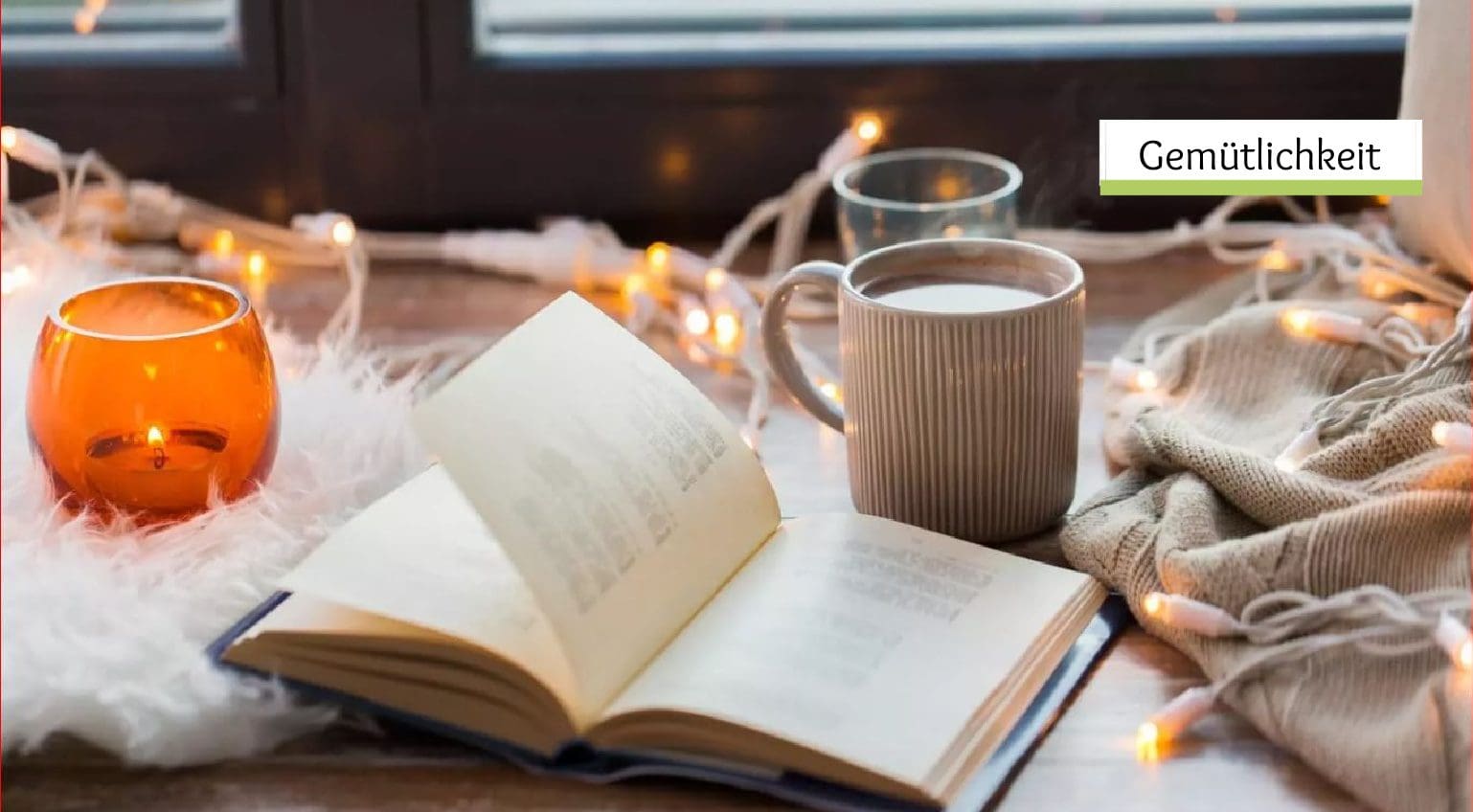 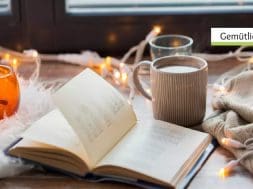 When I arrive on my Aunt’s doorstep in Germany, she greets me with “Kommt ‘rein… mach’s euch Gemütlich!”(come in, make yourself gemütlich) and on family evenings instead of making plans my mother might say, “Wir machen uns Heute Abend Gemütlich” (tonight we will make ourselves gemütlich). A small well appointed room is described as “Gemuetlich”, and a noisy drafty restaurant would be called un-gemütlich. (I once sat next to a woman in a soccer stadium who complained that the wall behind our seats made it very un-gemütlich!) Gemütlich or Gemütlichkeit is one of those easy to understand, yet impossible to define German words. It’s a word that describes a feeling, rather than something absolutely tangible. A word Germans instinctively understand. So, what is Gemuetlichkeit? How did it become such a central part of German life?

Gemütlichkeit translates loosely to describe “the state or feeling of warmth, friendliness or good cheer”. This term often gets associated with the feelings you have sharing a beer with friends at a beer garden or exploring a Christmas market with your family. Some see the English equivalent being “cozy”, yet to Germans this misses a key component. To them, Gemütlichkeit has a good, warm feeling that comes from interactions with others. It grows from a sense of close community or belonging, and touches on senses of full well-being. 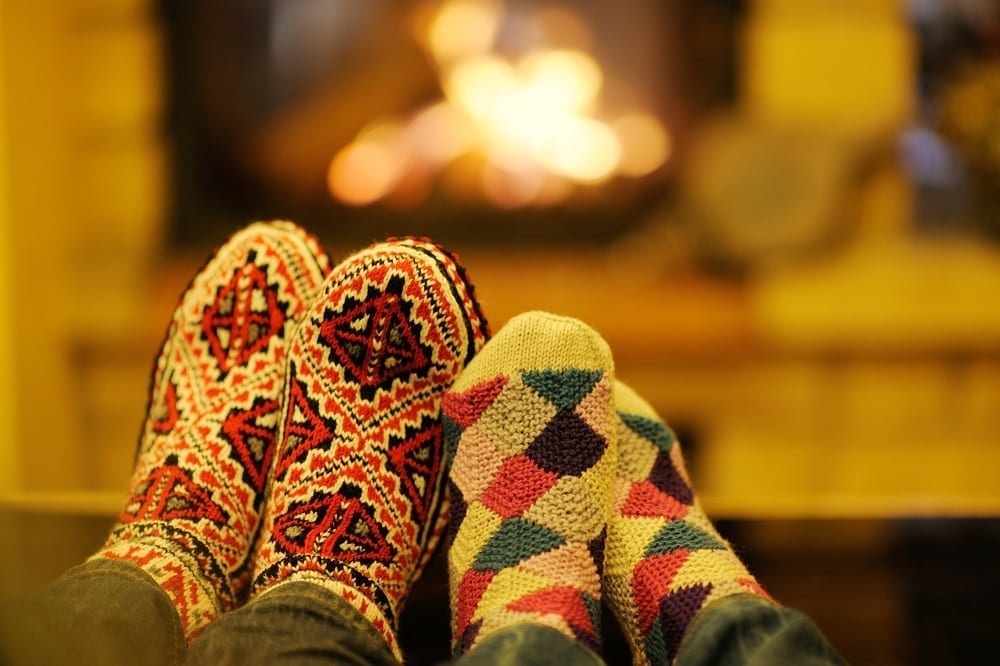 German can be a fairly straightforward language. Words get put together to create a name that might be descriptive to explain the new concept.

But a word like Gemüt isn’t so straightforward. Gemüt is defined a number of ways… as mind, mood, feeling, and psyche. A state of mental being.
Add “lich” and you turn the noun into an adjective. Lich describes the Gemüt. (No, there’s no exam, and the Grammar police are not on their way).
So now we add “keit”, which turns the adjective back into a noun. (and no, you aren’t the only one a little confused)

What is Gemeutlichkeit? Gemuetlichkeit is when your mental state is at peace, and entirely content in its current state.

A History of Gemütlichkeit

Perhaps the word is better understood if you know a bit of the history. (And don’t worry, I won’t dig too deep.)

The concept of Gemütlichkeit emerged during the Biedermeier period in German history. This time between the Napoleonic war ended in 1815 and the Revolutionary wars kicked up in 1848 were a time of Middle-Class prosperity. A time of looking inward to hearth and home. But why?

It was all because of industrialization. Factories and industry were creating wealth in Germany, and the Urban Middle-Class grew. The people were war weary, and after years of political oppression, they decided to use their extra time and money to focus on domestic issues instead of politics. It was as if an entire group of people collectively said… “I have food in my stomach, a roof over my head, I’m sick to death of politics, so I’m staying home with my family and just enjoying my life”.

Ironically, the word Biedermaier comes from a pair of satirical poems by Joseph von Scheffel called “Biedermanns Abendgemütlichkeit” and B”ummelmaiers Klage” about the withdrawal from public political life. Bieder means “unadventurous” and Maier is like Smith…. A Biedermeier is an unadventurous average man. But that takes us away from the main point.

The Biedermeier period even comes with its own design style… simple, functional, practical. More people bought and read books, people took up hobbies, homes had pianos, and every house had a writing desk.

This was a time of the idyllic lifestyle. The husband went to work, while the wife stayed home and made sure that the home was comfortable for the family. Home Sweet Home. The word Gemütlichkeit comes from this, the idea of withdrawing from the outside world, and focusing on the domestic. 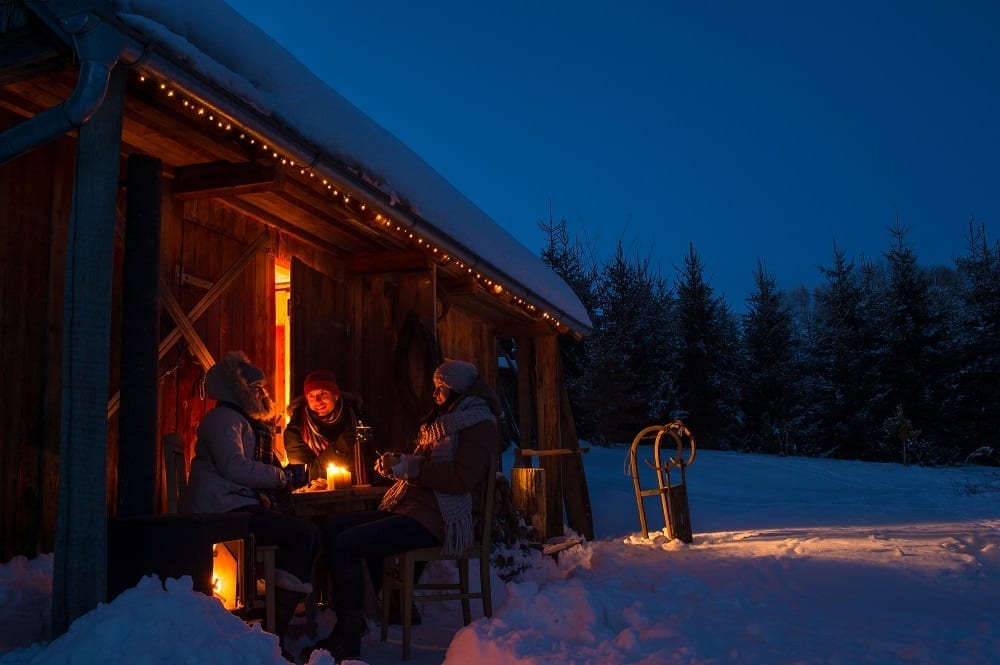 What is Gemuetlichkeit Today

While today’s lifestyle may have changed a bit, the German desire for Gemütlichkeit remains. The in-home feeling of sanctuary, of belonging. Perhaps that is why, from the outside Germans may look a bit distant, but at home, Germans are the warmest people I know. It’s all about Gemütlichkeit.

I think we can all agree that the world could use more Gemütlichkeit.

tags: what is gemuetlichkeit
0

-9
14   9
previous Was the US Official Language Almost German? The Muhlenberg Legend
next Sweet Valentine's Day Angels- Beautiful Gifts from the Erzgebirge