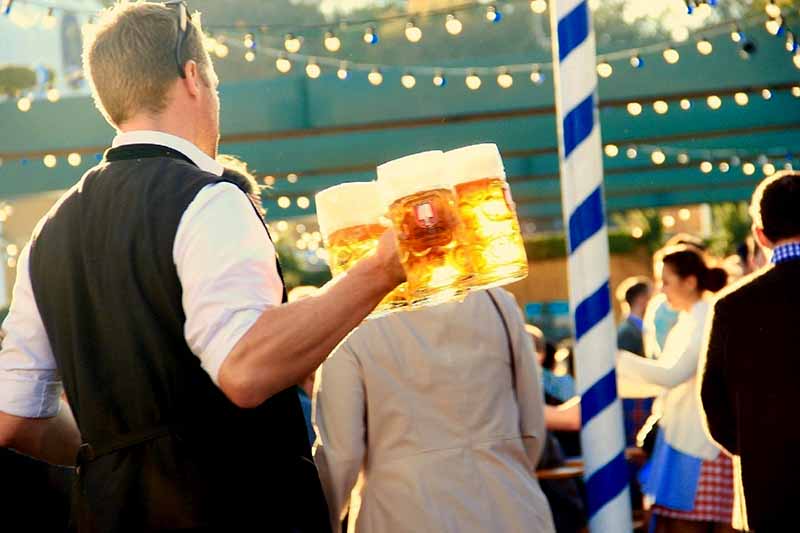 What is Oktoberfest Bier? And what makes it Special? 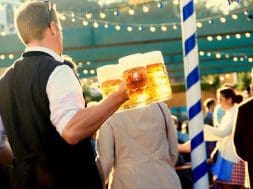 What is Oktoberfest Bier? And what makes it Special?

What is Oktoberfest in Germany?

What began as the celebration of Crown Prince Ludwig’s marriage to  Therese of Saxe-Hildburghausen  in 1810, evolved into a Volksfest, now known as Oktoberfest, the largest beer festival and funfair in the world. Oktoberfest is a festival that lasts for 16 to 18 days every year in the German city of Munich. The Oktoberfest starts in mid to late September and runs until the first weekend in October.  (Read more about Oktoberfest in Munich HERE—>Oktoberfest in Germany) 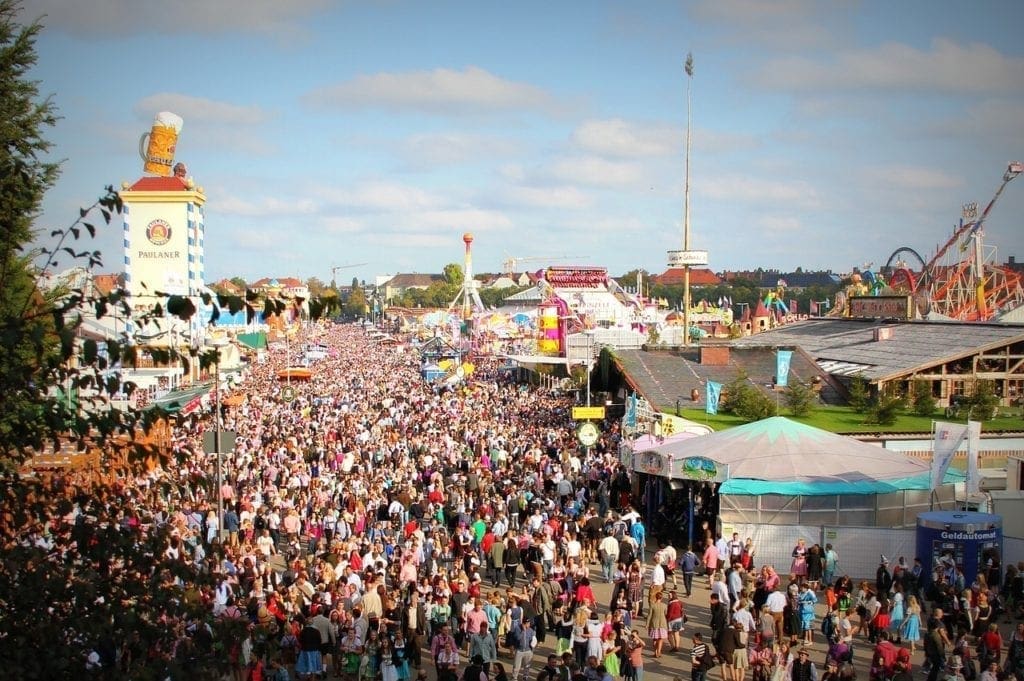 Officials at Oktoberfest only allow beers that conform to certain criteria of the German beer purity law. The original purity law, or Reinheitsgebot, requires that breweries produce their beer according to certain specifications using only these ingredients – water, barley and hops. Yeast, the fourth ingredient, was unknown at the time. The other very important restriction... the beer must be brewed in Munich. 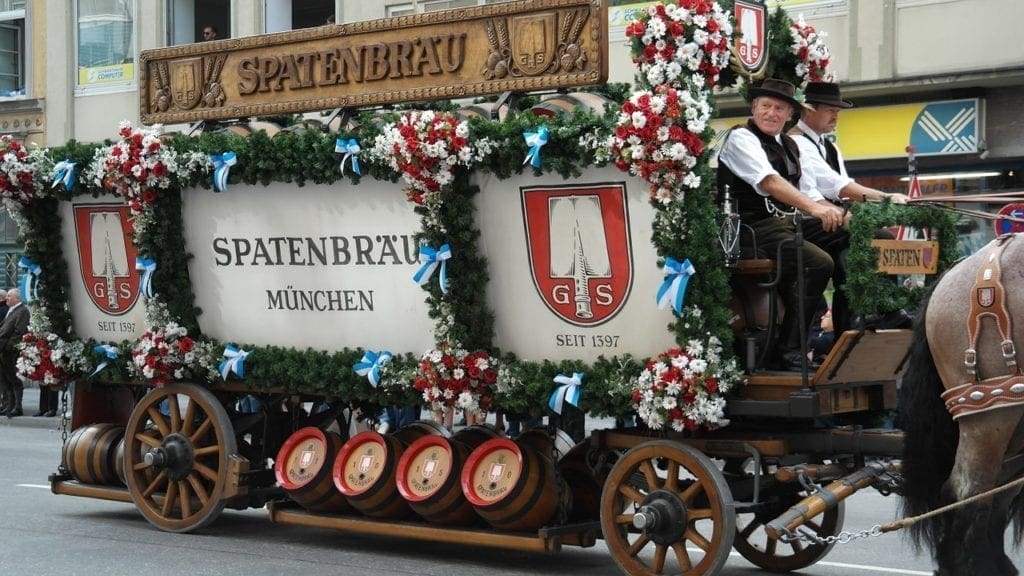 Those six breweries are: Augustiner-Bräu, Hacker-Pschorr-Bräu, Löwenbräu, Paulaner, Spatenbräu and Staatliches Hofbräu-München. These breweries are located within the city limits of Munich and conform to the many rules of Germany’s beer purity laws. Additionally, all six of these breweries are part of the Club of Munich Brewers, which own the Oktoberfest Beer trademark.

$5 Off Next Purchase, Use code DRIZLYDEAL

Augustiner is the oldest Brewery in Munich, dating back to 1328, when the monks of the Augustiner order began brewing. During Oktoberfest you can find their 6% Augustiner Wiesn Bier at the official Augustiner Festival Tent, the Tradition Festival tent, and in the Fischer Vroni. There are also smaller tents serving Augustiner, the Wildstuben, the Ammer Hühner- und Entenbraterei, and the zur Bratwurst.

In 1589, the Hofbräu was opened as a ducal brewery (meaning royal brewery) in the middle of Munich. In 1939 it became a state owned brewery. The famous Hofbräuhaus can still be found on the Plätzl in Munich. And you can drink their strong-ish Wiesn beer in the Hofbräu tent and in the original Munich folk singer tent “Zur Schönheitskönigin”.

Although it’s been around probably since the 14th century, Löwenbräu wasn’t officially it’s official name until 1746. At one point, it was the largest brewery in Munich. Today it’s consolidated in the Spaten-Franziskaner-Löwenbräu Group. Look for the Giant ROARING lion, and you will find the Löwenbräu tent serving their 6.1% Löwenbräu-Wiesntrunk. You will also find their beer in the Schützen tent and in the small Haxnbraterei.

Spaten Brewery was founded in 1397, and they were the first brewery to introduce the bestselling “Münchner Hell” (Munich Pale) back in 1894. You can find Spaten’s 5.9% Wiesn beer, together with their partner Franziskaner, served in the Schottenhamel Tent (where the Mayor of Munich taps the first keg to open the Oktoberfest. Spaten is also served in the Ochsenbraterei, at the Glöckle Wirt, in the Marstall, at the Goldenen Hahn, in the Wirtshaus im Schichtl, and in the Kalbsbraterei. You can find Franziskaner Feisinger’s Kas- und Weinstubn.

The Hacker -Pschorr brewery dates back to 1417. They first came together with the hyphenated name in the 18th century after the marriage of Joseph Pschorr and Maria Theresia Hacker, then later it split into separate breweries for a while when sons couldn’t get along. In 1972, Hacker and Pschorr re-merged. Today you can find their 5.8% beer at the Hacker festival tent, the Pschorr festival tent Bräurosl, and in the Herzkasperl festival tent on the Oide Wiesn. Also find it at Heimer Enten- und Hühnerbraterei, the Fisch Bäda, and Poschner’s Hühner- und Entenbraterei.

The Paulaner order of monks began brewing Paulaner beer in 1634, making this brewery the baby of the group. Originally, it was only brewed for monks, and served to the public at festivals. You can drink the 6% Oktoberfest Bier in the Paulaner Festzelt, the Armbrustschützenzelt, the Käfer tent, the Kuffler’s Weinzelt (as wheat beer until 9 p.m.), the Heinz Wurst- und Hühnerbraterei, the Vinzenzmurr Metzger Stubn, the Munich Knödelei, and the Zum Stiftl festival tent. Oktoberfest 2020 was Cancelled…. So why not WEBTOBERFEST!?

Join us for a fabulous Online Oktoberfest Event! What About American Octoberfest Beer

If only six breweries can make Oktoberfest beer, then where did my local brewery’s Octoberfest beer come from?

Due to the popularity of the German Oktoberfest and the beers they serve, beer drinkers from around the world clamored for a chance to have a taste (without paying the airfare). And they also wanted the opportunity to drink the famous beers of Oktoberfest in their homes and local eateries.

While these beers are not official Oktoberfest beers, many breweries do claim to follow the same rules that the six official breweries follow. 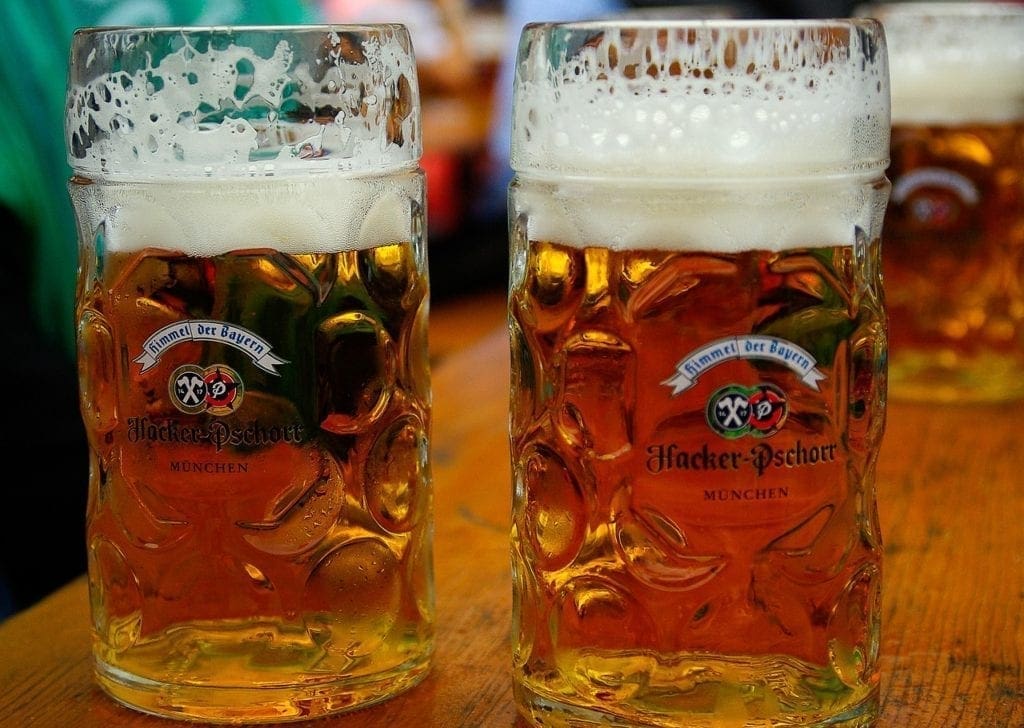 But there is a difference.

Unlike the pale and drier tasting official German beers, the American style beer is more amber in color, also known as the Marzen style. The Marzen style is closer to the beer that they served during Oktoberfest in the late 1800s. Attendees of Oktoberfest at the start of the 1800s enjoyed a beer with a very dark color, or a Dunkel lager. Since then the beer has become lighter, to a Helles or Wiesn golden pale lager, which is what they currently serve.

The Marzen style lager that Americans favor uses more caramel malts, giving the beer a sweeter and fuller flavor. Helles and Wiesn beer isn’t as sweet as the Marzen; however, it does have a higher alcohol content.  So, beware if you’ve never had real Oktoberfest Beer… it can sneak up on you. 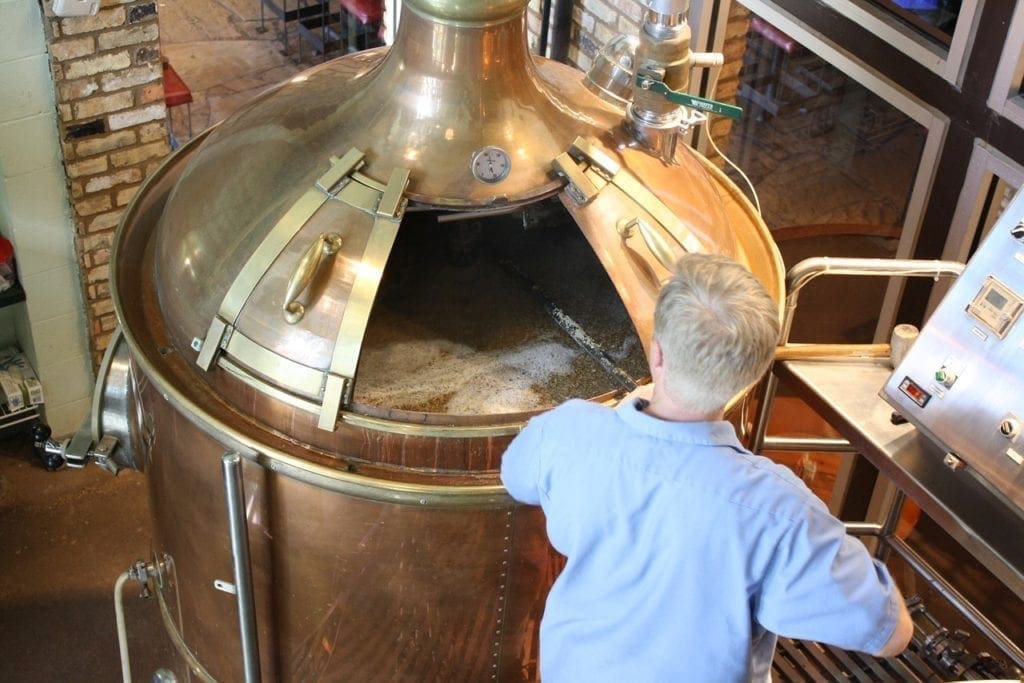 Which Style of Oktoberfest Beer Is Better?

There’s no right answer to this question. It depends upon your flavor palate. Some people prefer a sweeter and darker beer and yet others want higher alcohol content or a crisper tasting beer.

If you like beers from American breweries, you’ll prefer the Marzen beers because American brewers trend sweeter. If you prefer IPAs and dry beers, you may prefer the traditional German style. Luckily, the rising popularity of beer has made it easier to find a beer that you desire locally.

Whatever you decide to drink, grab a case of Oktoberfest Beer and some friends, then prepare to have a good time. 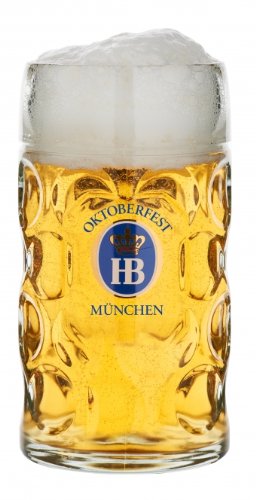 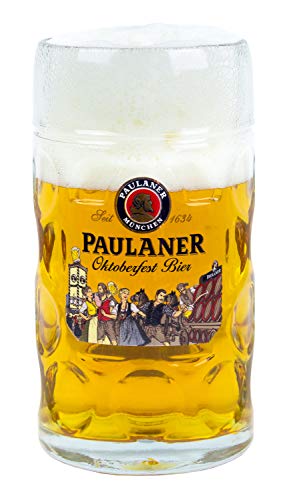 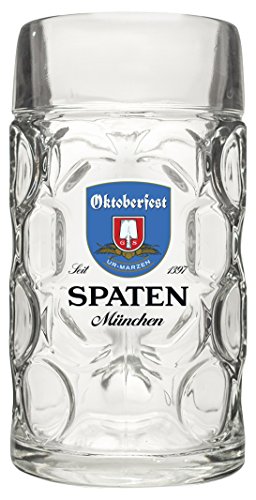 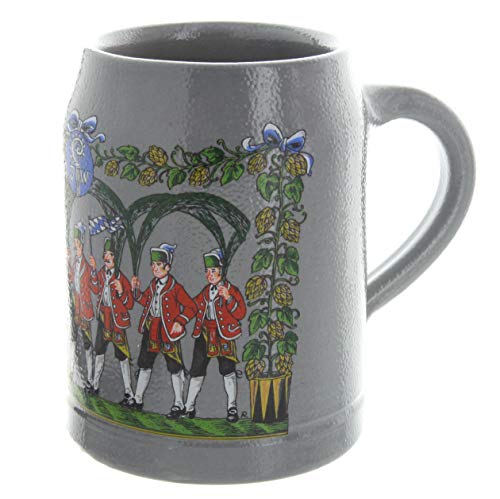 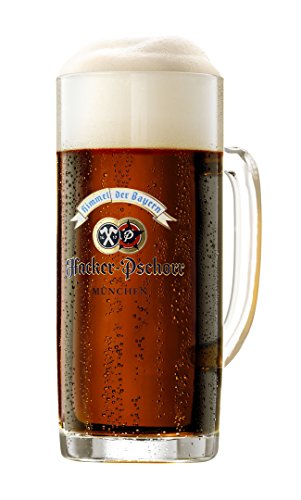 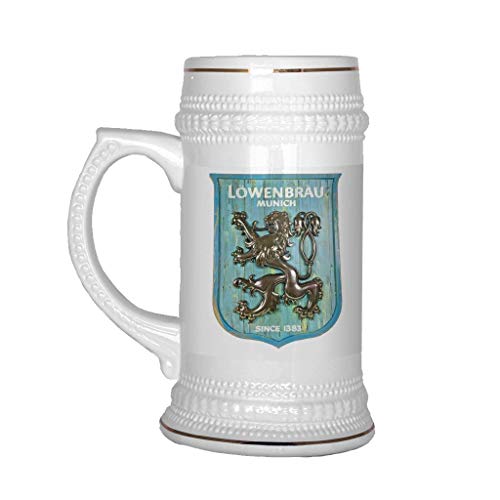 These highly collectible mugs are certain to make any Oktoberfest Beer… German or American… taste better! 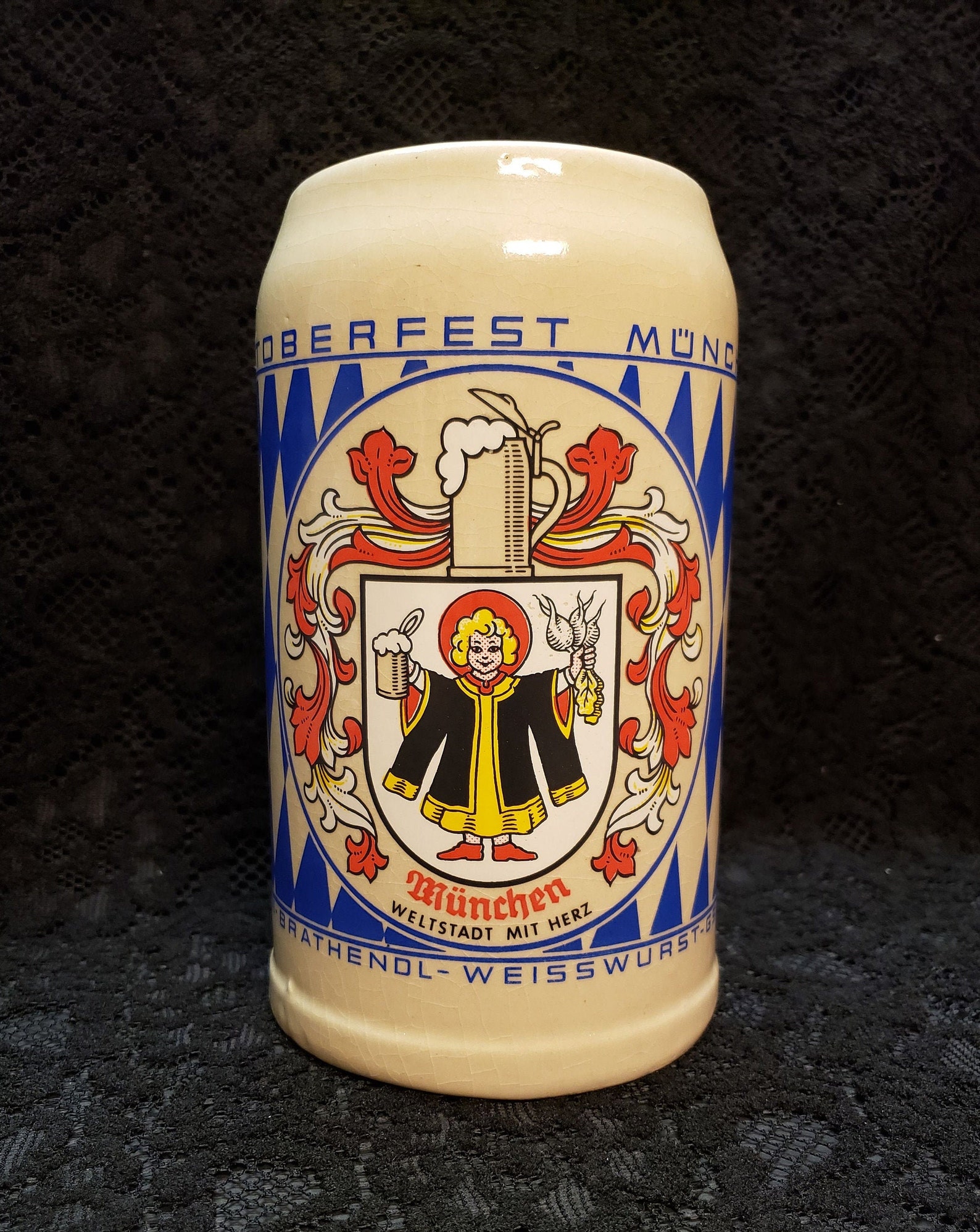 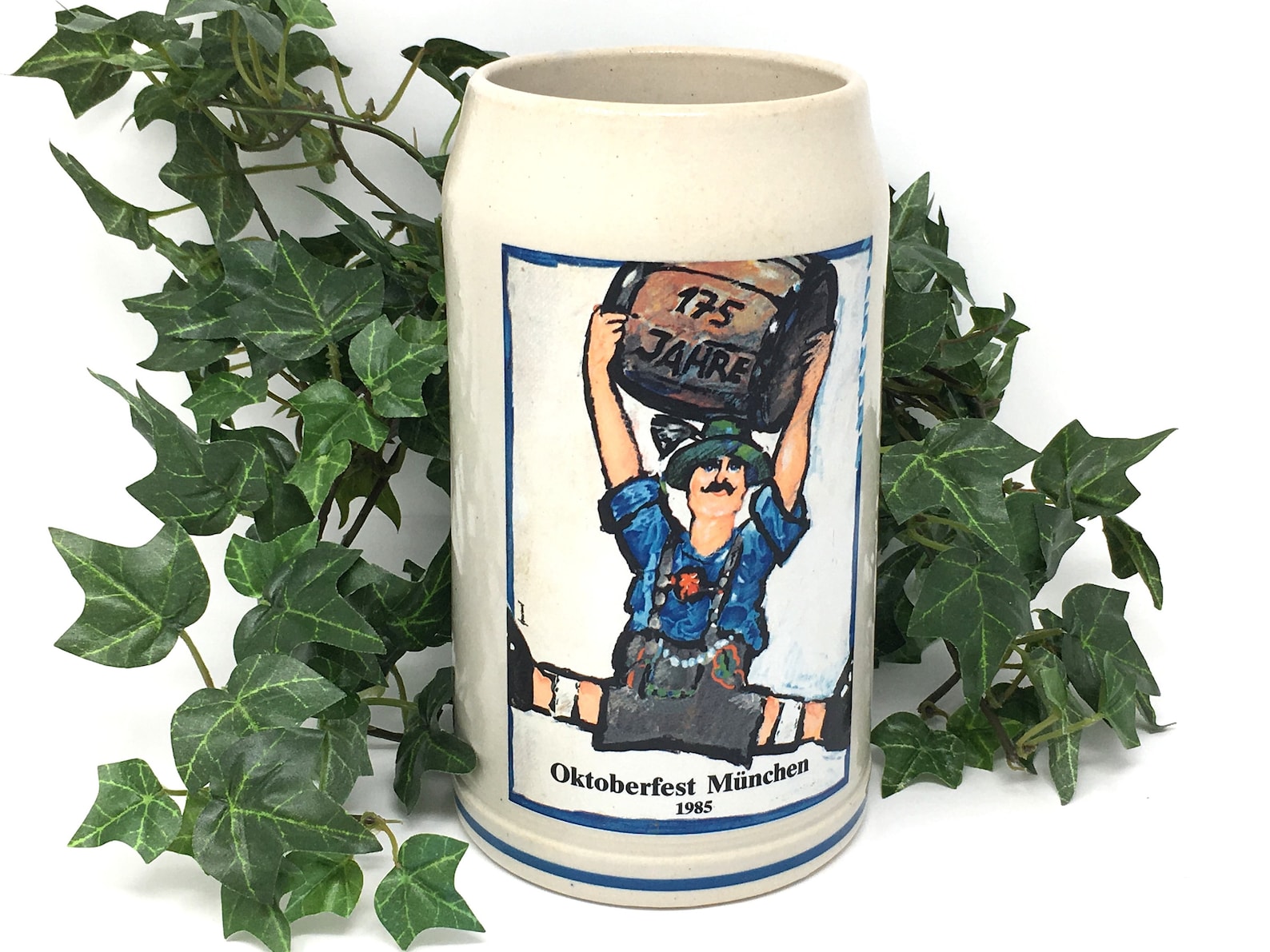 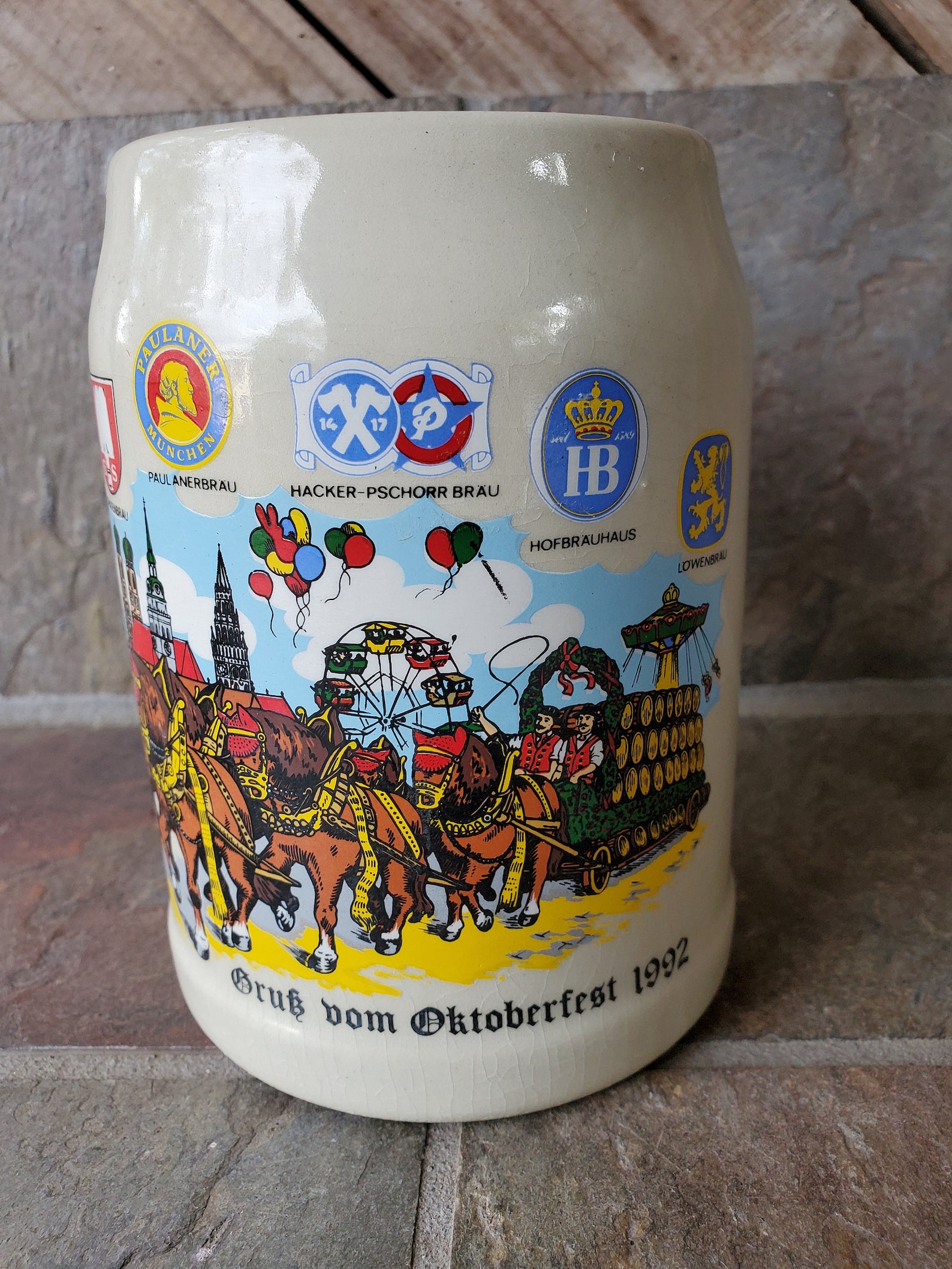 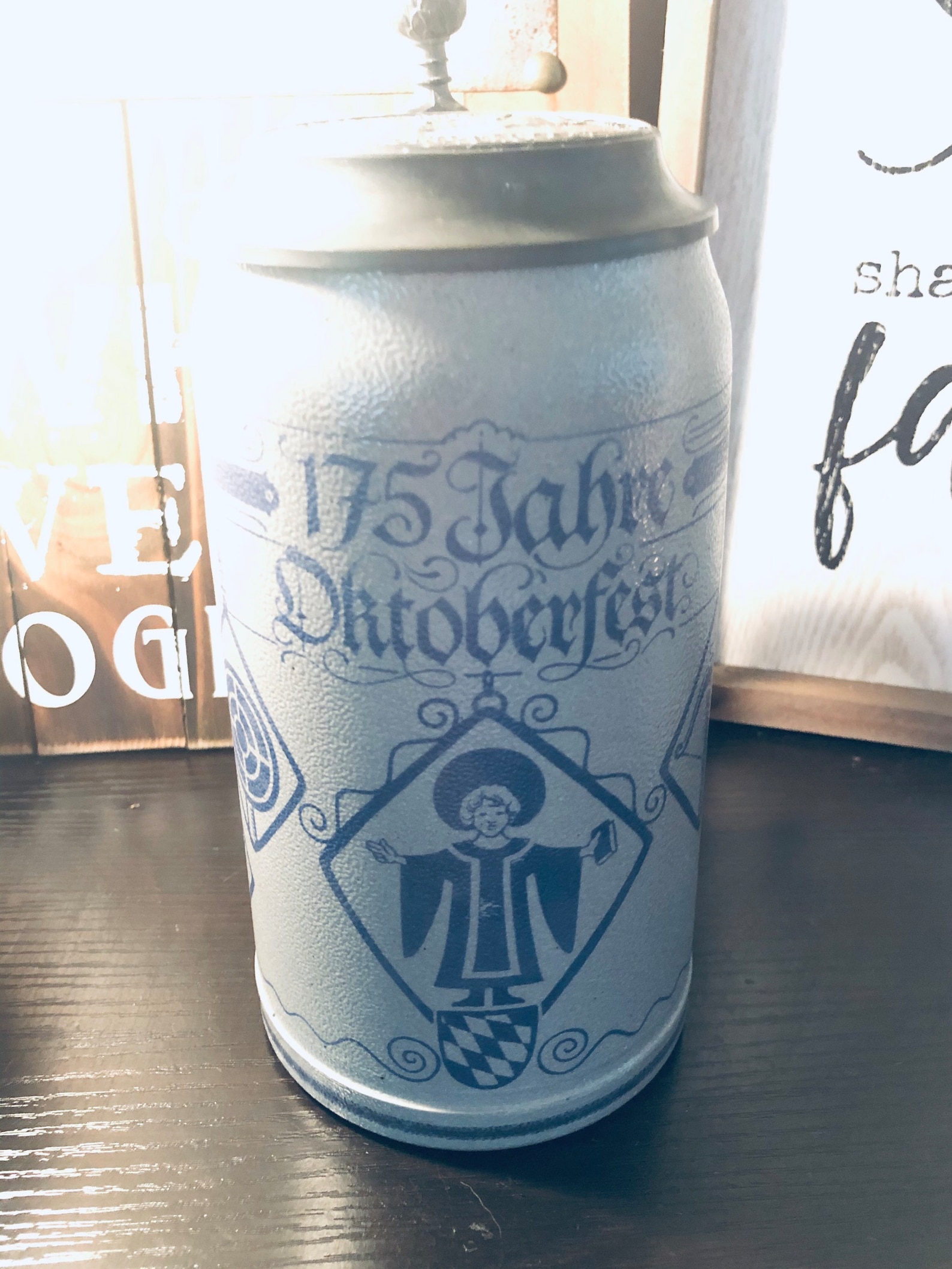 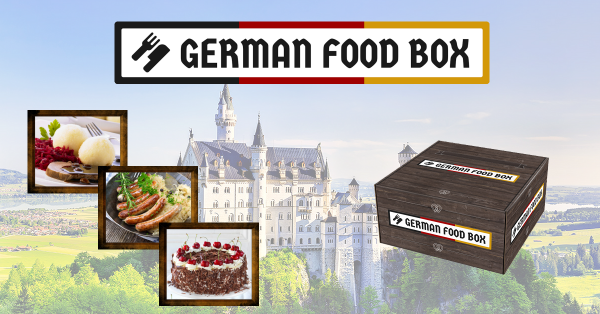