Some people seem horrified that Germans will mix Beer and Soda. But think about it, Germans do seem to enjoy putting simple things together to make them bigger, better, more complete… or at least, different. You will see this tendency over and over in language, for example the word “Fußgängerübergang” (Pedestrian Way Bridge). And this quirk also spills over into German Drink Recipes. Can’t decide between a Coke and a Fanta? Order a “Spetzi” and get both. Not sure if you want a beer or a soda? Order a “Radler” or an “Alster”.  And unlike the days where we would mix a splash from every faucet in the drink fountain at the local Pizza place to make a “Suicide”, these German Drink Recipes are actually real recipes with set proportions. You can order them in any restaurant or bar in Germany, and it sort of makes you look like a local.

To make things even more confusing, some of the German Drink Mixes have names that are VERY regional… so a Krefelder (beer and coke) is also known as a Diesel, and as a Drecksack. I will list as many of the names for the mix as I can find, and I’m sure I will continue to learn new ones. 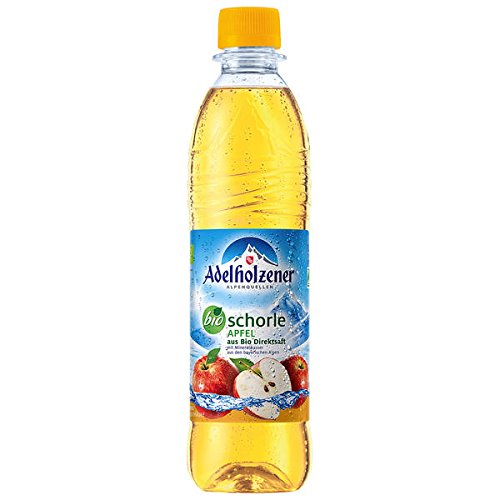 These are made from Juices, Sodas and fizzy water. Some even come pre-mixed and bottled.

Apfelschorle is found on just about every German Menu I’ve ever seen. It’s a simple mix of Apple Juice and Sparkling Water. The sparkling water cuts the sweetness of the juice and makes a really refreshing drink. When you order it, it comes either pre-mixed… or you get a little glass of Apple Juice, and a small pitcher of sparkling water.

This classic since the 1950s is a mix of Cola and Orange Fanta. The name was trademarked by the Brauhaus Riegele in Augsburg, Germany, so they are the only one who can sell Spetzi in a bottle and call it “Spetzi”. If you want to make it yourself, try to find  but you need to use German Fanta, the American version is too sweet for the people who are in-the-know. (Rumor has it you can use San Peligrino Soda instead for a closer match). 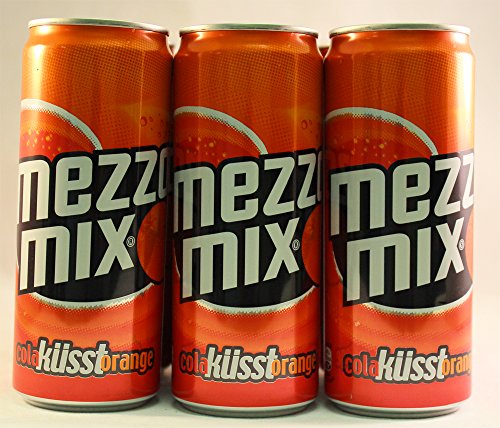 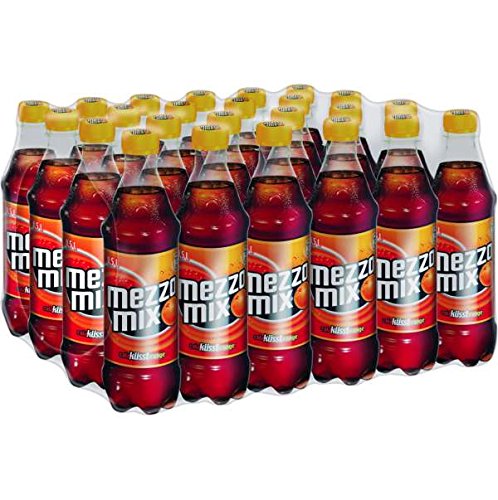 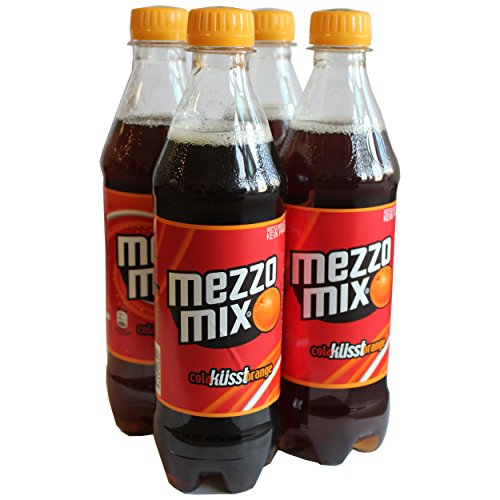 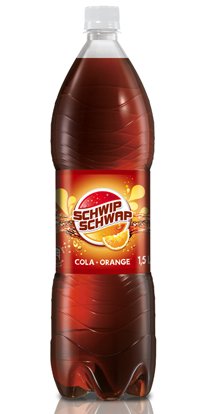 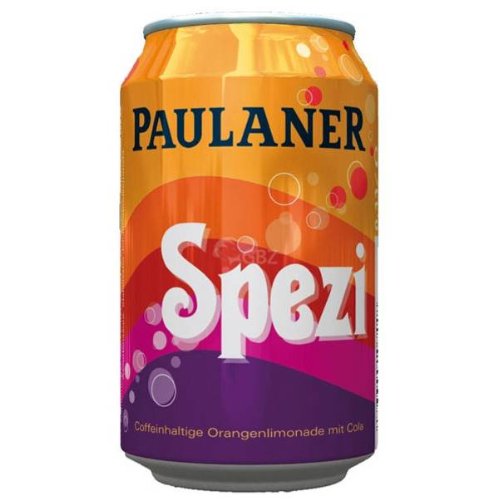 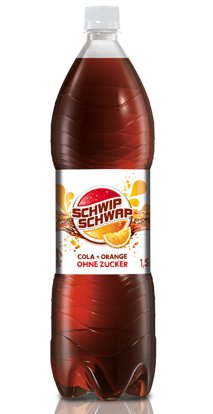 Get the authentic flavor with these imported German Sodas 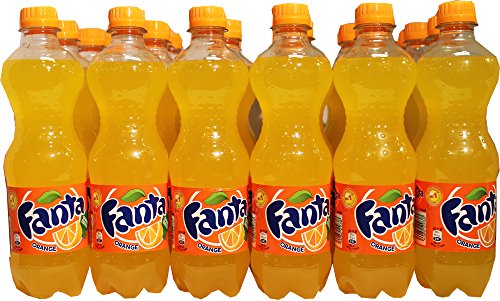 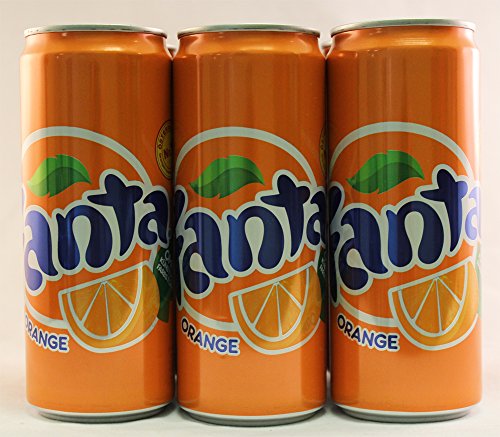 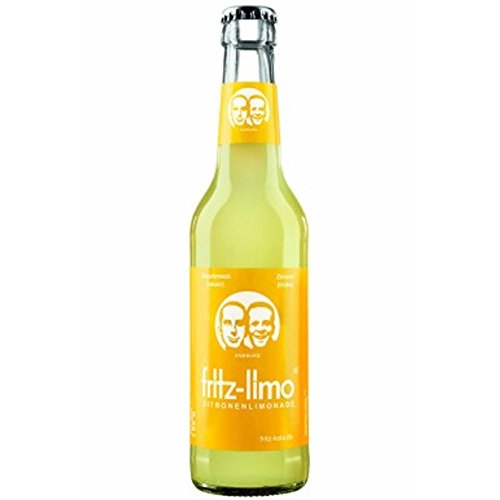 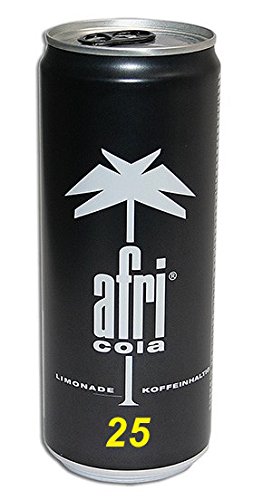 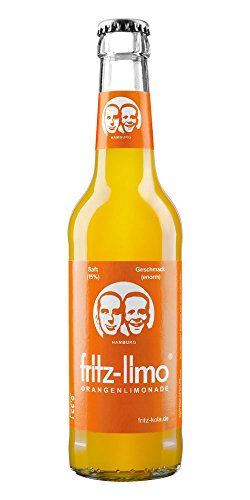 Germans do love their beer… but they also love being social. Mixing the beer with soda or juice means that you can drink MORE, but it only affects you half as much (or so the thought process goes).

Legend has it that is Grand Daddy of Beer mixes was invented by a clever innkeeper who knew he had a bunch of cyclists arriving, and not nearly enough beer to satisfy the group. He mixed Beer and German Lemon Soda and served it the Radler (bicyclists) who LOVED it. Refreshing, but not too filling.  (It’s best to use a less sweet lemon soda like San Peligrino, because Sprite is rather sweet… but if you like it that way, go for it)

Like a Radler, this is a mix of beer and soda, but the Diesel uses cola instead of a clear soda. In fact, the name Diesel is a reflection of its appearance. And Drecksack? That’s the name the dishwashers in Cologne came up with it…. apparently, the glass looks like a mess after you drank the Drecksack….

You will also find that some areas call their beer and cola mixes different names according to what kind of beer you are mixing in.
Colaweizen mixes cola and Hefeweizen
Turbo or Flieger (Aviator) is Weißbier with Cola
Brummbär (grouch) is a mix of cola and a stout or porter.
Greifswalder (from the Mecklenburg-Vorpommern area) is a mix of a black beer called Köstritzer with cola.
Gespritztes is a Pilsner mixed with Cola.
Heller Moritz is an odd mix of beer and sparkling wine.
Herrengedeck is a Heller Moritz with a shot of Schnapps (Careful, this one is a double punch, and some places actually regulate how many you may order)

It’s not all Soda. In Germany, it is not uncommon to find Beer mixed with juices or liqueurs.

I’m not a fan of Bananas, so I think I will pass on this mix of Beer and Banana Juice… but to each his own.

This special sour beer is served with Raspberry or Sweet Woodruff syrup. 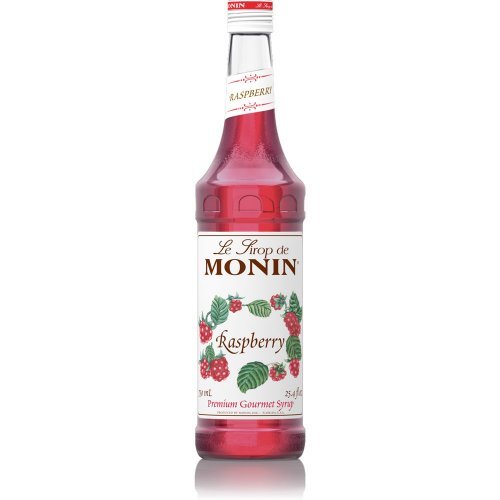 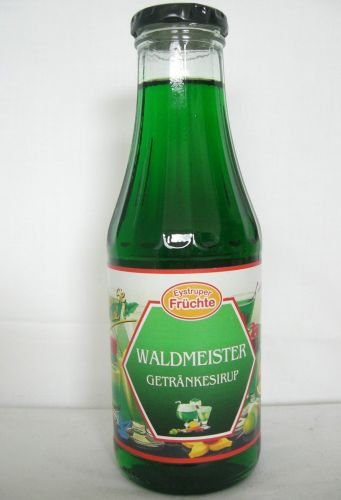 It’s not surprising that Germans will mix something into their wine as well. This cuts the alcohol content, and makes the drink more refreshing.

This simple mix of  wine and sparkling water is fairly common, and delightful on a warm day.

I don’t know who came up with this (or why… it sounds awfully sweet) is a mix of Red Wine and Cola. I have to try it some day.

Are you REALLY thirsty, and plan to stay a while? A Lanternmaß might be perfect for you. Take a Maß (those 1 Liter Steins) and fill it with .5 liters of white wine, and .5 liters of lemon soda… add a shot of cherry liqueur (don’t mix it, the cherry liqueur looks pretty at the bottom!). Ironically, the LAST sip of this drink is the strongest…)

Don’t forget the most popular German Wine Drink of all… Glühwein! This hot mulled wine is EVERYWHERE in Germany during the winter. Made from red (or white) wine and spices. Find the recipe HERE–Glühwein Recipe

Go beyond the simple soda or beer! German’s do love to mix drinks… and I hope now you will try some new beverages both while traveling AND even at home!

0
0   0
previous What is Oktoberfest Bier? And what makes it Special?
next Some of my Favorite German Cookbooks in English