Home German Products I Love Who are those Cartoon Men on German TV? The Mainzelmännchen!!!

Isn’t it nice how the little things can make you so happy? One distinctly German cartoon that brought me endless delight was the Mainzelmännchen! These little animated men on German TV would come on during the commercials in quick animated spots that just made us LAUGH. Over the years, these adorable little guys have appeared in 50,000 spots! They have their own names and personalities, and have developed a huge fan base of their own. But there is much more to them than just silliness… it turns out, they are there for a reason. Learn more about the Mainzelmaennchen, those little cartoon men on German TV.

If you’ve watched channel ZDF in Germany any time after 1963, starting right around 3:15 when the children’s programming begins (or began, back in the day), you would see cartoon snippets… anywhere from 3- 6 seconds long… of 6 little men (or boys) called Mainzelmännchen. But they weren’t just there for entertainment. In Germany, the Rundfunkstaatsvertrag (State Treaty for Broadcasting and Telemedia), set standards for all German Television stations forbidding the blurring of Programs and Commercials. The Mainzelmännchen always showed up with a sign that said Werbung! (Advertising!) so you KNEW that you were about to be bombarded with ads for Persil, Mentos (the Freshmaker!) and Fa bath gel.

The adorable characters with an endless sense of adventure were the brain child of Graphic designer, Wolf Gerlach. The name Mainzelmännchen, in typical German fashion, is a combination of two words… Mainz (the city that headquartered ZDF), and Heinzelmännchen, those helpful elves from Cologne. Then, to keep things practical, he named them Anton, Berti, Conni, Det, Edi and Fritzchen (letters A-F). In the beginning, the snippets were only in Black and White (and they lasted a little longer). Still each one of the little men had their own “look”.  In 1969, color television came along, the Mainzelmännchen became colorful too.

Watching them in the 1970s was an endless wonder for this kid from California. I was used to American Television, where programs are constantly interrupted with a bombardment of commercials, and many of the children’s shows were just vehicles for selling cereal or toys. Here were some funny little cartoons that were pure entertainment. The boys never fought, never got really hurt, and never hurt anyone. The tales had to be told quickly, but the artists managed to capture the whole story in just a few seconds. And even though they barely spoke, we kids knew EXACTLY what they were saying!

By 1995, each of the 6 came to have a distinct personality, and even backstory. You have the lazy Anton, the super  industrious Berti (in the green shirt), the musical Conni (in the blue cap), the clever Det (who wears Glasses), the mischievous Edi and the athletic Fritzchen.

In 2003, ZDF caused a HUGE uproar when they changed the animation style of our little friends. Gerlach’s round animation style was traded in for a more modern look based on Japanese Manga. Most distressing, 2 of them,  Edi and Fritzchen, no longer wear caps! The Mainzelmännchen were also given an upgrade in their devices… now you would see them using mobile phones and laptops.

See how they look now

Together, and separately, Anton, Berti, Conni, Det, Edi and Fritzchen have been in 50,000 snippets since their introduction. Each snippet takes a team of 35 animators to complete (and each second of the snippet requires about 25 drawings….). Almost 1000 new snippets are produced each year. And what do they do during these snippets? EVERYTHING a kid would do! They play ball, swim, paint Easter Eggs, fly paper airplanes and kites, eat ice cream…. and so much more.

The Mainzelmännchen developed a following of their own.

It’s not a huge surprise that the Mainzelmännchen became a commercial success. You could buy figurines of our little friends, coloring books and story books. There were watches, pillows, and even puzzles, and everyone’s favorite collectible sticker albums,  all with the Mainzelmännchen on them. A Mainzelmännchen record album was even released (pretty amazing, when you consider how little they actually spoke). Today they even have a Techno-Album!!! 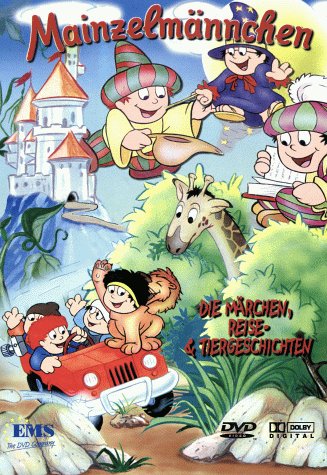 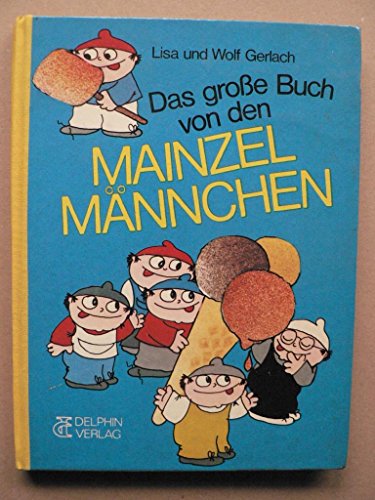 Their snippet success led to bigger slightly longer videos, and a mini-series of sorts was produced called Sender Nordlicht. This story of a Pirate Radio Station who decides to boost their ratings by kidnapping the Mainzelmännchen came on in the 1970s… for 5 minutes every night before the 7 o’clock news broadcast.

In 2003,  a children’s program called “The Mainzels” appeared, but only lasted for one year. The 5 minute episodes showed the Mainzels (in the old style animation) having adventures in their little house. But it wasn’t just the 6 boys,  2 Mainzelmädchen (GIRLS!) and a dog, Guudenburg, came along for the ride.

Today, at over 50 years old, the Mainzelmännchen are still going strong, and are more popular than ever. In 2013, the Mayor of Mainz made  Anton, Berti, Conni, Det, Edi and Fritzchen honorary citizens (an honor that is normally only bestowed on actual humans). And in 2016, the first Mainzelmännchen Ampelman was put up, and more are coming.

Who Else Collected these Figurines!??? 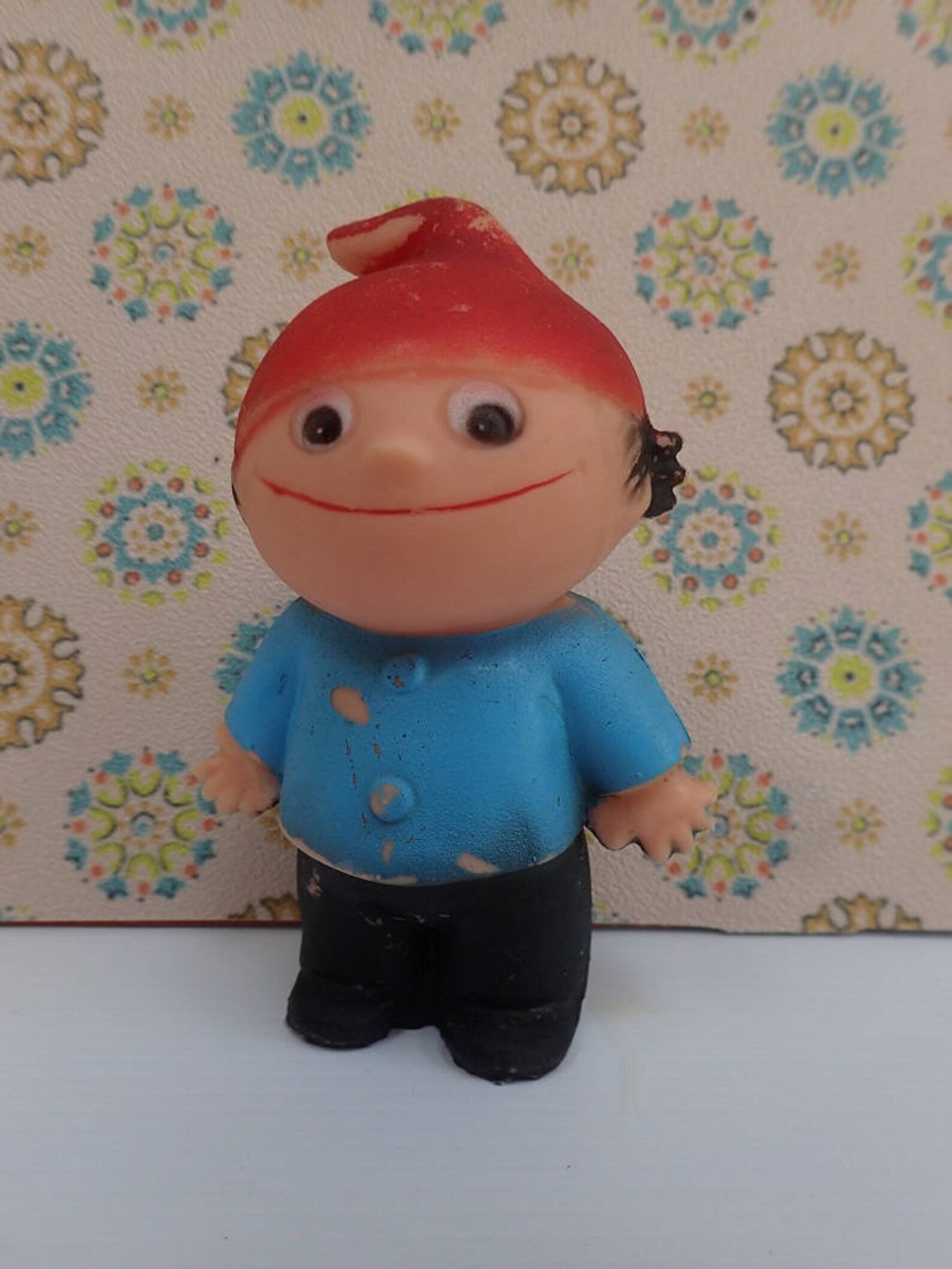 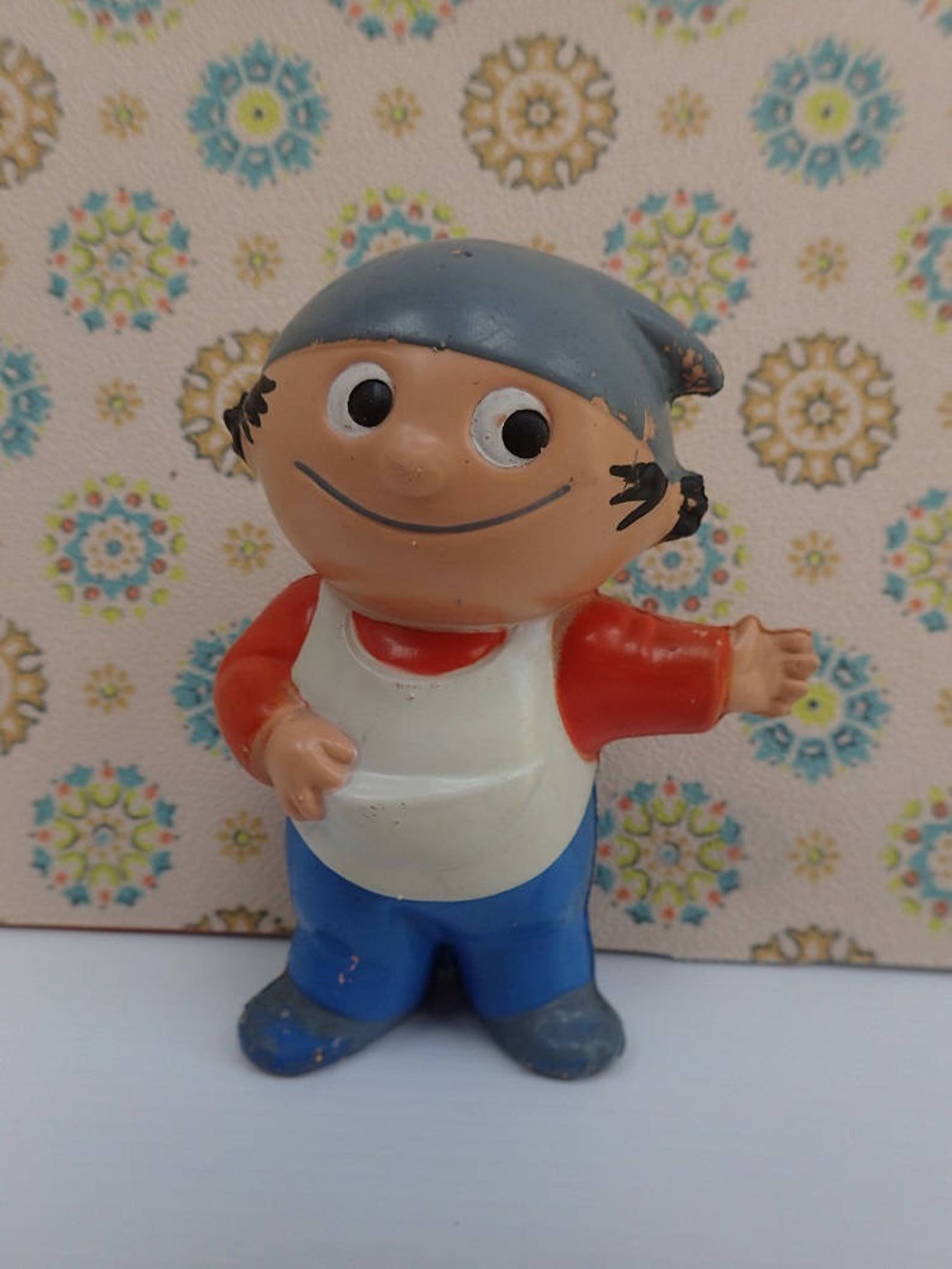 Sing and Dance with the Mainzelmännchen!

Put on your cartoon feet… and go have some fun!! 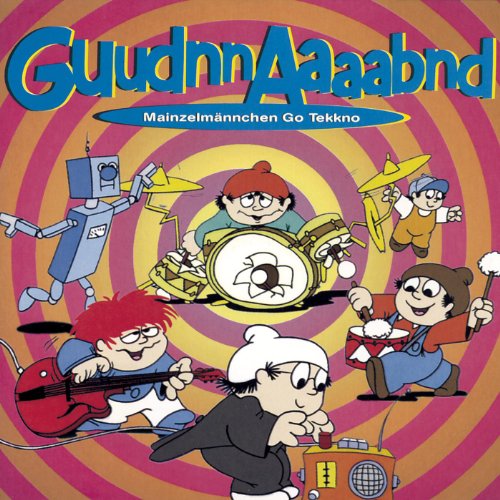 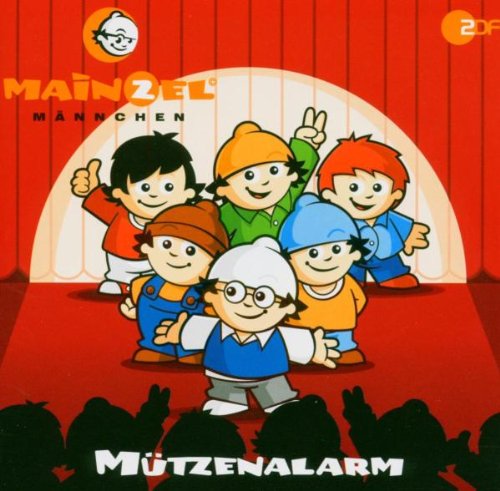 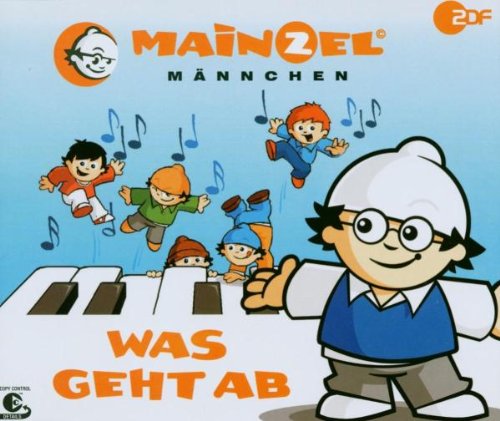 Was geht ab/Hand in Hand [Single-CD]

Which Mainzelmännchen Clip was YOUR Favorite?

-1
4   1
previous What is a Tante Emma Laden? A Corner Store with a Special History
next Shopping for German School Supplies- It's Much Different than California