Germany is a land of legends and real Fairy Tale locations, and the most amazing thing is that you actually can visit these places! Ancient forests, Castles with high towers, wide open fields, and Statues. Imagine, visiting an enchanted castle where Sleeping Beauty waited for her prince, or wandering the forest where Little Red Riding Hood met the Wolf. You can spend the day in a village where all the children were whisked away by a mysterious Piper, and even see the house where Snow White lived with 7 Dwarves.

Set your imagination free! Relive your childhood! Visit the sites in Germany where Fairy Tales and Legends came to life.

Who knows?  …. maybe there is a Princess or a Prince waiting for you…

Most of these locations are along the Fairy Tale Route … visit one, or visit all of them. 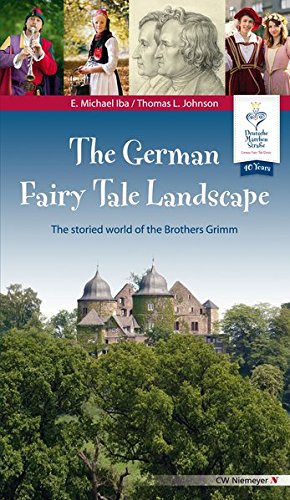 The German Fairy Tale Landscape: The storied world of the Brothers Grimm

Situated high above Trendelburg in the Rheinhardswald forest overlooking a deep ditch is the 14th Century Trendelburg Castle, is a fabulous fairy tale location, complete with 40 meter tall Rapunzel tower. Look carefully, and you can see Rapunzel lowering her blond hair out the window to Prince Charming. In order to get to the courtyard, you must pay a 4.50 Euro fee and cross a drawbridge. Every Sunday at 3 PM, Rapunzel herself makes an appearance.

Sababurg, in the state of Hesse, is one of the highlights of the Fairy Tale Route. It given the nickname “Dornröschenschloss” or Sleeping Beauty’s Castle because of it’s mysterious history, and the thick Rose hedge that grows around it and the ivy that covers the tower walls. Originally built in 1334 to be a protective way station for pilgrims to Gottsbüren, 160 years later it became a hunting lodge for Landgrave Wilhelm I. The castle fell into ruins, and as the rose hedge grew thicker, stories and legends about the castle grew. It is said that the Brother’s Grimm were fascinated by the castle, and used it when telling the story of Sleeping Beauty, who slept for 100 years in the Tower while thorns and ivy covered the walls, both protecting and imprisoning her.

Today, the 675 year old Sababurg is a beautiful Hotel and Restaurant with an amazing Rose Garden. You take a Fairy Tale tour of  grounds, great hall and Tower from April to October. Click  for more information–>Dornröschenschloss

In the village of Bergfreiheit, in the district of Bad Wildungen, you will find an unassuming little Half-Timbered house called the Schneewittchen Haus… or Snow White House. Inside you will find 7 little beds, and 7 little caps, belonging to the 7 Dwarves who mined the area. It is thought that the real Snow White was Margaretha von Waldeck, daughter of the local count of Bad Wildungen, and founder of Bergfreiheit. This local beauty was banished by her Stepmother, and mysteriously died from poisoning in 1554 at age 21. The Brother’s Grimm took her story, and transformed it into the familiar Snow White tale we all know and love.

On every second Tuesday of the Month, you can visit Snow White and the Seven Dwarves in the house. For more information–> Snow White House

Statue of Little Red Riding Hood and the Wolf in Treysa.

The north Hessian woods and valleys around Schwalm are the birthplace of the Little Red Riding Hood fairy tale. Rotkäppchen, named for the traditional Schwalmer Red Cap worn by unmarried women if the area (married women wear green, widows, black). Combined with a red cape, you get the image we see in modern Fairy Tale books. The Bronze Statue of Little Red Riding Hood and the Wolf stand outside the train station in Treysa. In the Altstadt, half-timbered homes and buildings that are hundreds of years old are surrounded by a moat. It’s easy to imagine a little girl wandering through the area with a basket of goodies for her Oma. There still are wolves, but they’ve all been relocated to a sanctuary  in Knüll wildlife park. 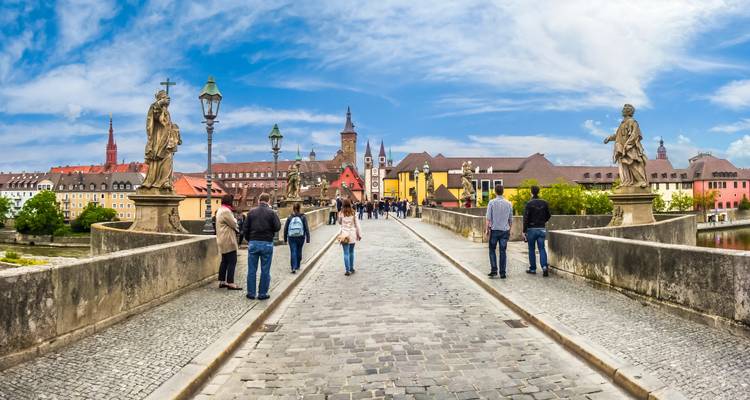 Tucked into one end of the Town Hall Platz in Bremen is and easy to find fairy tale location,  the bronze statue of the Bremer Stadtmusikanten (The Bremen City Musicians) built by Gerhard Marcks.  To those who don’t know the story, it’s an odd pile of animals… a rooster, standing on a cat, who stands on a dog, and all are on top of a donkey. The story says they were cast out of their farms because they were old, and useless. The animals chose to band together and head for Bremen, where they can be free animals, and perform as street musicians. On the way, they came upon a robbers house, where a band of criminals is counting their ill gotten gains. The animals form a pyramid and make such a noise that it  scares the robbers away. The animals live happily ever after. Be sure to pay the statue a visit… grasp the Donkey’s legs and make a wish! And pet his nose to insure that you return again to this beautiful city.

The city of Hamelin, Germany still remembers, very well, what happened in the 13th century. As the story goes, the city was plagued by rats. One day a man dressed in bright colors, carrying a flute, came to town and offered to take care of the rat problem… for a fee. The townspeople agreed, and the Pied Piper played a tune on his flute, and led all of the rats out of town. The people were overjoyed, but irritated because it was so easy. They refused to pay him. The Pied Piper fulled out his flute again, led all the children of Hamelin out of town and into a cave, where they were never seen again. Hundreds of years later, the Brothers Grimm wrote the story down, as a cautionary tale about paying your debts. Today, you can visit Hameln, and see the tale recreated in street performances, but you will also find statues, stained glass windows and even edible Rat shaped rolls, cookies and candies.
Learn more about the Legend of the Pied Piper HERE–>Pied Piper, and 800 Year Mystery 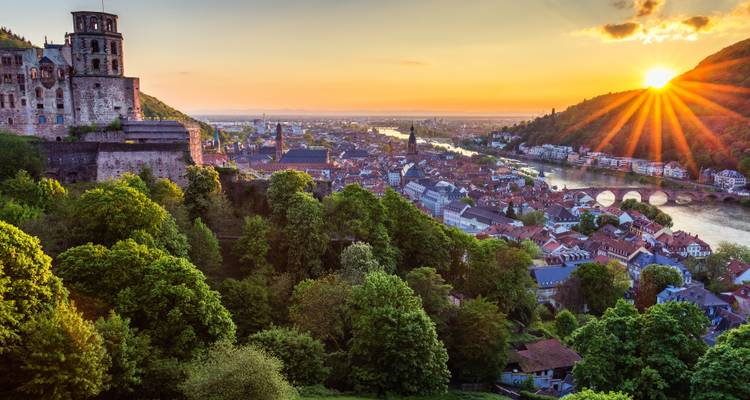 I still hear the voice in my head, “Und das war der Siebte Streich” (“and that was the seventh trick”). Growing up, my parents would read to me from Max and Moritz, the two bad boys characterized by the famous poet and humorist,  Wilhelm Busch. The stories and illustrations were actually based on Busch’s childhood recollections (his friend, Erich Bachmann was Max). The mill where he grew up, and where the tricksters met their bitter end, still stands in the town of Ebergötzen. Take  a guided tour of the mill and see how it looked in Busch’s time…. if you want to, you can even get married at the mill…. or just have a piece of cake in the Cafe. The Brotmuseum is only 500 meters away, and worth a visit as well.

Once upon a time, in the city of Cologne, Germany, the people were helped with their tasks by little gnome-like people called, Heinzenmaenchen. These helpful beings would sweep floors, make shoes, bake bread… and do the thousands of other unfinished chores that were left at the end of the day. Sadly, one day the Tailor’s wife was so curious about who was finishing the work, that she set a trap. She sprinkled dried peas on the floor to alert her when someone came in. And it worked… the Heinzelmaenchen slipped on the peas and fell with a huge crash that woke the whole house. They ran off into the night, and were never seen again. And from that day forward, the people of Cologne get to do their own chores. You can visit the Heinzelmaenchen Fountain in Cologne… and there is also a statue depicting them slipping on the peas…

There are many German Legend and Fairy Tale Books 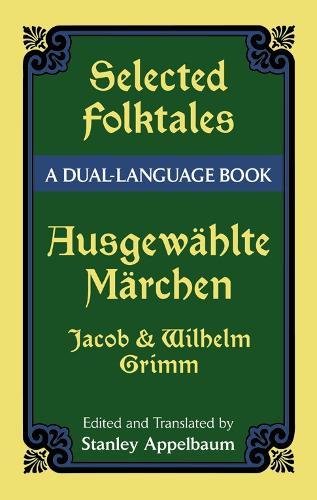 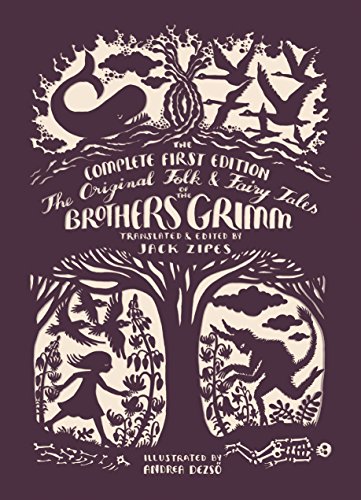 -1
0   1
previous Some of My Favorite Things to do; Germany... What are YOURS?
next Foods They Eat in Germany- Don't Fear the Wurst! Eat it!