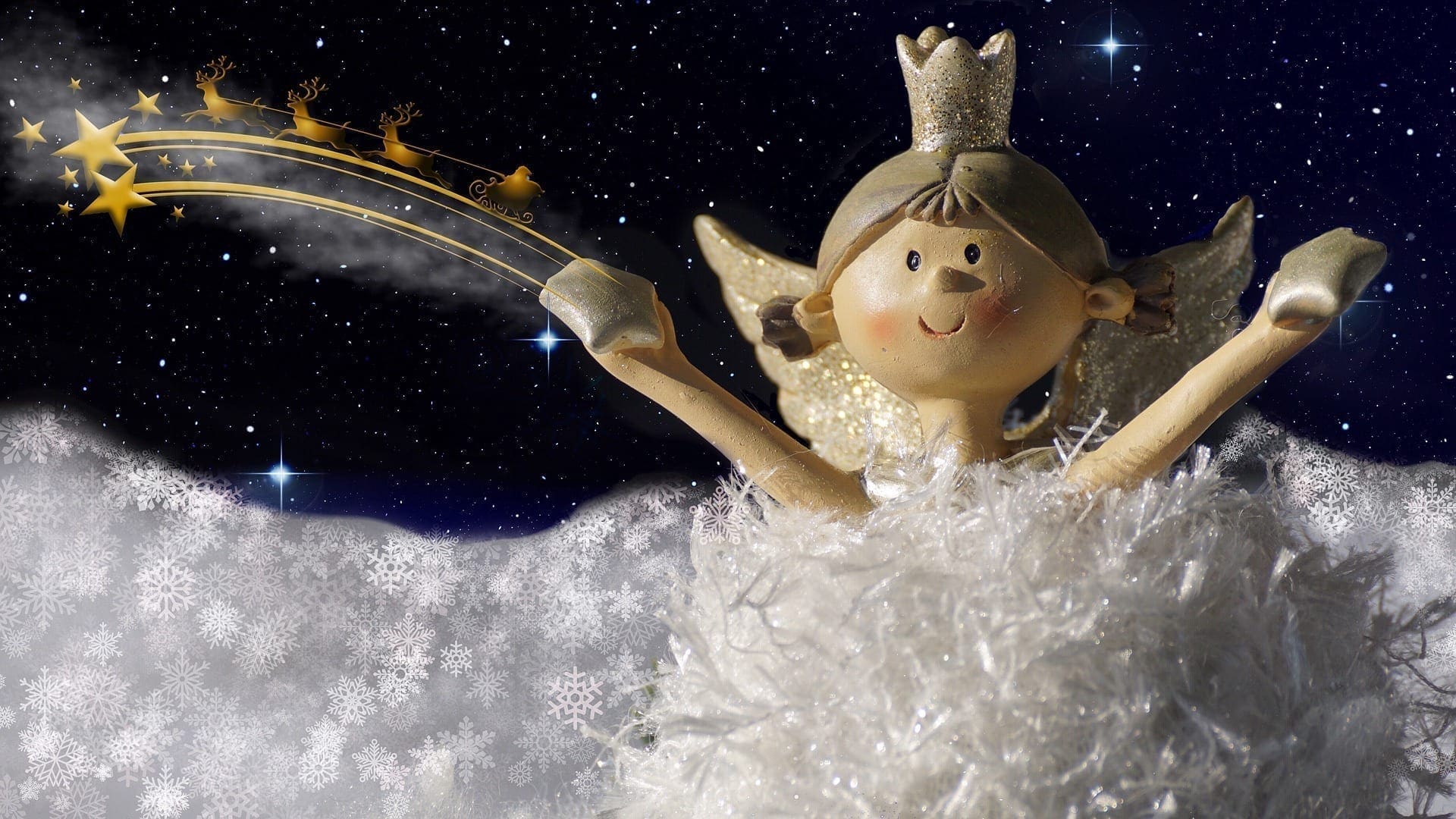 What is the Christkind- The Golden Haired Gift Giver in Germany 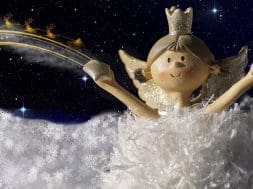 What is the Christkind- The Golden Haired Gift Giver in Germany


Even though I grew up in the United States where Santa Claus dominated Christmas… the presents my sister and I got came from the Christkind (or Christkindl) on Christmas Eve. It was magical! We would hide in our bedroom peering out the window…wondering when she would arrive. The Christkind coming was a special delivery for just for us, since a we weren’t in Germany. Then from the front of the house, a bell would ring! And mom would knock on the door to let us know that the Christkind had come, and left us our gifts. We would all stand as a family in front of the Christmas tree that sparkled with tinsel… the room bathed in candlelight.. and we would sing, until finally it was time for the Bescherung (opening gifts).

But what is the Christkind? 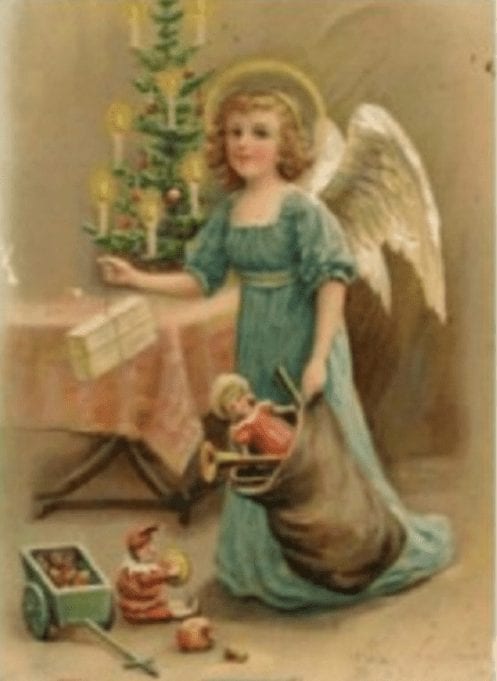 What is the Christkind?

The story goes back to the 1600s, to the time of Martin Luther and the Protestant Revolution. Until then, children got gifts on Dec 6, St Nicholas Day. They left shoes out overnight on the 5th, and in the morning would find them filled with treats if they were good… and coal if they were bad (or worse, one of Nicholas’s companions would take a switch to them, or haul them off!!). Martin Luther wanted to de-emphasize the Catholic Saints, and put the focus on Christ’s birthday, and the kids got the gifts were to celebrate his birth.

While Martin Luther’s original intention was that the infant Jesus brings gifts, over time, the image of a baby bringing gifts sort of transformed into an angelic figure with golden hair topped with a crown and golden wings, a female angel with Christ-like qualities.

Why is the Christkindl a Girl? 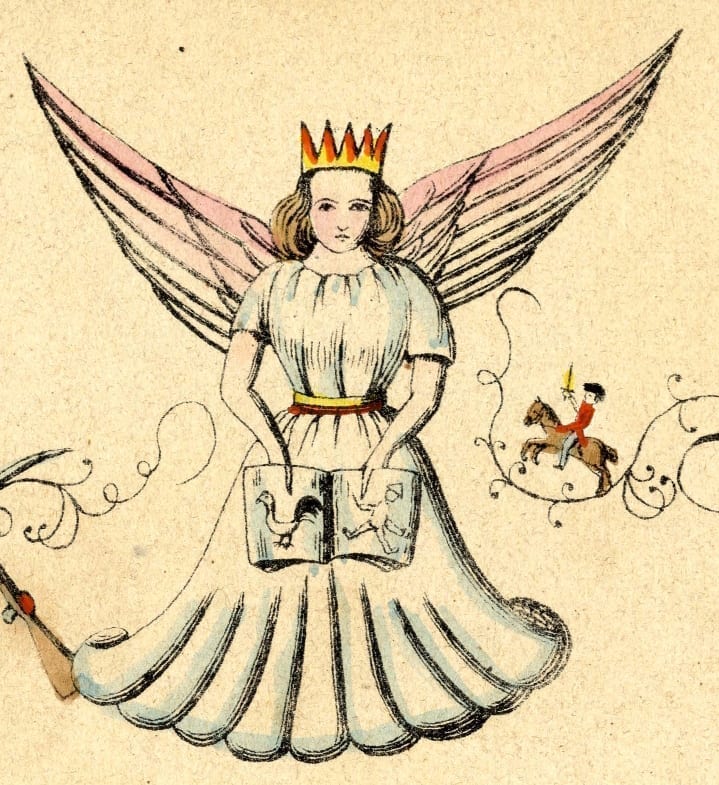 In the Middle Ages, Christmas Plays were a popular form of entertainment. The Angel, who announces the birth of Christ was a star player, often dressed in golden robes with a golden aura. This character would be played by a girl. As time went on, the golden ethereal image of the angel blurred with the image of the Christ child.

In 1969, the city of Nuremberg solidified the image by having a teenage girl play the role of the Christkind who oversees the Christkindlmarkt.

As Europe became more secular, the lines began to blur. In the 19th Century, the Catholic Church in Germany adopted the Christkind as the gift-giver on Christmas Eve. You will find the Christkind bringing gifts all over Germany, and in much of Latin America. Some say that the Christkind even accompanies St Nicholas on his rounds with St Nicholas!

And then things get blurry again. Christkind (German “Christ-child”) is the traditional Christmas gift-bringer in Germany.

The Christkind and the Weihnachtsmann

In the 1990s Germany began to see more and more of the American Santa Claus figure, in movies and advertising. Known as the Weihnactsmann, he is a completely secular gift-giver. (I can just imagine that German parents now have to face what my parents did… only in reverse). Traditionalists in the Catholic and Lutheran church are advocating for a return to the Christkind… to bring the religious meaning back to Christmas. How this will play out remains to be seen.

Do you get a visit from the Christkind?

In my heart I will associate a ringing of the bell with a visit from the Christkind, and the golden light and gemütlichkeit of Heilig Abend or Christmas Eve. I hope my children do too.

Children’s Books about the Christkind 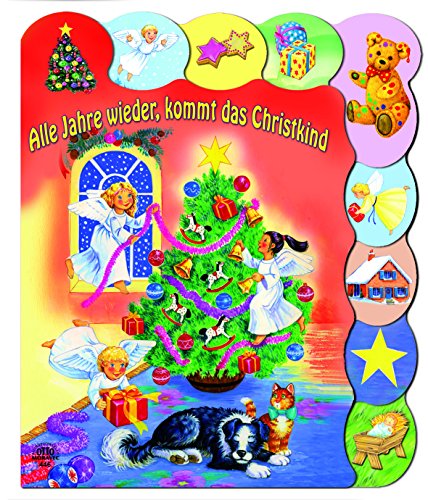 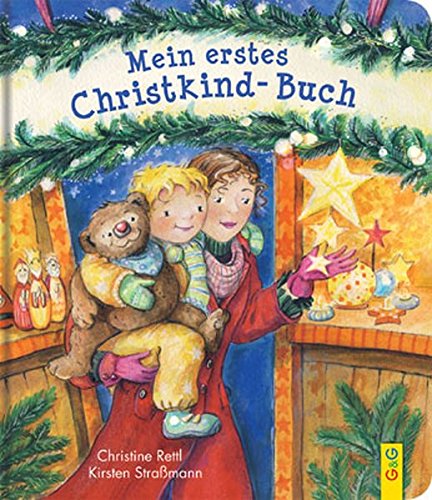 tags: what is the Christkind
0